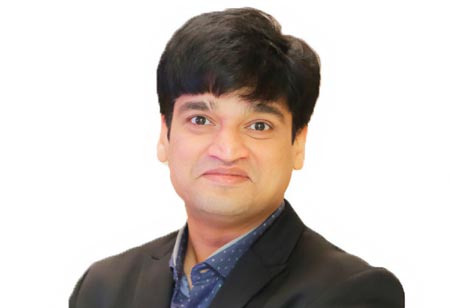 Keenly interested in mentoring new startups to scale their businesses, Amit is on the mentorship board of Nexus for APAC, and heads India Region at Reliance Capital Group.

US Dollar has been the reserve currency for the world post World War-2 & had been in dominant position for more than 80 years now. US become dominant Economy of Worlds post 1971 when US President Richard Nixon removed Gold Standards which used to back $ as world reserve currency . Since that time all Global currencies are backed by US Dollar (not Gold), as everyone has unshakable faith in US Economy.

Today around 90 percent of Global Trade & 60 percent of the Foreign exchange reserves are backed by the US Dollar, However by 2040 you may observe this trend of $ dominance may decline significantly. Currently US GDP is close to $22 trillion while its National debt is close to $27 trillion, which is almost 123 percent Debt to GDP ratio, also if we count overall unfunded liability of US Economy, which they have to repay some point of time, then it is around $147 trillion dollar which is almost 700 percent of US GDP. If you assume US Economy as a ‘Stock’, do you think any Investor may continue to invest in US economy? Today all major Economies like China, Russia, Japan all are reducing their investments in US bonds & increasing their allocation to Gold.

Also we believe with such a low interest rate of 0.6 percent per annum even US Bonds bull market may be coming to an end by end of year 2030. This bull market of US Bonds started in 1981 when US Bond rate was close to 11 percent to 12 percent & today it is less than one percent, so ideally this bull market in US Bonds may be in the last leg of its multi-decade bull run.

So when all major economies are withdrawing from US, then who is investing in US Economy? So the answer is US Fed, who always creates new money whenever US Economy is in crisis, as it has unlimited power of printing fiat money. They did so in Financial Crisis of 2008 & now they did it again during covid-19 pandemic. US Fed has created almost $4 trillion dollar in last six months through stimulus package. On lighter note I can say that US Fed has created another India in last six months by printing fresh money.

If you go back to year 2007 that time US Fed balance sheet was close to $870 billion, for which US Economy took almost 94 years, however on the contrary today US Fed balance sheet is close to $7.2 trillion which is almost 700 percent jump in last thirteen year, which is alarming for world financial system of ‘fiat currency’. With so much excessive printing of money US Central bank & that
too without fundamental recovery in US Economy may pose some tough questions to be answered by them to the World.

As I mentioned above today US dollar is just backed up by a ‘belief’ that US Economy will never fail & it is not backed by any Gold or any other Standard. Any further slowdown in US economy may pose serious threat of paying this debt without printing fresh money. Hence the world may be looking for an alternative to $ as a reserve currency some point of time during this decade.

This ongoing decade may be an era of De-Globalization, as world Economies may be looking for self-sustainable Economies with least dependence on outside World. Today China is manufacturing hub of world with almost 40 percent of daily usage items get manufactured in China, while US Dollar commands of 90 percent of Global trade. These both are two extremes, hence post COVID-19 era World Economies may prefer their independent path of self-reliance & sufficiency without being too much dependent on either China or on US. Most of developed countries in the world are moving ahead by keeping this objective in mind.

For e.g. German Finance Minister has already announced that they are looking for alternative to ‘Swift’ which is an International payment system with dominance of US Dollar. Russia & China has already developed their International payment mechanism, where they can make payment by surpassing US $. Even India has made arrangement with Iran where it can make payment to Iran in rupee terms for its oil purchase rather than making payment in dollar. India Also signed largest rupee swap agreement with Japan worth $75 billion to boost trade in local currency.

Also, Indian Government needs to rebalance its reserves in appropriate composition of US Dollar, Euro & Gold. As if RBI keeps on increasing US dollar reserves and $ index keep falling than it may be zero sum game & may hurt India’s reserves on overall basis in long run. This is directional view keeping above factors in mind beyond year 2021. Hence each entrepreneur should keep above facts in mind for building their business plans in ongoing decade of year 2030. They should start diversifying across countries & currencies to have risk proof business model.
Read More:

The New-Age KYC Technology for the Post-Pandemic World