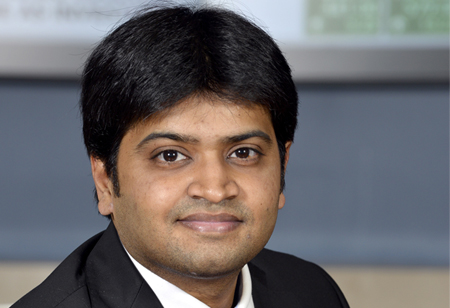 The three pillars of sustainability – economy, society, and the environment – need to be at the core of all the future-centric strategies. Now, with the advanced and sophisticated technologies at our disposal, sustainability equals smart. The focus is on building a smart ecosystem built on smart technologies to lead toward a smarter future.

The pandemic has created unprecedented circumstances for the global landscape, and necessitated the implementation of extraordinary measures. The frenzy to get ahead on the digital curve to deal with this pandemic raised a few important questions – would we be better at handling this health crisis if we were already at an advanced digital stage? Would having a smart city ecosystem have helped implement strict social distancing measures and contain the virus earlier? The answer is probably, yes.

Accelerate, don’t Curb
The pandemic resulted in a sudden overturn of events, and consequently organizations had to reprioritize their strategies. Due to the heavy cloud of uncertainty brought along with the pandemic, enterprises postponed their investment plans in next-gen technologies and several governments also put their smart city projects on hold. However, during the time in which digital became the only escape to deal with the uncertainty and ensure the continuity of business and life in general, it would have been better to accelerate instead of curbing those initiatives.

For example, as Singapore’s smart city response to COVID-19, the government deployed a semi-autonomous robot dog to preach and monitor safe social distancing measures in the city’s largest parks. Equipped with cameras, locally developed video analytics for estimating the number of park visitors, safety sensors to avoid collisions, and a sound system for broadcasting, the robot dog called Spot was leveraged to reduce the requirement of manpower as well as to ensure minimum contact between officers and visitors.

Realizing the necessity of digitalizing for survival and continuity, there has been a recent positive approach observed toward smart city projects. The projects that were deferred to deal with the pandemic are now being put into motion again, while many cities are also announcing new initiatives.

IoT & Data
A smart city employs digital technologies in the form of IoT devices to gather data, which is then used to improve the operations across the city. IoT devices are deployed in the form of connected sensors, lights, or meters across city infrastructure, public utilities, and services to collect data that forms the cornerstone of any successful smart city project.

It allows the authorities to understand the consumption pattern of citizens, determine the gaps and opportunities of improvement, and derive insights to bring high efficiency in the overall city operations.

With the help of real-time data intelligence, the government agencies can optimize the mobility, connectivity, and safety services, while attracting higher citizen engagement. In case of a pandemic like COVID-19, the real-time availability of this data can empower the respective agencies to track and trace the source of information much easier and much faster.

The Question of Security
Data privacy and security have been the biggest concerns for the citizens, hindering a wider adoption of smart digital technologies. For the citizens to feel assured while sharing their personal data, it is important to secure the digital platforms, the IoT devices, and the end-to-end smart city network against the potential attacks.

The global market of the smart city platforms will be worth $236 billion by 2025, revealed a recent study. While this growth could be attributed to the rising number of smart city initiatives, it is critical for the platform providers to bestow maximum priority to cybersecurity.

With multiple interdependencies and high complexities, there is a large attack surface in a smart city network. Once penetrated, it might become a gargantuan task to trace the source of attack. From smart traffic control, city management systems, location based services, SaaS-based solutions to social media, surveillance cameras, mobile applications, smart public transportation, and sensors may be the source of security vulnerability that hackers could exploit.

In one of the recent cases, cyberattackers used a ransomware to infect the important systems of the City of Atlanta, and demanded the ransom of $51,000 in digital currency. The major cybersecurity issues that a smart city face usually arise due to poor or nonexistent security practices, encryption issues, insecure legacy systems, patch deployment issues, absence of cyber attack emergency plans, and lack of cybersecurity testing.


A smart city employs digital technologies in the form of IoT devices to gather data, which is then used to improve the operations across the city

With so much at stake, it is absolutely necessary that appropriate security protocols and compliance standards are established. Strict cybersecurity guidelines should be issued for all the smart city platform manufacturers. The smart city platform providers must ensure to perform end-to-end security testing and penetration testing to ascertain maximum protection for the citizens.

Foolproof security is the first step to building the trust among citizens and ending the apprehension toward adoption of smart city solutions. With security and citizen’s trust at the core, smart platforms can support the economic, societal, and environmental pillars of sustainability. In turn, a smart city would not only enhance quality of life, but will also be the propagator of a digitally-smart and sustainable future.

A Detail Gympse On The Past, Present & Future Of Retail & Commercial Business