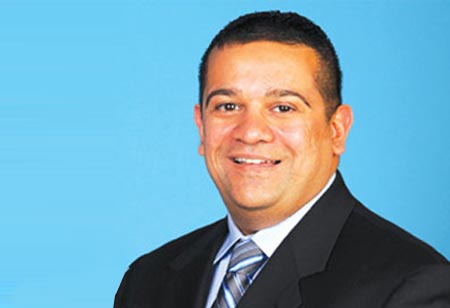 Maulik, in his career spanning 16 years, has worked across an array of companies that include Baylor College of Medicine, Massachusetts General Hospital, Harvard Medical School, and University Health System, to name a few.

Challenges in Tackling the Entry of AI into Healthcare
One major challenge in the healthcare space may be the variability and complexity of human beings (patients) and their medical conditions. In early stage analysis, having a population with a certain level of predictability or standardization is an easier place to start. For standard ‘textbook’ patients, this difficulty may be less of an issue.

To help support the expansion of AI in healthcare, it is important to identify the correct individuals who should be involved, but also involve individuals at all levels. The correct individuals include those who have the specialized training to understand healthcare (physicians nurses, et-al). However, it is also necessary to include employees who are able to ‘think outside the box’ and can think of hospital operations from ‘macro’ and ‘micro’ levels. Furthermore, involving individuals at all levels (meaning as many stakeholders as possible, including physicians, nurses, hospital administrators, LVNs/MAs, techs, ancillary staff) will lead to a much better product with much better adoption as everyone will feel a part of it-and reduce ‘defensive posturing’. To seamlessly
implement this, IT and clinical staff should be encouraged to collaborate and work together.

An Interesting Use case
Much of the support structure for hospitals can be handled effortlessly by AI. For example it can aid in analyzing big data to find solutions and strategies for both individual health (precision medicine) and population-level health. Moreover, implementation of AI can potentially beneficially affect readmission rates, target genetic factors for potential patient outcomes, provide strategies for keeping people out of the ER with better outpatient follow up, and aid in the better use of PCP care. AI can also help identify locations of hospitals and care centers based on population needs. The possibilities of implementing AI are limitless-if our imaginations are limitless.

Looking into the Future
Future leaders should stress the importance of communication openly and freely with all the stakeholders. The leaders should have multiple outlets of information sharing; a single pipeline of information to a group or organization can cause unintended consequences. Any technology for the future should involve clinical staff early and often for clinical input during the IT build phase, not just at the time of the user-interface build or development.

The biggest mistake is to fear AI instead of using our imaginations on how best to incorporate it into healthcare. I think there are going to be fantastic disruptions and improvements for patient care in the future. How far down the line this occurs depends on how well we can imagine the solution to be and how well we can work together.

We have to be cautious of entrenched interests that can potentially create obstacles. It is also important to ensure that the business model is satisfactory to everyone. Ultimately though, like other industries, we have to embrace innovation and progress or be left behind.
Read More: