Digital Dronacharya - The Internet Of Skills 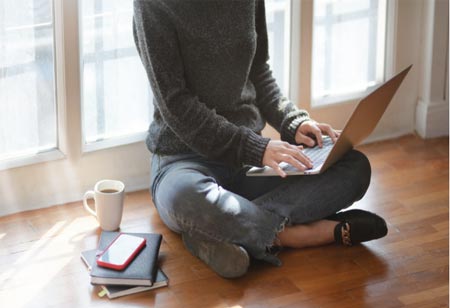 A TEDX Keynote Speaker & Contributor, Amitabh has been associated with Ericsson for over a decade now, prior to which he held the role of Vice President at IBM, and Partner at Price Water house Coopers.

A couple of months ago, I came across a news item about a 10-year-old girl from Guwahati, Assam, who won two golds and a silver medal in rhythmic gymnastics in a national school level competition. Upasa Niku Talukdar won golds as the best gymnast and for the ‘ball routine’ at the CBSE National Gymnastics meet in Haryana last November. The silver was for her ‘clubs routine’. While this in itself was a huge achievement, what grabbed my attention was that she never had a formal trainer. She learnt the sports watching Russian Olympic gymnasts on YouTube.

Her father was completely taken aback when one day he saw her scratching her ear with her toes. On asking where did she pick-up that kind of amazing flexibility, she replied that she had been watching videos of Olympians like Ukrainians, Anna Bessonova, Ekaterina Serebrianskaya and Tamara Yerofieieva and Russians, Irina Tchachina, Yevgeniya Kanayeva and Alina Kabaeva. Upasa, was the new generation of Ekalavya’s learning from her Digital Dronacharya, YouTube; she had just become a part of the growing world of Internet of Skills, that is revolutionizing learning and transforming experiences across industries.

By enabling the delivery of physical experiences remotely, the Internet of Skills will revolutionize operations and servicing capabilities for industries. It will transform the way we teach, learn, and interact with our surroundings for consumers. It will be a world where our best engineers can service cars instantaneously around the world, or anybody can be taught how to paint by an artist who is from the other side of the globe.

With blazing fast speeds, massive bandwidth and capabilities like network slicing from 5G, the Internet of Skills will have the enabling communication technologies to transform our capabilities in unimaginable ways. Wearing haptic gloves, a piano teacher from Europe could teach a student in India in real time; the student and teacher feeling the same sensations as they hit the keys simultaneously. It is almost as if the hands of the teacher in Paris are guiding the fingers of the student in Kolkata. Aided by AR & VR (Augmented and Virtual Reality), the student can also feel and learn the same way she could pick-up her lessons seating next to a teacher!
Whilst haptic communications have been around for a long time and the principles of the zero-delay Tactile Internet have long been laid-out, the design of an Internet of Skills requires a ground-breaking cross-disciplinary approach in combining communication engineering (communications, networking), computer science (artificial intelligence, data science) and mechanical engineering (kinesthetic robotics, tactile).

Advancements in Artificial Intelligence (AI) are the other enabling technology for Internet of Skills to take-off. AI together with networks play an instrumental role in giving the perception of zero-delay networks. The use model-mediated teleoperation systems will have AI predict movement on the remote end and thus give enough time for the signal to reach the other side of the planet. The haptic control loops typically require a delay of 1-10ms, which translates to 100-1000 km range under typical networking conditions; a range which can be extended by model-mediated approach to the tens of thousands of kilometers needed to cover the entire planet.

With blazing fast speeds, massive bandwidth and capabilities like network slicing from 5g, the internet of skills will have the enabling communication technologies to transform our capabilities in unimaginable ways

The application of Internet of Skills is limited only by our imagination. A child in trouble torn Gaza can be taught painting by a teacher in California; a broken car in Africa can be repaired by the engineer in Germany; a doctor in Chennai will be able to operate on a patient in Patna. Operational costs are one of the largest expenditures for industries, with inefficiencies due to sub-optimal/wrong skill being one of the biggest contributors. The Internet of Skills will allow matching specific needs in one physical location with the best skill available in another location.

Broken cars and airplanes can thus be serviced remotely; industrial plants inspected and repaired; high value manufacturing supervised – all in a significantly more efficient and effective manner. The 5G-enabled Internet of Skills will facilitate remote skillset delivery and thereby democratize labor the same way the Internet has democratized knowledge.

So far, technology has engaged two of our six senses – sight and sound. It will now be engaging the sense of touch. Imagine a virtual experience with objects that feel perfectly real, including weighing as much as you would expect, forests that smell from trees, and online grocery stores where you can taste samples before buying. In the next few years, we will engage our brains to interface with machines. The world of screens that we live in today will change as we will all be wearing lightweight and fashionable augmented reality glasses to engage in an immersive world of technologies. We would then have stepped into the world of Internet of Senses. But that’s another story.
Read More: