How Technology Is Changing The Face Of The Jewelry Industry 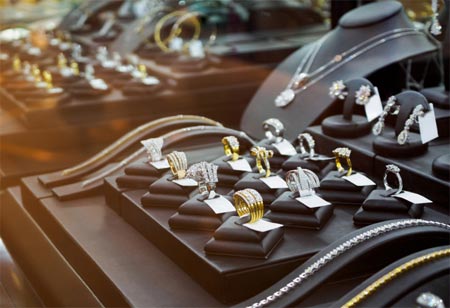 A believer of uniform learner, who skill upgrades from time to time to reach holistic career paradigm, is also known for being a renowned leader.

The Indian Jewelry industry is one of the largest and the most popular amongst the world from the ancient times. India is known for supplying the most refined metals and gemstones across the continents. The Indian jewelry industry is constantly evolving with its quality, designs and varieties as this is the era of technology as the time changes all because 21st century is the fastest growing century as this is the era of technological advancement. Technology is molding and giving a new face to the jewelry industry in different aspects like Designing, making, showcasing, marketing and selling.

As the new technologies are being adopted by the industry, the style of working is getting changed day by day. In fact the technology is helping people to get their work easier with lesser efforts. In the early days the complicated artworks were used to be done with hands in result the finishing of the work was not that refined. Then 3D printing arrived which has bought the drastic change in the industry wherein they can increase their manufacturing in less time and very effective price.

Using methods of designing from drawings to 2D then converting in look like 3D. But now, it has started coming in the 360 degree with (CAD) Computer Aided Design software which makes 3 dimensional models through which a person can have a view of the product from each angle they want to. Technology is getting that advanced that the customers can take a virtual tour of latest designs available in the shops too while sitting at their home.

Artificial intelligence has played a great role in empowering tech solutions which are being put to good use for understanding the taste and preferences of customers which further helps the people to get the
deeper information about the jewelry or the gemstones, its features, authenticity and other relevant and must have information about the jewelry they wish to have.

Augmented reality combines real world environment with graphic to enhance consumer experience. Virtual try-on is the technology which has already been adopted by most of the industries but the latest industry in the queue is the jewelry industry. This is being used for both online and offline platforms. This technology was developed keeping in mind that it would take the jewelry industry to another level in the current situation and also people will definitely love to try the jewelry before buying. Keeping in mind the importance of social distancing the current situation the virtual try outs on the digital screens will serve in the same as way as the mirror does in the physical shops.

Technology has not helped the jewelers to reach out to their loyal customers in the current situations but it has also given new ways to reach out to the potential customers and serve them in the best possible way. Technology has opened many new ways of advertising as compared to the traditional forms of advertising which includes templates or big poster hoardings of the brands.

With the change in the online trends the entire face of promotions and advertisings has been changed. It has given all new ways to reach out the customers where they get an chance to reach out to the customers with their new products design to the target audience with its detail looks and description in the form which is easy to understand and remember as well in a more effective and efficient way. This helps in instant response and brand popularization.

With the new rapidly evolving technology, it is bringing the new avenues of doing the business. The website and the online portal have increased the reach of the brands which has further let to an increase in the customer base across borders. It is the best way to be a part of everyone life in the current fast paced lifestyle as people now do not have the time for physical shopping and prefer as it is easy and hassle free to shop online and get the product at their home and it is easy to gift it to their loved ones.
Read More:

Robots & Automation - The Future That Lies

How Augmented Reality Is Redefining The Retail Industry