Opportune Time For India To Jump Start Its Manufacturing Engine 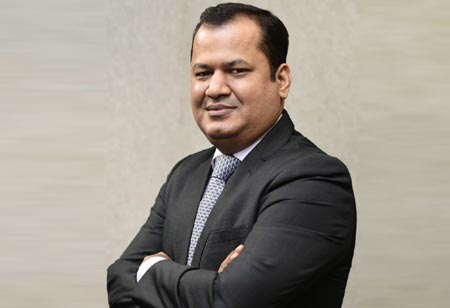 Known as out-of-the-box thinker among the peers, he has uncomparable knwoledeg and skills in private equity, corporate finance, and investment banking.

In the wake of the COVID-19 pandemic there has been a significant shake-up of the world order. Most economies are being forced to rethink and reinvent in order to find the most effective way to bounce back on a growth trajectory.

One theme that has witnessed a clamour in the recent times is the China +1 strategy emanating from the brewing anti-China sentiment. I believe that we need not focus on the anti-China narrative in order to chart a course for India’s benefit. The size of the world manufacturing pie is anyway so large that even if as a hedging strategy, a fraction of the world’s current production moves towards India, it could unlock significant benefits for the economy in the medium to long term.

It is infact an opportune time to project & utilize the large domestic market of India as a lucrative hook for global players to set up their manufacturing facilities- which in turn would serve a two-fold purpose of catering to domestic demand as well as boost exports. A good amount of traction and momentum is being built under the emerging narratives of “Vocal for Local” and “Atmanirbhar Bharat”- it is imperative that we do not let it simmer away as mere rhetoric and back it with actionable policy initiatives and robust implementation.

The path to jump starting the manufacturing engine can be viewed as a three-pronged strategy:
Eye-catching and attention-grabbing mega schemes announced by the government to enable of ease of doing business and incentivizing global players to manufacture in India.

Targeting sectors wherein we already have a degree of global competitiveness which can be harnessed as starting points of success in order to pave the way for broad based momentum in the future.

Tap into the opportunity to bolster long-term commercial diplomacy & secure improved terms-of-trade especially with the US.

As a step towards enhancing India’s manufacturing capabilities and exports the government announced production linked incentives (“PLI”) for three key sectors in July 2020.

A subsequent and more comprehensive round of the PLI schemes was announced in November 2020 with an
envisaged financial outlay of INR 1.45 trillion taking the total outlay to a mammoth INR 2 trillion. This is an unprecedented move and gives resounding affirmation to the PM’s clarion call of “Atmanirbhar Bharat.”

The opportunity is massive with the electronic industry’s contribution to India’s GDP at just 1.7 percentage vis-à-vis 15.5 percentage in Taiwan, 15.1 percentage in South Korea and 12.7 percentage in China. Currently, only 2-8 percentage localized value addition occurs in mobile phone manufacturing/ assembly in India. There is a strong case to be made for boosting local manufacturing along with import substitution.

Large MNCs have already started choosing India as their secondary manufacturing base apart from China- 100 percentage FDI through the automatic route already in place for the sector and the large domestic market size in India makes it lucrative for global manufacturers. As already evidenced by the local manufacturing push by giants like Apple & Samsung along with their largest suppliers namelyFoxconn, Wistron and Pegatron.

The government has undertaken a multitude of policy initiatives- ranging from the National Policy on Electronics 2019 to the Phased Manufacturing Programme (“PMP”) all geared towards promoting domestic production of mobile phones by providing tax relief and other incentives on components and accessories used for manufacturing the devices.

Work Towards Securing Beneficial Commercial Terms & Trade Agreements With The US
With the US and China at loggerheads with each other there has been significant disruption in global trade. India can be a big beneficiary if it plays its cards right and focuses its efforts towards improving its terms-of-trade with the US- its largest export market and second largest import destination.

With the Democrats back in the White House it would be in our interest to secure favourable trade deals and take advantage of the encouraging stance on free trade flows, the Democrats have exhibited in the past, which has always benefited the emerging market economies like India.

Regulatory & Policy Overhang Can No Longer Be An Achilles Heel
A lack of policy stability and associated unpredictability has severely dented India’s prospects to become an attractive destination for sustained FDI inflows. We need to solve for the unnecessary complexities in order to enable a business-friendly environment governed by a simple, straightforward and easy to interpret regulatory framework.

Incentives need to be delivered and not just promised- a clearly defined actionable roadmap with verifiable, transparent and accountable milestones will go a long-way in providing credible assurance to global players to invest and setup manufacturing units in India.
Read More: