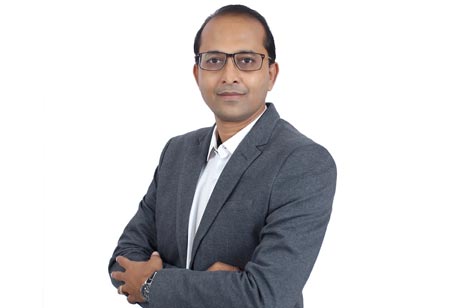 He complete graduation in commerce and gathered 35+years of experience in sales and marketing and currently he is serving as a serial entrepreneur in 10 plus organizations apart from his regular role at the company.

The size of the Indian dairy industry is estimated at Rs. 10 lakh crore with significant growth potential. India is the largest milk producer in the world with estimated output of 198 million tonne in 2019-20. India’s milk production has been growing at an average 5-6percent year-on-year, and it is expected to maintain a similar growth rate in the foreseeable future. As per a study by the National Dairy Development Board (NDDB), the demand for milk and milk products is expected to touch 266 million tonne in 2030.

Millions of farmers are involved in the dairy industry, which is its biggest strength, and also its biggest weakness. Unlike dairy industry in other countries, especially New Zealand, the US, or European countries, diary farmers in India are usually small and marginal farmers. Most of them only have a few livestock. Considering the huge numbers, any change that has to be implemented at the ground level, takes a long time, and requires a huge effort.

In spite of the impressive growth in milk production over the years, I believe we are still lagging as far as reducing wastage of milk is concerned. Being highly perishable, milk needs to be cooled at source in order to enhance its shelf life. However, as a result of unreliable and erratic power supply in many states, especially in the rural areas which account for 57percent of the total production, it is estimated that 3-5percent of the milk is wasted.

We have made significant of progress in reducing wastage over the years, but much more is required to optimize utilization and to ensure not a single drop of milk is wasted, right from the moment milk is produced to the time it is delivered at the consumer’s doorstep. This is a tough task, but I believe it can be made possible if by adoption of technology and technological solutions throughout the dairy procurement supply chain.

First of all, let us talk about some of the issues that are stopping the dairy industry from achieving its full potential. These include poor cattle productivity, lack of clean milk production, lack of quality input / service providers, lack of focus on Research & Development, and fresh investments.
Higher cattle productivity, i.e. higher output in terms of milk and for a longer time, is a must to double farmers’ income. This can be achieved by improving animal health, including livestock fertility, by ensuring high quality diet through nutrition management to the livestock. This can be done through various available technological tools. What the focus should also be on is to improve awareness regarding these tools, and to also make them more affordable for more farmers.

Monitoring the health of livestock, especially cows, with the help of wearables is an innovative solution. Livestock wearables include ear tags, collars, ankle and tail bracelets, and even belly belts. They can serve as farmers’ eyes and ears, allowing them to monitor and manage animals with the flick of a finger on a smartphone. The availability of real-time data from the field can help in taking better decisions at every level.

Monitoring the health of livestock, especially cows, with the help of wearables is an innovative solution


We for instance, have an innovative and comfortable non-invasive Internet of Things (IoT) animal wearable that is designed for detecting the onset of the cow’s heat cycle. Developed with a specialized algorithm, it is designed to ensure timely breeding with high success rates. The software leads to improved productivity and better animal health, which results in increased yield, and better quality of milk. Technological solutions can also help in meeting the demands of two of the most prominent agriculture trends: labour shortages and the need for farming operations to expand.

Another important aspect where technology can and needs to play a bigger role is a Fat / SNF measuring machine or Internet of Things (IoT) based Fat / SNF system that sends data to the cloud in real-time. The data is analyzed through cloud computing, and calibrate it centrally. The use of Artificial Intelligence to analyse the data can lead to quality result in no time. Such a solution can help farmers get fair payment of their milk, and can also enhance transparency in the milk procurement system.

In the Indian context, the focus on R&D needs to be expanded. Private companies like ours are already doing a lot of work in coming up with innovative solutions and products. What is needed is that the efforts are scaled up, and deployed on a larger scale so that benefits can reach dairy farmers in every nook and corner of the country. The solutions need to be made affordable too so that milk farmers, big and small, are able to avail of these solutions. The need of the hour is to combine business intelligence and digital innovation to elevate the global standing of Indian dairy industry. Data can be converted to useful information, and that information can be used for better decision making, and that can lead to an improvement in efficiency at various level.
Read More:

How Healthcare Industry Can Overcome Their Data Security Challenges