Manju Mastakar: An Accidental Entrepreneur Born in the Great Recession

The enduring journey through two decades as a financial kingpin, cross functioning across many financial institutions had its aftermath on ManjuMastakar, Founder & Director, Armstrong Capital Advisory Pvt. Ltd. While most of the financial planning institutions in our country lack interest in leveraging the opportunities to handle the investments and serve the clients better, Manju believes in developing good relationships with people and building trust through benefitting them with no promises, but with returns. Thus,she had no second thought in starting her own wealth management organization when she received a funding offer from one of her clients. Manju incepted Armstrong Capital Advisory in 2011, which today is a dedicated team focused on providing clients with unparalleled service in handling their financial affairs.

The Typical Mumbaiker
An accidental entrepreneur whose entrepreneurial journey commenced as an after effect of the great recession, Manju’s anecdote is quite an interesting one. Rewinding two decades, as a typical Mumbaiker who hears about the stock market and investments all around her circle, Manju was no exception. While her CA Articleship was on the go, she paid visits to stock markets. Slowly and steadily, the interest went on the rise and eventually, she started interacting with clients even before completing her course.“It was one of my clients who offered me a job, and I moved on from that company to another one, by the time I was graduating,” elucidated Manju.

to satisfy the requirements of the organization and clients simultaneously. Manju says,“There,you have to be a receptionist, dealer, back office & front office executive, accountant,and the customer relationship manager among many other roles. So, over a period of 2-3 years from there,I became a resource who knew every thing about the business”. Carrying on, the climate was calm and quiet till she migrated to Bangalore in 2008. She never knew that the wind was coming.

Over a period of 2-3 years from there, I became a resource who knew everything about the business

The Bangalore Days
The things were quite different in Bangalore where people were not much concerned about stocks, despite the returns. Though she worked with a couple of organizations in the BFSI segment, she was never satisfied with the way they handled investments & clients, in virtue of having acquaintance with the opportunities to serve better. Already being in this dilemma, the 'Great Recession of 2008' came as a major blow to Manju’s career. “Just about a year in Bangalore, I lost my job,” adjoins Manju. Belonging to a typical Maharashtrian middle class family where no member shies away from working, Manju savored phenomenal support from her family members, and in turn commenced practicing privately from her own home through tying up with mutual fund houses (who were the main brokers).

Eventually, by the end of 2010, Manju had an angel investment offer from one of her clients and she had no second thought in incepting Armstrong with a meagre of Rs.5 lac. "I rented a small office and a single employee to continue what I was doing, but on a larger scale. I started off with Direct Equity, which was augmented with Financial Planning & Mutual Funds consulting in 2012," adds Manju. But beautiful destinations often take difficult roads. She had some tough time ahead, and there was even an
instance when she had to shut down the Direct Equity & Commodity broking business unit (which was contributing around 60 percent of her total business, accounting to her moves not being effective) and continue to focus on financial planning and mutual fund. Manju didn’t hesitate to apologize and return the investments to her clients, but never lost the courage to rebuild everything from the scratch, so did she build in the past.

In 2014, the new government’s crowning was a boon to the entire industry. The result? Armstrong has never turned back, and in fact,it bounced back as an end-to-end deliverer of wealth management services. Furthermore, Manju invested a good chunk of money in marketing, getting databases, and doing events. On the flip side, she also mentors & trains a lot of fresher in their internship, encrusting every aspect of business (like products, marketing, acquisition, and financial planning).

Banking on the Experience Plinth While turning back the pages, Manju believes that her cross functional expertise and the ability to mould herself as a sales executive have played an instrumental role in not only bagging an angel investment, but also her company generating revenue within 8-9 months. Today, she is all set to take her company to the number one spot in Bangalore, and make presence in other cities within next five years.

She has always shown interest in personal and organizational development through leveraging technology advancement. Listening to and taking lessons from successful entrepreneurial journeys in YouTube channels being her hobby, Manju is determined in travelling abreast of the technology trends. She is also a good reader, who would like to suggest her favorite book What I Learned Before I Sold to Warren Buffett to all the budding entrepreneurs.“At an initial entrepreneurial phase, even your PR might be earning more than you. But over a period of time, you will never even realize that you have over taken them in terms of everything,” concludes Manju.
Previous
Next 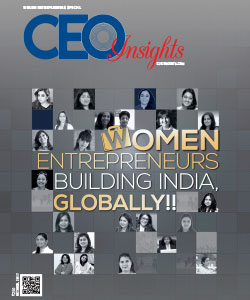