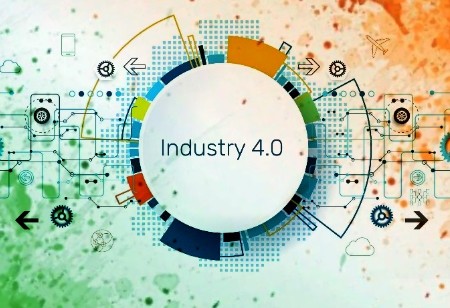 The aim is to make the country and its citizens independent and self-reliant in all senses. He further outlined five pillars of Aatma Nirbhar Bharat – Economy, Infrastructure, System, Vibrant Demography and Demand. Finance Minister Nirmala Sitharaman further announced Government Reforms and Enablers across Seven Sectors under Aatmanirbhar Bharat Abhiyaan. The government took several bold reforms such as Supply Chain Reforms for Agriculture, Rational Tax Systems, Simple & Clear Laws, Capable Human Resource and Strong Financial System. There were several other instances that justified that the country is moving correctly towards self-reliance, some of which is PM Modi’s visit to Ladakh, to motivate the valiant soldiers protecting our motherland, which not only sent a firm and powerful message across but also exhibited a show of solidarity of a united Atmanirbhar Bharat. Another is the digital strike against China, banning hundreds of mobile applications including social media platforms, to counter the threat posed to the sovereignty and security, of the country. Though these movements are reflecting that the country is dedicated towards independence and autarky; to be fair, the structural reforms in society can only be witnessed when skill development becomes the backbone of this ambitious programme. Wondering what does that mean? Here is the explanation.

As India embarks on the path of self-reliance through Atmanirbhar Bharat Abhiyan, it has to nurture the skilled workforce, while making industries aware of the emerging technologies. India as a nation can do anything if guided and supported correctly. The youth of the nation, which is the workforce of the future is the biggest power of the country. India’s 1.3 billion young and ambitious demographic is one of the key engines driving the country to its path to a $5 trillion economy, and in order for India to fulfil its potential, it must ensure its youth today is fully equipped to embrace the jobs of tomorrow. Here skilling, up-skilling and preparing the youth for the future will play a crucial role in the success of the government’s vision.

Though skilling is the most important, it doesn’t get the attention it deserves. The current part of the flagship skill training scheme, Pradhan Mantri Kaushal Vikas Yojana (PMKVY 2016-2020) is about to conclude and has so far trained close to 73 lakh youth in the country and is hoping that it will open some new ventures for them. In the next phase of PMKVY, the government should shift its focus more towards demand-driven skill development, digital technology and skills pertaining to Industry 4.0 (I4.0) so that the unemployment rate can be brought down.

I4.0 is a level up, a modern insurgency that connects people, processes and machines. It is a combination of IIoT (Industrial Internet of Things), cyber-physical systems and artificial intelligence put together to ultimately make machines capable of making decisions with minimal human intervention. The I4.0 will transform existing technologies and capabilities in the manufacturing and production industry. It is an amalgamation of traditional manufacturing practices and sophisticated technology; real-time visibility of the complete value chain, thus allowing for better decisions; and recalibration, which leads to greater efficiency and productivity. Though we can say that I4.0 is the newest disruptor in the world of manufacturing globally and now in India. This industrial revolution of connectivity is clearly a global megatrend, and many MSMEs, Tier II and Tier III suppliers are yet to fully understand what smart manufacturing is all about. However, the concept of I4.0 has been around since about the year 2011 but gained traction around the world a couple of years later. India took I4.0 seriously around 2014-15 and the government undertook several initiatives to promote adoption of I4.0 by manufacturing industry. But the truth is, even after the awareness of the revolution, adoption of several incentive schemes, and five years of active evangelism I4.0 in India is yet at a nascent stage. I4.0 has the potential which can be used to lead the nation towards an Atmanirbhar Bharat, but what can be done to accelerate the progress?

The only solution to fix the gap here is the knowledge & skill development of the upcoming generation workforce. Though we know the benefits of I4.0, there will also be a set of challenges that the industry will face. Data has become a new currency for many companies. Huge amounts of data from sensors and equipment’s have immense value but no value at all if data is inaccurate or not organized well. To unlock value from their assets, manufacturers will need to integrate their IT & OT and make data easily accessible but secure. They should be able to run AI-models that can predict or correlate, ultimately augmenting human decision-making. Hence, up-skilling of the workforce will offer them the capability to make suitable changes for more efficient results. Yes, to be a self-reliant nation, the need of the hour is to up-skill talent within factories rather than replacing them. The most important action is to invest in capability building and cultural change. Up-skilling in areas of analytics and digital technologies will prepare the workforce for the changing environment and also make them ready for future learning, thus keeping them relevant.

It is also essential to leverage these emerging technologies into the entire enterprise value chain and their external diffusion into inter-organizational supply-chain networks. This would be an effective use of AI and machine learning from real-time data acquired from across the value chain, thus providing intelligent insights that would prompt smarter decisions. All of this is not possible without a robust ecosystem of partners, such as start-ups and tech providers, who would develop easy to access and affordable technology to enable this revolution. And academia, which can conduct research and development to further foster the advancement in technology. The I4.0 revolution is already underway. Organizations that do not embrace it are at great risk of being disrupted. By 2023, the competitive advantage of business in all industries will be driven primarily by innovations developed in AI. The I4.0 revolution will allow for new ways to design organizations to operate and it will also transform the way we work. It will further help the country to achieve the goals of becoming a self-reliant nation.
Read More: