Coronavirus to Impact the Global Economic Health at Large 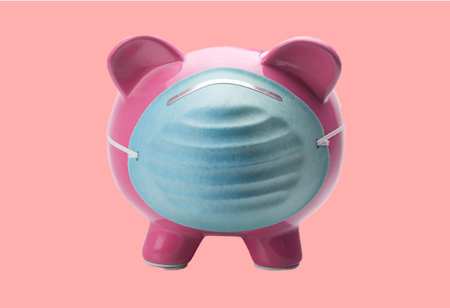 With the outbreak menacing China’s retail market, the severe pandemic situation could hit the Global GDP to dip below two percent

The coronavirus (COVID-19) outbreak has already scythedoff the China territory, constituting a global death toll of 3,100 people so far with 92,000 infected across 40+ countries and counting. The urgency to control the epidemic has prompted World Health Organization (WHO) to declare a global health emergency and forced shut-down of cities, commercial buildings and imposed travel restrictions, as a window to obstruct the spread. Needless to say, the industries across the world are sharing the agony.To date, China accounts for about 20 percent of the global manufacturing output, but the Corona out-breaks has lead the country to a major economic shutdown. From global trade to e-Commerce, and tourism sectors, almost all the verticals are at a complete dismay. The outbreak has menaced China’s retail market, where the projections confirm that it has stripped-off by 144 billion dollars due to the drop in the sales numbers.

Two-thirds of the stores in mainland China remain closed for over at week now. Around 56 million people in Hubei, the epicenter of the COVD-19 outbreak, are experiencing the virtual lockdown. The headquarter of Chinese tech giant Alibaba is found fenced and shut, while only the deliverymen moved in and out to drop-off the residential supplies. The fear has reached the veins of Alibaba’s boss, who described the coronavirus outbreak as a “black swan” and apprehends that the event can call for significant economic impact. Daniel Zhang, CEO, Alibaba, grimly avers that the outbreak has caused significant near-term challenges for the company as the associated merchants are unable to use its platform to return to work.

The epidemic has not only shaken the wealth-market of the Chinese mainland, but almost all the other Asian & European countries, where the auto plants run short of machine parts, suffers from low production. The disruption of the supply-chain the market of China caused havoc in the first three months of the year. A report says, JCB, the British digger maker has cut down the work hours from 39-hours week to 34-hours week and detained around 4,000 UK employees working at its production house after the coronavirus outbreak.

The outbreak has menaced China’s retail market, where the projections confirm that it has stripped-off by 144 billion dollars due to the drop in the sales numbers

Mark Turner, COO, JCB, said “More than 25 percent of JCB’s suppliers in China remain closed and those that have reopened are working at reduced capacity and are struggling to make shipments.”

The epidemic has found to have rooted into the macroeconomic space. The demand for oil has reduced at a significant rate due to the low demand for jet fuels, due to city lockdowns and travel restrictions. A report from International Energy Agency (IEA) reveals that quantitatively the oil demand in has decreased by 435,000 barrels per day for the first three months of the year compared to last year’s statistics.

Being the most populous country in the world and a global manufacturing hub, everything from luxury brands to foreign fashions and spare parts to consumer-, holds a significant market and constitutes largest industries in the Chinese mainland. “Demand-wise, we see the market impacted severely,” says Brady Wang, Associate Director, and Counterpoint Research. He estimates more than a 50 percent year-over-year decline in Smartphone sales during the lock-down period that has been in effect for the past four weeks.

The spread that started during the Lunar year of China, when the factories were naturally closed for the Holidays, is expected to extend the complete lock-down even further, with the rising number of the confirmed cases of COVD-19 infection. According to the experts, more the containment of the outbreak within the mainland better will be the recovery in the long run. In the worst-case scenario or Severe Pandemic situation, before the spread is controlled, the Global GDP could dip below two percent, where China’s GDP growth is slipping from pre-outbreak forecasts of 5.9 percent to 5.4 percent.

Prior to the novel coronavirus outbreak, the population was affected by the SARS epidemic in 2003 where 8,000 cases were confirmed and 774 people died. It is estimated that the SARS cost the world 54 billion dollars. WHO says, “This virus is not SARS, it’s not MERS, and it’s not influenza. It is a unique virus with unique characteristics”. This is exactly what makes the situation more difficult for both doctors to find a solution to contain the outbreak and economists to track the trajectory. China is a much bigger player in the global economy today, and thus impact is predicted to be much higher than of the SARS outbreak.