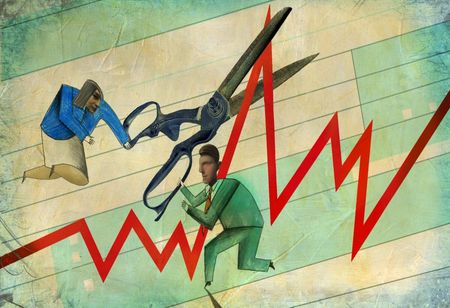 Duff & Phelps, a global advisor in diverse areas of valuation, corporate finance, disputes & investigations, cyber security, claims administration and regulatory issues, reveals key findings from its survey on corporate tax cut reduction in India. With the reduction of corporate taxes to 22 percent from 30 percent for existing companies, and from 25 percent to 15 percent for companies with newly established manufacturing units, over 70 percent of the Indian respondents are of the opinion that ‘Make in India Initiative’ is likely to experience a huge boost.

Commenting on the findings, Santosh N, Managing Partner, D and P Advisory India, avers, “Overall, the reduction of corporate taxes is encouraging, with long-term intrinsic value for enterprises and positive ramifications for investors. Sectors such as start-ups, manufacturing, auto-ancillary and initiatives such as ‘Make in India’ are expected to witness a fillip owing to the development.”

The following five are the key findings from the Duff & Phelps survey:

Overall, the reduction of corporate taxes is encouraging, with long-term intrinsic value for enterprises and positive ramifications for investors

2. The auto & ancillary sector is perceived to be the biggest beneficiary, followed by retail/fast moving consumer goods. Over 75 percent of respondents felt that this action will support startups, and attract more funding from venture capitalists. Consistent with support for startups, respondents overwhelmingly felt that the action would support PE activity in India.

3. On an aggregate basis, the respondents noted that this action will be favorable to the economy over the long-term & support GDP growth. As per 75 percent of the respondents, the cut will lead to an increase in the GDP growth, which is an extremely positive sign for the Indian economy. Moreover, around 40 percent respondents noted that the reduction in tax rate will lead to capex spending, with a significant majority expecting spend to be less than 25 percent of the tax savings.

4. As far as future reforms are concerned, two major areas identified by respondents include an accelerated disinvestment program and incremental investments in core sectors of the economy.

5. With the current downward revision of GDP growth for India, the tax rate cut has provided a boost to the economy. However, the overall impact depends on the corresponding increase in consumption levels, which is yet to be seen.

This survey focused on capturing the views from market participants includes C-level executives, fund managers as well as venture capitalists. These results represent trends from aggregated data received from a survey conducted with senior finance professionals across organizations in India from sectors such as financial services, private equity and industrials, manufacturing, consumer goods, infrastructure & real estate. The respondents for this survey belong to a wide cross-section of organizations, with revenues ranging from sub 500 crore to over 5000 crore.
Read More: