Women Entrepreneurs Control 32 Percent of Global Wealth, but where is India Positioned? 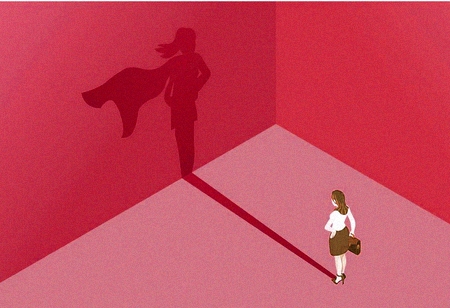 Women have the potential to drive major changes in the world. When women are active participants in the workforce, they have more money with which to invest, and we see that in the form of a measurable market impact. This can also be witnessed in one of the latest research report. According to a research conducted by Boston Consulting Group (BCG) that reflects a growing influence of the women entrepreneurs in the corporate world, it is founded that women entrepreneurs add $5 trillion to global wealth pool every year and currently control 32 percent of the global wealth. “With a third of the world’s wealth under their control, women have become a sizable economic force. They are increasing their wealth faster than before, adding $5 trillion to the wealth pool globally every year and outpacing the growth of the wealth market overall,” stated BCG. “Women are amassing greater wealth than before, and that share is likely to grow significantly in the years ahead. From 2016 to 2019, women accumulated wealth at a compound annual growth rate (CAGR) of 6.1 percent. Over the next four years, that rate will accelerate to 7.2 percent. BCG’s analysis finds that women are adding trillion of dollars to the wealth pool globally every year - faster than in years past. With future growth expected to accelerate, that tally will get even larger,” it said.

But, is the situation same for India? Let’s have a look.
It is being expected that by 2030, India as a nation would become the world's third largest economy with a projected GDP of $13.7 billion. The Indian government has made a rigorous effort to promote business friendly conditions with market reforms that improved global competitiveness and stabilized inflation and interest rates. This has made for an environment ripe for entrepreneurship; although, this hasn't necessarily meant a rising tide for female founders. India have more than 58.5 million entrepreneurs, and out of those leaders, merely a 14 percent are women, according to Sixth Economic Census. This statistic is not depressing, neither very much encouraging. Statics shows Indian women-owned businesses provide employment for an estimated 22 to 27 million people. This data simply signifies how huge the potential of women entrepreneurs in India is.

Issues to Look Forward
Over the past decade, women-owned enterprises have increased from 14 percent to 20 percent, as per government sources. This is with the help of national and state governments, investors, banks, financial and educational institutions, and, most of all, the enterprising female workforce.

India still faces a large gap compared with peers. As per the Global Entrepreneurship and Development Institute (2015), India performs below the 20th percentile in the female entrepreneurship index. This is far below developed markets such as the US and UK, and developing markets such as Brazil, Russia and Nigeria.

True entrepreneurship among women is over-represented in numbers. To provide economic independence to women, enterprises need to be owned, controlled or run by women. Surveys across parts of India suggest that 10 percent to 30 percent often are not run by women. Accounting for enterprises disguised as women-owned enterprises, Bain’s analysis suggests that the total share of enterprises that are truly owned and run by women is likely to be lower than 20 percent.

The concern about women entrepreneurship in India is very identical and many leaders have expressed their thought on this topic. One such leader is Amitabh Kant, CEO of Niti Aayog, who kept this concern in the public (as per ET) stating that high growth rates of 9-10 percent year after year are not possible for India till women don’t become key entrepreneurs. And this a dire truth that despite rapid growth, wide gender disparities in the economic sphere have been stubbornly persistent. The result has been a tragic waste of human potential that has hampered efforts to reduce poverty in the world’s second most populous country.

One of the starkest signs of Indian women’s plight is their labor-force participation rate, which was just 27 percent in 2017, about one-third that of men. By that measure, India ranks 120th among 131 countries, according to data from the World Bank. Women entrepreneurs do no better. As only about 14 percent of Indian women own or run businesses. More than 90 percent of companies run by women are microenterprises, and about 79 percent are self-financed.

Another leader who expressed their thought about the concern is Annette Dixon, Vice President, Human Development, World Bank. Women account for just 17 percent of GDP in India, less than half the global average, Annette said in a speech in 2018. If even half of Indian women were in the labor force, the annual pace of economic growth would rise by 1.5 percentage points to about 9 percent, she estimated.

Conclusion
There are several examples of countries, some in similar stages of development as India, and states within India, that have structurally enabled and accelerated entrepreneurship amongst women. Examples include developed countries such as the US and Canada that have around 40 percent enterprises owned by women, and developing countries such as Indonesia, Vietnam and Russia, that have over 30 percent women-owned enterprises. Within India, several states, including Meghalaya, Mizoram, Manipur, Tamil Nadu, and Karnataka lead in representation of women in the MSME sector. An all-states effort that is focused on enabling women entrepreneurs to start up and scale could, by 2030, increase direct employment by around 50 million to 60 million people and increase indirect and induced employment of another 100 million to 110 million people. This will put India at par with several emerging and advanced economies where more than 40 percent of all enterprises are women-owned. Further, the total employment will bridge nearly 25 percent of the jobs required to absorb the working-age population in 2030. Given the continued scarcity of work opportunities, entrepreneurship allows women to be self-sustaining, giving them greater flexibility and control while also creating jobs.
Read More:

Citrix Set to Acquire Wrike for $2.25 Billion in Cash