Startup to Company: Some Life Lessons 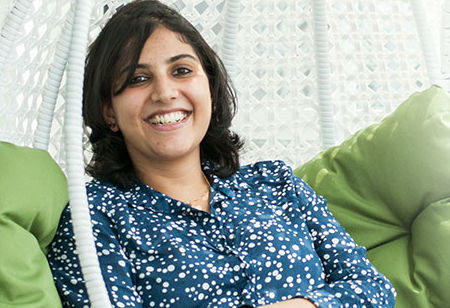 With 11 years of a giant backing her brand and marketing experience, Aishvarya is a cut right to the chase kind of VP of Marketing

A lot of my thinking lately has been around trying to build out a company from a startup.

What’s a startup? A group of passionate folks who come together with that 'lightbulb moment'. That big dream that we put on our T-shirts - that we live and breathe every day.

Let’s have an India that doesn’t own furniture!

Some characteristics at this stage - A bunch of all rounders. Passionate, smart folks ready to jump into anything they can get their hands on. One day, accounting. The next, operations. The next marketing! Hours meld into days into weeks into months. The energy is great. You see early adoption. You see insane growths. The adrenalin is something else. Experimentation is the key. Do lots, fail fast, learn. Move on. You start to believe that anything is possible. (Which indeed is true, but it never plays out as distinctly as it does during this stage).

At the end of this, you know you have a good thing. You know that this could potentially be here to stay.

Then the big 'O' word hits, you. Optimisation. Do the same things but leaner and meaner. Do more with less. The entire machinery goes into efficiency mode which means that a large slew of actions become tactical in nature. Mundaneness sets in.

But powering through this stage is important if you want even a remote chance of making it to the next stage of becoming a company with a potential to grow into a business that changes Brave New India. Look at the italicized words. So many caveats here!

Penning down some things which, I feel, with limited experience, are important to be able to take that leap with a remote chance of success. Again so many caveats!

Self Awareness
When we see such amazing growths so fast, we typically think that we’ve cracked it. But guess what? Every startup at this stage, thought so too.

Hence the self awareness. We need to get the correct idea of who we are and more importantly, who we’re not. We need to burst the bubble and see what’s left. Some of the things we need to get our hands dirty at:
1.Rigorous competitor and external benchmarking. Get the right sense of size and scale on every aspect (toplines, costs, spends, EBITDA, profitability). Get the pulse right on trends and macro economic environment.
2.Read, watch, listen to case studies of others startups. Take copious notes. Many of these are solved problems. By thousands of startups. Steal with pride. Absolutely nothing to be ashamed of, conversely, strongly encouraged.
3.Understand all parts of your startup. Their problems and contexts. You’re building a company, not honing your own function. Encourage others to do the same with your function. Get hands dirty on topics which are neither your natural affinity, nor your interest.

And democratize all of 1–3 across the company. Every single employee and stakeholder should know this.

People
Once we’re self aware, we have the biggest gift. We know what we don’t know. So we hire new/rewire existing talent for exactly that. It’s important to get in folks who are domain experts. And let them do their thing because they know it best.

If there’s anyone who is greater than us, it is our consumer. They believed us, and they’re the reason we exist

But what can we give them?
1.Context - LOTS and lots of context. About the company, the vision, the current state. About where we want to be at.
2.Enablement - Unblock paths for them. When they hit a wall break down the wall or teach them how to.
3.Defining Outcomes and Timelines This is important. While the path is theirs to tread, the destination should be absolutely clear and synchronous with what the company priorities. And they then plough ahead, armed with both context and confidence to do what they are best at doing.

Tenacity and Discipline
Call me old-fashioned, but 10 years at Unilever taught me the value of the grind. I’ve had the privilege of seeing amazing leaders do this with skyhigh commitment and tenacity. Growing a dream into a 500–1000 crore business not only through dreaming alone, but also an iron rod on execution. Powering through cynicism by thickening the skin. Treading the line between logic and magic to convince key stakeholders. Including the consumer, ultimately.

Consumer Obsession
It’s the easiest thing in the world to get drunk on growth, revenue and other adrenalin pumping metrics and forget who made it possible in the first place that human being who looked at our message on the T-shirt and said ‘Hey! I resonate with this. I’m going to believe this small guy and give him a chance’.

If there’s anyone who is greater than us, it is our consumer. They believed us, and they’re the reason we exist. And we need to treat them as such, whether they are 10 in number or a million. And be obsessed about it.

That’s the only way we leave something larger than ourselves. Something that’s here to stay after us. Isn’t it? 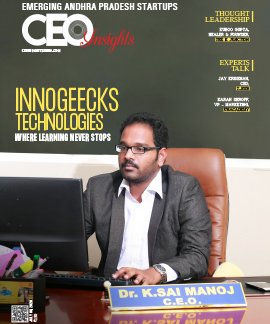