Why Successful Digital Transformation Is A Trillion Dollar Opportunity?

Why Successful Digital Transformation Is A Trillion Dollar Opportunity? 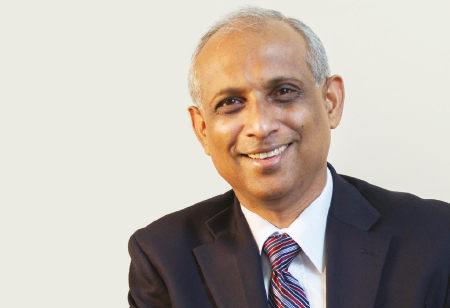 Digital transformation spending is projected to hit $1.7 trillion dollars in 2019. Yes, that’s trillion with a ‘T’. For contrast, there were only 16 countries in the world that had more than a trillion dollars in GDP in 2017. So, you say, that’s good for the IT industry. What’s the problem? The issue is that 70 percent of all digital transformations fail. There are probably very few industries anywhere that would accept a woeful success rate of 30 percent, and certainly none in the trillion-dollar league.

But that’s not even the bigger issue. The larger challenge is that we’re in the midst of the fourth industrial revolution, where digital disruption is just beginning to wreak havoc in industries, societies and individual lives. So, for instance, digital disruption is the phenomena behind the retail apocalypse – the undermining of the entire retail industry. Any company, industry or even society that was successful in the past few decades after the third industrial revolution, is suddenly susceptible to digital disruption. Digital transformation is meant to be the effort to rewire organizations so that they will be successful in the fourth industrial revolution era. However, if it is done poorly, it will cause companies to go under, industries to collapse, economies to suffer, employees to undergo mass turmoil and potentially societal unrest. The 70 percent failure rate of digital transformation deserves more attention!

But, that’s the ‘Glass-HalfEmpty’ Version
The glass-half-full version is that digital transformation, if done successfully, is an opportunity of historic proportions. Even more exciting, there are new evolving practices and methodologies that can relatively easily address the failure rates. But first, we need to understand why such a large percentage of digital transformations fail. In my personal experience of running multi-billion dollar operations in every region of the world over three decades, as well as intensive research, I’ve boiled-down the root cause into two simple issues for leaders – where to go with digital transformation, and how to get there.

Why Do Digital Transformations Fail?
The first part of the problem – where do you want to go with your digital transformation, is neither easy nor intuitive to answer. This is one of the reasons why most senior executives are frustrated with the whole topic. It seems to be a moving target. Executives have invested serious effort and money because they know it’s important. But despite the best efforts of their organization and several anecdotal successes, they’re clearly not at the end of the journey. In fact, they’re not even sure they know where they are in the journey, or how long it will take. There is a critical need to firmly put a stake in the ground on defining the endpoint. Logically, the goal can only be perpetual transformation, the stage at which a digital backbone for the business combined with a truly innovative culture become the foundation of your business model, and the organization becomes a disciplined, ever-evolving market leader. At this level, digital operation becomes part of your DNA. I call this digital transformation 5.0, the fifth and final stage of transformation, and I will elaborate on this later.

The second part of the issue is how to get there. There is new information available that the current approaches
being followed on digital transformation are inappropriate. There’s way too much emphasis being placed on ‘digital’ and not enough on ‘transformation’. And secondly, the methodologies being followed for executing these projects are the same historical big project management approaches which are more suited to big construction projects where one big product must be made successful. In contrast, the approaches followed by successful transformative companies from Amazon to Alibaba rely more on a portfolio of many nimble ideas, many of which are killed, in the hunt for the few mega-hits. This is closer to the venture capitalist’s approach to portfolio management.

How to Turn Digital Transformation into a Historic Opportunity
To address the 70 percent failure rate of digital transformation, we need to be much more disciplined in both the ‘where to go’ and ‘how to get there’. I propose a five-stage digital transformation model that helps leaders clearly understand where they are currently, and also where they should plan to go to. Further, in my book, ‘Where Digital Transformations Fail’, I offer specific checklist type approaches on how to get to the chosen goals.

Stage-1, or Foundation is where organizations are actively automating internal processes such as selling, manufacturing or finance. In reality, this is automation, not transformation; but the confusion is understandable since it does use digital platforms. More importantly, it provides the digital foundation for future digital transformation.

The next stage is called Siloed. You might see individual functions or businesses start to use disruptive technologies to create new business models. So, for instance, the finance manager may have heard about Blockchain and transformed the way they do intercompany accounting across countries using the technology. However, these efforts are siloed and there is no overall company strategy driving transformation.

Stage-3 is Partially Synchronized Transformation. The CEO has recognized the disruptive power of digital technologies and defined a digital future state. The organization has started rowing in the same direction, although the enterprise has not completed transforming to a digital backbone or new business models.

Stage-4 or Fully Synchronized marks the point where an enterprise-wide digital platform or new business model has fully taken root. However, you are still one technology (or business model) change away from being disrupted. The only way to survive continuous disruption threats is to make digital capabilities and an agile innovative culture the living DNA of the enterprise.

Using this five-stage model, leaders can avoid the confusion and hype surrounding this exciting topic. During times of dramatic change, as with an industrial revolution, they need to play a disproportionate leadership role in clarity on the goals (i.e. the Where). Additionally, they also own translating the goal into viable execution models (i.e. the How). The new practices and models, such as the five-stage approach, help them to action their role as transformation agents.
Read More: