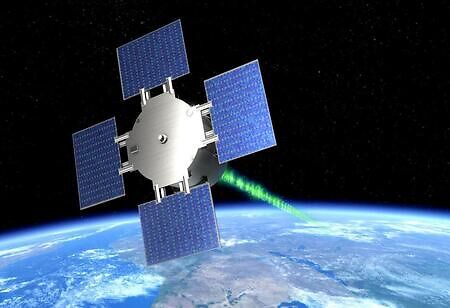 The last decade has been the reinvigoration of space travel with technological innovations driving it. However, it is worth spending time over there if we delve deeper. The high-flying schemes stemming from 'rocket science' affect our lives in multiple ways, including scratch-resistant glass, GPS, LEDs, memory foam, and heat-resistant metals. They have changed the way we live. Remote medicine, which gained popularity during the pandemic, was assisted with the space travel principles. It is incredible how many lives were saved by smoke and carbon monoxide detectors.

What are Plasma Sensor Panels?

PSPs are an integrated array of parallel pixel-sensor elements or cells, each independently capable of detecting free electrons or ions generated within the cell by incident ionizing radiation. The cells are structured in such a way that they can discharge free electrons generated in the gas. An electron avalanche can either be read out directly or can lead to a breakdown, creating a plasma discharge in the cell. The signal pulse is independent of the number of initiating free electrons, rendering the PPS intrinsically digital. In most space applications, the avalanche mode is preferred as it can operate at much higher rates, is more stable, and has more radiation damage resistance; however, its readout electronics require amplification.

The PPS works mainly on the principles of plasma display panels (PDP), such as those used in plasma-TV sets. A PDP-TV is composed of millions of tiny cells that are submerged in between two glass substrates, where each cell is capable of generating a localized plasma discharge. Even though the PPS is an innovative technology, it is used in the thoroughly established industry that can sell meter size and larger diagonal devices with electronics at a price of about $0.02/cm2.

Researchers selected an incubated medium to manufacture. It takes around two weeks for intricate fabrication. However, the plasma sensors can be developed within a few days, with tens of dollars. Scientists manufactured RPAs using glass-ceramic materials, which are more durable than traditional sensor materials like silicon and thin-film coatings. Through the glass-ceramic fabrication process developed for 3D printing with plastics, they were able to create sensors with complex shapes that tolerate the temperature changes that allow spacecraft to encounter in lower Earth orbit.

Luis Fernando Velásquez-García, a principal scientist in MIT’s Microsystems Technology Laboratories (MTL), says, “Additive manufacturing can make a big difference in the future of space hardware. Some people think that when you 3D-print something, you have to concede less performance. But we’ve shown that is not always the case. Sometimes there is nothing to trade-off.”

The plasma sensors were used in space missions in 1958. During the history of the evolution of space exploration, new measurements and discoveries started to evolve. Plasma sensors are the most broadly used instrument in solar and space physics. Sensors can measure the velocity distribution functions of charged particles to investigate their physical properties, dynamic evolutionary properties, and with suitable additions, their composition and thus their origin or astrophysical context. Researchers use plasma instrumentation to measure solar wind for space. Plasma instrumentation is enabled to detect energy in ions, or charged particles, that are floating in plasma, which is a superheated mix of molecules present in the Earth’s upper atmosphere. Orbiting spacecraft such as CubeSat, the versatile instruments measure energy and conduct chemical analysis that can help scientists predict the weather or monitor climate change. The major reason for the success of an RPA is the housing structure that aligns the meshes. The instrument must be electrically insulated while also able to withstand sudden, drastic swings in temperature. Researchers used Vitrolite, that has a printable, glass-ceramic material that displays. These materials can tolerate temperatures as high as 800 degrees Celsius without breaking down, whereas polymers used in semiconductor RPAs start to melt at 400 degrees Celsius.

Velásquez-García says, “When you make this sensor in the cleanroom, you don’t have the same degree of freedom to define materials and structures and how they interact together. What made this possible are the latest developments in additive manufacturing.”

The 3D printing process for ceramics mainly consists of ceramic powder passed through the laser to fuse it into shapes, but this process often leaves the material coarse and creates weak points due to the high heat from the lasers. But the MIT researchers used vat polymerization; a process introduced decades ago for additive manufacturing with polymers or resins. Using vat polymerization, a 3D structure is built one layer at a time by submerging it repeatedly into a vat of liquid material. Scientists used Ultraviolet light to cure the platform submerged in the vat again. The layer is only 100 microns thick, roughly the diameter of a human hair, enabling the creation of smooth, pore-free, complex ceramic shapes.

Digital manufacturing is done by different procedures, and the objects used in a design file can be very intricate. This property allowed researchers to create laser-cut meshes with unique shapes, so the holes lined up perfectly when they were set inside the RPA housing, which allows more ions to pass through, which leads to higher-resolution measurements. As the sensors exhibited are cheap and are able to produce and could be fabricated so quickly, the team prototyped four unique designs.

Velásquez-García says, “If you want to innovate, you need to be able to fail and afford the risk. Additive manufacturing is a very different way to make space hardware. I can make space hardware and if it fails, it doesn’t matter because I can make a new version very quickly and inexpensively and really iterate on the design. It is an ideal sandbox for researchers.”

How CEOs Can Ensure Proper Engagement With Employees?