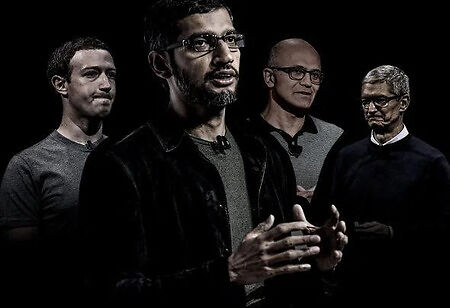 When internet icon Jordan Peele made a public service announcement (PSA) showing people that a new era is upon the tech world, with enemies becoming capable of making anyone say anything at any point, it screamed toward deepfake. Today, it is becoming a concern of national security. Take Peele’s video that represents former US president Barack Obama with Peele voicing how we move forward with information, with options of either surviving it or becoming in sync with it. Even if it's a PSA, a powerful personality such as the former US president and others alike can be misused to pass on wrong information to misguide and provoke the public and eventually resulting in bad blood.

That shows the negative side, but there is a softer perspective as well. Take Amazon’s experiment on its virtual assistant, Alexa. Here the e-commerce giant’s experiment shows Alexa mimicking the voice of the dead. This is also a deepfake, and Alexa AI’s head scientist, Rohit Prasad, described the tech as a means of building trust between humans and machines, especially for those who have lost their loved ones. How was this done? Amazon trained the virtual assistant to mimic a voice based on about a minute of recorded dialogue, which the company may soon enable for users.

But given the presence of powerful leaders with ill intentions, using deepfakes can effortlessly cause a state-wide or even a nationwide upheaval, eventually resulting in hatred and bloodshed.

Today, the European Union (EU), in its many conquests that have been thunderstorm over tech giants since this year began, has come to encounter deepfakes and fake accounts.

Although the rules are intended for the best interest of the common public, they are pointed at changing or altering the business practices of internet gatekeeper companies such as Google, Meta Platforms Inc, Apple, Microsoft, and others. It is to ensure fair play in how tech giants offer their services and facilities to users. Hence, the EU is commanding tech giants to bend in ways that may hamper their business operations.

Hence, it calls forth tech giants to tackle deepfakes and fake accounts. If neglected, tech giants will be charged with a hefty sum as a fine.

An Update to the Code of Practice on Disinformation

Back in 2018, the EU already imposed a voluntary code that shared responsibilities between regulators and tech companies to take care of fake news. Now, this voluntary code is being updated to a co-regulation scheme. What’s more, the code consists of examples projecting manipulative behavior such as deep fakes and fake accounts that the tech giants will be forced to deal with.

The EU’s document calls upon tech companies to adopt, reinforce and implement clear policies against impermissible manipulative behaviors and practices on their services, based on the latest evidence on the conducts and tactics, techniques, and procedures (TTP) employed by malicious actors.

Due to modern computer techniques, any individual can create deepfakes and hyper-realistic forgeries without much effort. Here the misleading content is mostly passed out with ill intentions that could offend or hurt the sentiments of sensitive matters of people. It can be about religion, race, caste, gender, or even political issues that may result in mass societal and political unrest. It may even provoke war and terrorism.

The constant harmful effects of fake news have triggered the world and landed on the EU’s fort to draw its righteous sword to slay it.

European Commission’s vice president Vera Jourova referred to Russia’s war on Ukraine, assigning a special operation that led to some changes in the code. Hereafter any such codes, including the ones coming from Russia, the EU assures that it will be able to tackle fake news once the code is operational.

Therefore, EU’s industry chief Thierry Breton who is leading the body towards resolving this issue, says that DSA (Digital Services Act) acts as a legal backbone for the Code of Practice against disinformation, including heavy dissuasive sanctions.

"Disinformation is a form of invasion of our digital space, with tangible impact on our daily lives…Spreading disinformation should not bring a single euro to anyone. To be credible, the new Code of Practice will be backed up by the DSA - including for heavy dissuasive sanctions. Very large platforms that repeatedly break the code and do not carry out risk mitigation measures properly risk fines of up to six percentof their global turnover”, says Breton.

How Much will be Fined?

Now that DSA is included in the code, 27 countries forming the EU have approved the new law, which also consists of a section fighting misinformation.

As the DSA puts it, tech companies that fail to comply with the updated obligations might be charged with a fine of six percent of their global turnover.

They will be expected to provide a detailed report to the EU commission detailing the actions taken towards upholding their commitment and will be required to submit it at the start of next year.

Since tech companies are required to make data transparent across social media platforms, it is helpful for researchers and provides support for fact-checkers as well. The EU's guidelines imply tackling fake bots accounts, including AI-based deepfakes. The signatories promise to outline their internal policies for dealing with manipulated content. Tech companies are required to show their algorithms used for detecting and moderating deepfakes to check if they are trustworthy.

To date, 33 entities have signed up for the latest version of the Code of Practice. Among these signatories are social media platforms, software vendors, media companies, and advertising industry organizations.

Will the Battery Swapping Policy Increase EV Adoption in India?