Getting Indian Economy & Healthcare Industry Back On The Rails Post Covid

Getting Indian Economy & Healthcare Industry Back On The Rails Post Covid 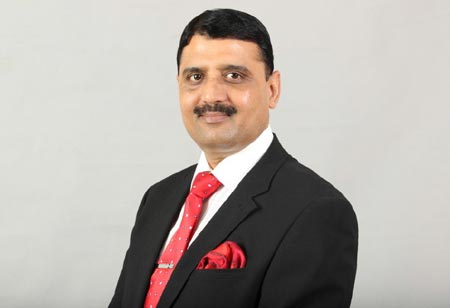 Colonel Hemraj has served with the Indian army with distinction for more than 23 years before taking voluntary retirement. After moving on from the army, he did his MBA from IIM Ahmedabad and ESCP Europe in Paris. He is also an experienced pilot and has flown both fixed wing aircrafts and helicopters.

Covid Impact
Healthcare industry was one of the most affected due to Covid, a kind of dilemma since the industry a lynchpin in containment of the pandemic itself was itself deeply impacted, putting our health systems temporarily ineffective.

Hospitals revenues came down to as low as 25-30% of their pre-Covid revenues due to non-patronisation by patients because of fear of infection, consequently leading to large scale cost optimisation initiative to remain afloat, including reduction of salaries, sizable lay-offs and significant scaling down of nonessential services and expenses. The industry has since recovered, albeit partially (60-70% pre Covid revenues in some cases), and the full recovery may take another six months to a year, may be even more in certain cases.

The New Normal
When this article went into print, there were more than 50 million confirmed cases of Covid and close to 1.3 million fatalities due to the pandemicglobally.

Is lockdown or muted living the ‘new normal’? What about re-employment of millions of people laid off due to the pandemic and Livelihood & sustenance of their families? What about restrictive social distancing norms or back breaking restrictions on economic activities, hospitality, travel or entertainment industries? Is it sustainable on the long run?

Covid vaccine is still good six to eight months away, despite multiple claims to the contrary. Discovery of vaccine itself is not enough, we need to vaccinate seven billion people in batches, the most vulnerable first. Who will fund it and the vaccine will be manufactured and administered in what timeframe?

These are some of tough questions that beg appropriate answers from the global health authorities and the governments of nation states. Role of WHO itself has been found to be dubious initially, trying to protect Chinese for their late intimation of the seriousness of the pandemic that led to its global spread. Many pharma & medical devices companies and their promoters have been allegedly blamed for undue profiteering when the world ran out of ventilators and life saving devices and medicines.

What happens to life and economic activities in the meantime. Is it the ‘new norm’ we have to contend with? Only time will tell. I believe, Coronavirus is hereto stay and we need to live with the devil for times to come. Social distancing and wearing of masks just provide cosmetic protection – strong immunity and vaccination provide long term solution. There is another lobby, which is totally against vaccination. But that’s another debate for some other time!

People talk of the ‘herd immunity’ but it has still not proven to be a long-term solution for the pandemic. Research so far has consistently shown that post Covid immunity lasts for just a few months; on an average – just five to seven months or may be more in certain cases. Moreover, vaccination itself could be a recurring exercise for long term viability and immunity against the infection. Knowing how long immunity lasts is important in creating vaccination protocols.

If there is anything that we know about Coronavirus so far, is that we still really know nothing!

Impact on Global & Indian Economy
Impact of Covid 19 is not restricted to loss of lives alone. Economic impact of the pandemic is even more telling. As per the latest report of WHO, the economic and social disruption caused by the pandemic is devastating: tens of millions of people are at risk of falling into extreme
poverty, while the number of undernourished people, currently estimated at nearly 690 million, could increase by up to 132 million by the end of the year.

Millions of business enterprises face existential threat. Nearly half of the world’s 3.3 billion global workforce is at the risk of losing its livelihood. Food systems are disrupted, as are the global supply chains. Marginal farmers, labour & migrant workers and indigenous people are worst hit. Manufacturing and production is at an all-time low.

On 01 September 20, the Ministry of Statistics released the GDP figures for Q1 (April to June) FY21, which showed a contraction of 24% of our economy as compared to the same period the year before. IMF in its report released in October 20 has sharply revised its projection of contraction in India’s gross domestic product (GDP) for 2020-21 from 4.5% earlier to 10.3% citing the rise in Covid-19 cases.

The organisation, however, added that the country’s economy might rebound with an 8.8% growth rate in 2021-22, higher than the 6% it had forecasted earlier. However, our competitor China is expected to grow by 1.9% this year, faster than the earlier forecast of 1%.

India’s all time high FOREX reserves of $560 billion offer no solace though!

Right now, things look uncertain but I am personally cautiously optimistic since India could emerge as an alternative to China as a manufacturing hub and attract substantial investments.

What India Needs to Do
I would presume the worst is already behind us. Finance Minister is already talking of a V-shaped pattern of recovery. To stimulate consumer spending, the government has announced measures worth $10 billion recently.

On 01 September 20, the ministry of statistics released the GDP figures for q1 (April to June) fy21, which showed a contraction of 24% of our economy as compared to the same period the year before

We need to first of all prepare a long-term plan to deal with such disruptive pandemics in future so that such shocks could be absorbed as part of a longterm strategy. Asper my information, Niti Aayog is already working on such a plan under the directions of the PMO.

We need to be build capacity to deal with such crises in future; robust infrastructure, well trained clinical and technical staff and standardised policies & protocols, not to mention international collaborations and cutting-edge R&D. This would require major investments much above the current government expense of 1.15% on healthcare. Our healthcare spend of less than 5% of the GDP is much below the acceptable international norms of 8-10% (more than 18% in case of the US). We need to increase it to at least 2.5% immediately, private sector will invest the rest. Worst affected industries such as healthcare, aviation, retail, financials, realty and automobiles need incentives and financial support. We need to infuse liquidity in the markets and help reinvigorate demand and consumer spending.

We must create an environment conducive to investments and growth in light of the ongoing trade war between the US and China. Many believe, the situation could change with the advent of Joe Biden. That would be eventually be dictated by realpolitik, let's wait and watch. In international relations, change is the only constant.

India is presented with the historic opportunity of emerging as an alternate manufacturing & supply chain hub to China. But that is easier said than done. Bringing in strong economic & investment policies, compatible labour reforms, training of workforce in precision engineering & advanced technologies would be inescapable prerequisites.

Resilient recovery both on the economic and healthcare front is most desirable in the larger interests of the nation, for which I am sanguine, all stakeholders are currently working with renewed vigour and vibrancy, if we have to capitalise on the unprecedented fleeting opportunities.
Read More: