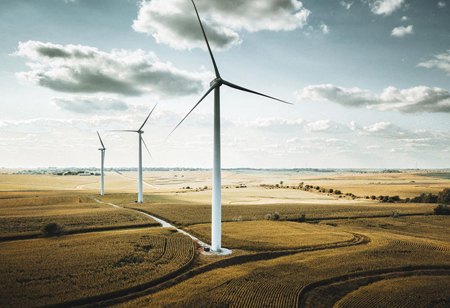 Carbon neutrality is a buzz word not just among the governments & environmentalists but also among the corporate houses. Microsoft has announced its plans of going carbon negative by 2030. Amazon pledged to go carbon natural by 2040. Starbucks has committed to be resource positive within a decade by reducing carbon emissions, water withdrawl, and landfill waste by 50 percent. Unilever aims going carbon neutral by 2039. But how serious are they?

Let’s start with knowing what consumers want. According to a 2018 survey, 88 percent of consumers prefer companies that help them live more sustainably. For the past several decades, consumers have been ‘kind of fooled’ with the buzzy marketing terms through which corporates greenwashing have become a common practice. Consumers are fed with the thought that a company’s products are more eco-friendly than they actually are. But the fact is that with time consumers have become more cautiously of what they buy. Sustainable products sure come under this bracket. Hence it is important that corporates start giving better & clear information to their consumers about from where they source their sustainable raw materials and be more specific about the sustainable product they use. Indeed this, on one end, will make the companies more careful and go beyond just the buzz word, on the other end, consumers will feel more product to be associated with the brand, knowing what and how sustainable the brands are.

However, the path to carbon neutral is different for every business. Environmentally minded companies are generally focused on reducing their overall carbon footprint. Hence just offsetting emissions isn’t enough to substantially halt climate change. While moderating a session hosted during the recently concluded NASSCOM Technology and Leadership Forum, Karthik Natarajan, President & COO, Cyient, said, “Companies that understand the triple bottom line impact – social, environment and financial – of greenhouse gas emissions have enough reason to work towards carbon neutrality”. So how is Cyient achieving this? He adds, “At Cyient, we are working toward helping our customers improve their contribution toward creating a decarbonized planet through our Design for circularity consulting and engineering practice. Decisions that businesses like us make will determine the course of where we are by 2040”.

The session also saw Kelvin Wing, CIO, EDF Energy talking about how they are looking at ways to help Britain achieve the net-zero goal by 2030. He said, “While figuring out our strategy to achieve the net zero emissions goal, we must join the dots and make the connection between technology and how it can help us do things differently. It is the baby steps we need to deliver in order to get the big wins. As leaders, it is incumbent on us to talk about what it means to achieve the net-zero goal. We should also be more disciplined in utilizing resources, recycling, and reducing resource consumption where not needed”.

While still at a nascent phase, nearly 24 companies pledged to be carbon neutral in India. This list includes Tata, Reliance, Mahindra, ITC, ACC, Adani and Dalmia Cement, who signed a declaration on climate change last November by voluntarily pledging to move towards carbon neutrality. Though the country has not committed to net zero emission target as its national goal, the nine mitigation measures listed by these companies in the declaration form includes promotion of renewable energy, enhanced energy efficiency, water efficient processes, green mobility, planned afforestation and waste management & recycling.

The union environment minister Prakash Javadekar termed it a historic move and even had said that the signing of the declaration on climate change by the industry sector is an important development. This shows India’s resolve and commitment. The world must take note of it.

He also added that “We have to be on the same page regarding our insistence on financial and technological support from the advanced economies, so that India can also catch up and march ahead”.

Karthik, when concluding the session, said, ““In December 2020, amid the aftermath of the COVID-19 pandemic that has affected lives and livelihoods worldwide, we marked the 5th anniversary of the Paris Agreement and the adoption of the Sustainable Development Goals. It is imperative that we as corporates actively involve ourselves in the action against climate change. One way to do this is by adopting the concept of a circular economy, whose principles are to design out waste, keep products and materials in use longer, and regenerate natural systems. This will require companies to make concerted efforts and technology investments to transition to a more sustainable product ecosystem.”

Indeed technology solutions like bioenergy with carbon capture and storage (BECCS) and direct air capture will help them achieve this. BECCS involves the capture and permanent storage of CO2 from processes where biomass is burned to generate energy. It also enables removal of carbon as biomass absorbs CO2 as it grows. The good part is that this CO2 is not re-released when it is burned. The other one is direct air capture that can enable carbon removal in which CO2 captured from the atmosphere is permanently stored. This can be sold for use in various industries like F&B, synthetic fuels.

Despite few technologies available to help world achieve this, in simple words, there is no single or simple solution available to meet international climate goals while ensuring energy security.