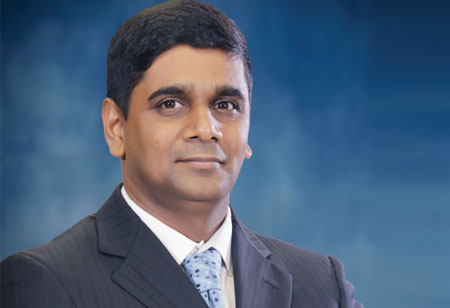 Hitesh is the Hon. Secretary for Overseas Agro Traders Association Myanmar, and has over two decades trading experience in Agro Products, Rice, Sugar and Timber to name a few.

Myanmar is a vital cog in the global pulses trade, with an annual production of close to 1.40 million metric tons (MMT) of pulses. This is possible because Myanmar is blessed with plenty of arable land, perennial rivers with a per capita water availability which is 24 times higher than that is available in India, as well as excellent tropical sunshine. All these are vital ingredients ensure high level production of good quality agricultural produce.

A largely unknown and interesting fact is that for every gram of plant protein, the water needed is just 15 percent of that required for animal proteins. Additionally, pulses give nutrients back to the soil which are very beneficial to the paddy crop that follows the pulses crop. They also do not emanate greenhouse gases which regrettably are unavoidable with production of animal proteins. The pulses production and trade are therefore a positive contributor to the Climate Change effort.

Annually, Myanmar exports over three MMT of Rice, over 2.50 MMT of Corn and over 1.20 MMT of Pulses, making Myanmar the second largest pulses exporter behind Canada. On an average, 70-75 percent of Myanmar’s annual pulses production is exported by India.

The Myanmar government has encouraged this trade over the years, which is why production and exports have doubled since the year 2000. Myanmar’s pulse exports alone are valued close to $1 billion. The price realization has been twice or even thrice higher in some years as Indian demand has been robust.

Black Matpe(Urad), Pigeon Peas(Whole Tur) and Green Mung Beans are the main pulses exported to India for whom Myanmar becomes the favoured origin due to factors like:
•Lesser transit time to India vis-à-vis transit time from Canada, East Africa, and South America.
•Inland logistics costs and traders’ margins within the supply chain are very reasonable compared to many other countries
•Myanmar government has taken a handsoff approach to the trade and not burdened it with unnecessary rules and regulations. This has ensured a true ‘Ease of Doing Business’ environment in Myanmar

Whole Tur, apart from India and Myanmar, is also produced in few East African nations; Green Mung is produced in East Africa and parts of South America. However, Myanmar has the unique advantage of being the only nation, apart from India, that produces Urad. Myanmar produces an average 50,000-600,000 MT of Urad every year with close to 80 percent of the produce being exported to India and constitutes almost 50 percent of the total 1.20 MMT pulses exports from Myanmar. Myanmar exporters globally enjoy a reputation of being good & clean in their dealings and are able to ship at a short notice. Indian Policymakers need to bear in mind a few facts while planning import policies for pulses. Technology has played an important role in the
production and trade of pulses. The emergence of plant proteins. While it is at a very nascent industry in the world, US, Canada, and Australia are leading the growth of this sector owing to their robust public private partnerships.

With more and more consumers adopting veganism, meat substitutes are growing, and it’s a matter of time before some of the larger players come looking for materials in myanmar


With more and more consumers adopting veganism, meat substitutes are growing, and it’s a matter of time before some of the larger players come looking for materials in Myanmar and giving the business a further impetus. If India introduces severe and restrictive import policies, it could be to the advantage of the rest of the world, and India may not find enough produce to import when it needs it most.

From this perspective, it will be highly advisable that the Governments of India and Myanmar get together to discuss and explore the option of increasing the annual import quantities in the MoU for Urad from 250,000 MT to 500,000 MT, and for Whole Tur from 100,000 MT to 200,000 MT, which will ensure that India gets a steady supply from Myanmar irrespective of how the demand from global markets increases.

Any changes in India’s import policy will have a direct impact on the farmers producing pulses, and the increase in the MOU will ensure that pulses farmers do not shift to other crops. Once farmers move to other profitable crops, it is difficult to bring them back to producing pulses. An excellent example is of Whole Tur production in Myanmar which used to be around 300,000 MT in 2017-18 and has dropped to 100,000 MT by 2020-21. Pulses are grown in rain-fed areas of India, and monsoon incidences like delayed arrival, lesser or excessive rainfall or unseasonal rains can lead to a short fall in India’s production. Incidences like delayed as well as unseasonal rains have almost become a regular feature for India in the last 2-3 years, and India is going to need to import pulses from Myanmar. The MoU is a testimony to that India is ensuring pulses supplies from Myanmar for a long term. 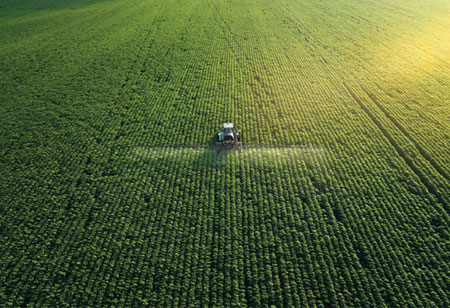 Let’s not forget the fact that a five percent shortfall in production or a five percent increase in demand can lead to an increase of prices at retail level. Then why not increase the quantity to ensure that there is committed export from Myanmar and ensure that India has additional stock at hand for its consumers at reasonable prices?

As the Country Head for an organization that is one of the leading traders in Myanmar, I am looking forward to India implementing a steady and long term import policy which will definitely lead to prosperous and interesting times in the years ahead, as technology provides newer solutions and options to increasing yields to all players in the value chain.
Read More: