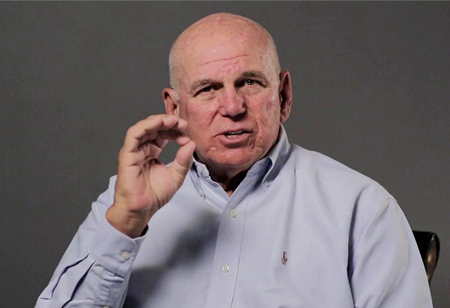 Whether you’re running a successful business or you’re an aspiring entrepreneur, it’s essential to create a solid exit strategy early on. This may sound pessimistic, but here’s the harsh reality: 70 percent of all businesses crash and burn within 10 years. Therefore, selling the business before you collapse—or at least mapping out your next move—is a wise and safe plan of action.

Right now, Barnes & Noble founder Leonard Riggio is learning this the hard way. At the age of 77, he’s still guiding his company with attention to detail and micromanagement. While Riggio should be applauded for creating a vast fortune through ingenuity, creativity, and passion, he never reached the point of saying, “enough is enough.” Instead, he watched his company lose four CEOs and 70 percent of its value. There is no telling what will to happen to Leonard Riggio or Barnes and Noble, but this story of unfinished business shows what can happen when a leader doesn’t know when it’s time to exit.

Unlike Riggio, I had an exit plan early on. I had been working in our family business for twenty years, eight with my father and twelve as CEO. My daughter, Amy, was slated to take over. After graduating from college, with my advice and support she spent two years in New York, gaining additional experience in all aspects of our business. However, much to my surprise, Amy made a bold change of plans and decided to head back to school to become a teacher. Yes, there are risks to generational succession: it only works in 30 percent of the time. 60 percent of the wealth is lost in the next generation and passing the family’s most valuable asset to the next generation is very risky bet. But for me and my business, I thought passing it on to Amy would work.

At one point I had a solid exit strategy ready to be implemented. Unexpectedly, it vanished in a matter of minutes. Suddenly, I needed a new plan for my future, and I knew exactly where to turn. Since becoming CEO, I established a talented Board of Directors made up of independent outsiders with objective views on our company’s prospects. My directors taught me how to think like an owner, as opposed to an operator and encouraged me to keep my business in a state of readiness to sell. After my daughter opted out, I successfully sold our company. It was 10 times larger than it was when I became CEO. The wealth generated from the sale has supported four generations of my family for nearly 25 years. I later went on to earn a doctorate and became a visiting lecturer at Harvard Business School for 20 years, as well as a professor of entrepreneurship at the University of Wisconsin.

Along the way, I’ve witnessed the vaporization of wealth in businesses large and small far too often. It’s imperative that you’re constantly prepared to sell. Buyers follow a disciplined process when making acquisitions; a process most sellers don’t understand.

Selling a company is an art, filled with nuances and subtleties. My Four-Stage process fits companies of all sizes for all business leaders. The financial reality is simple: companies that follow disciplined methods have a better chance to succeed; those who don’t are less likely to have the best result.

The steps:
1. Exploration: Familiarize yourself with the process and prepare for the heavy lifting ahead.

2. Decision-Making: Weigh all the pros and cons of selling the business. The overarching consideration is how much cash you will receive for your company at closing.

3. Execution: Once the sale is executed, the process must be carried out diligently to avoid costly mistakes. Completion of the following steps will help ensure a smooth selling process:

A. Create the Selling Team

B. Positioning the Company
• Develop the selling strategy. Present the company to the buyer so it will be of maximum value. Identifying these buyer benefits could drastically boost the price you will receive for your company.
• Prepare the company for sale. All non-essential expenses and money losing activities should be cut to increase profitability and value.
• Prepare “the Book”.
• Select prospective buyers.

C. Finding the Buyer
• Solicitation of interest.
• Confidentially agreements
• Distribution of the books.
• Letters of intent.
• Selection of the purchaser.
• Due diligence.
• Consummating the sale.

4. Post-Sale:
It’s easier to lose a fortune than it is to make one.

• Sellers have spent their careers as operators, rather than as stewards of liquid financial assets. Be patient with your “new” liquidity. Before making any financial commitments, interview conservative wealth managers to learn about strategies for keeping up with inflation while preserving and protecting your assets.
• Even if you feel irrelevant, don’t do anything for several months. Relax. Take advantage of a life without pressure and schedules; it has been well earned. Then, begin thinking about the next chapter of your life. Too many people try to do too many things too quickly. Make considered decisions about how you want to spend your time and how to spend your money. You never want to run out of either.