Expectation From Solar Sector With The New Rise Of 2021 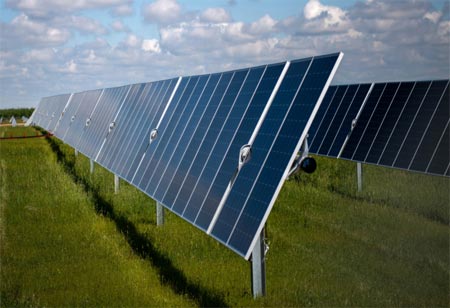 He is a business leader in the sector of renewable with 25+ years’ experience in solar business.

As this year began, the whole world was preparing to enter a new chapter of growth primarily driven by customer centricity, increased demand, collaboration, cost competitiveness and most importantly, innovation and technological integration. Within the first few months, the ongoing pandemic caused a major disruption to all the sectors and businesses, bringing the world to a standstill. There is a lot of uncertainty in adjudging the way forward for the industry. It is how we react and work around the current situation that will decide how quickly we will meet our long-term objective of 450 gigawatts (GW) of renewable energy capacity by 2030.

Looking Back At the Solar Sector – 2020
There has been massive growth in solar power capacity during the last decade. Solar has now become the fastest-growing source of renewable energy in the world. Earlier, the swift installations were mainly due to policy support and a sharp reduction in technological cost heads and growing environmental concerns. However, with the economic downturn induced by the outbreak of the ongoing pandemic, demand from various segments has seen a high degree of downturn due to the financial uncertainties faced by the customers.

According to the market reports, India's new solar installations fell by 80 percent year-over-year (YoY) to 438 megawatts (MW) of solar capacity in Q3 2020 from 2,177 MW added in Q3 2019. The installed capacity totaled 1.73 gigawatts (GW), during the first nine months of 2020, and there was a 68 percent downturn compared to 5.48 GW added in the same period of 2019. Additionally, several project deadlines have been pushed to Q4 2020, and the commissioning timelines for many projects have been rescheduled to the first half of 2021 due to Pandemic.

Impact of the Ongoing Pandemic and Policies on the Solar Industry
While the Government of India has plans of generating 100 GW of solar energy capacity by 2022, the impetus has taken a beating in the past year. There have been several issues such as uncertainties around import duties and future tax rates on existing power purchase agreements that have dampened investor sentiments. We believe, with the imposition of safeguard duty on
solar cells, the position has become even more difficult. The safeguard duty will only be justified, and the country can achieve this target, if the domestic industry is able to match cheap imports within the next one and a half years.

The main concern for all solar power suppliers revolves around the country’s cheap tariffs, which are among the world’s lowest. Another major challenge for the sector is the financial condition of DISCOMs, which is causing delays in the payment of electricity generated. In addition to this, plus change in taxes & duties wipes out the equity from the market. Land and evacuation challenges are delaying the commissioning of plants.

The pandemic induced lockdowns have only exacerbated the problems. Electricity demand slid down because of decreased economic activity, and lakhs working from home, adding to the troubles of power producers. As the electricity demand went down during Pandemic the collection of DISCOM’s was also affected and ultimately there was delay in payment release from the DISCOM’s. The reduction in electricity demand has also postponed the signing of Power sale agreements for solar bids happened earlier.

Electricity demand slid down because of decreased economic activity, and lakhs working from home, adding to the troubles of power producers

What to Expect From the Solar Sector in 2021?
Despite these unprecedented tough economic conditions, the resilient performance of renewable energy generation, and its belief in green growth, has provided impetus for India to continue its energy transition.

With scientists around the world working overtime towards a vaccine to fight the ongoing pandemic, we believe that businesses will see a revival and grow in 2021. The Indian government is committed to green energy led policies and is undertaking several large-scale sustainable power projects to promote them. MNRE is also working on various future based business models like combination of Wind- Solar Hybrid, Solar with storage, EOI for Hydrogen based tender etc. There has been an increased interest from domestic and international investors, and they are motivated by government’s policy alignment and ambition.

This was reflected in the enthusiastic response to the Solar Energy Corporation of India’s recent bids happened in November’2020. In addition, according to the International Energy Agency, India is primed to be the largest contributor to renewables upturn in 2021 and the key factors behind this expansion will be driven by wind, solar and hydro power. Witnessing the current growth of the solar industry and government’s support of it, renewable energy transforming India is not far away in the horizon.
Read More:

How Machine Learning Is Shaping The World