India's Opportunity in the Tariff War

The United States and India have enjoyed robust trade activity over the past few decades, and that activity is projected to grow considerably in the near future, unless of course it is derailed by the trade dispute with China. It is important to remember that access to the Indian market is valuable to the United States due to the strategic value the country commands in the region. The United States considers India a strong ally and a counterbalance to China’s influence in Asia. Major American companies like Walmart and Cisco Systems have taken note of India’s blossoming technology sector and have made significant investments, which are sure to raise some eyebrows in the business community. Most analysts expect India to continue to be the fastest growing economy in the world for at least the next decade, based on a number of factors beyond its growing technology industry.

India, however, has been roped into the US-China trade war. To begin with, India did not receive any special exemptions from the Trump administration’s tariffs on aluminum and steel. Naturally, they responded with a package of nearly $250 million worth of retaliatory tariffs leveled at the United States. India, along with other nations, is growing frustrated with the Trump administration’s trade policies and is bracing itself for a potentially risky trade dispute with the US. Of particular concern to India is Trump’s decision to set his sights on major industries like diamonds, auto parts, and medicine.

While India’s large economy can endure some trade pressure from Trump, election years can complicate economic decision making – much like in the United States. India may have to bow to domestic pressure to ensure that its agriculture industry remains strong during the upcoming election cycle. When it comes to trade, India does have several advantages over China, and when it comes to the service and technology industries, India enjoys a few advantages over the US as well; they’ll likely use these tools to fight back in any trade dispute with the Trump administration. India’s defensive response to Trump’s tariffs is rather standard and follows a history of trade tensions between the two countries.
The relationship between the United States and India, however, is unlikely to deteriorate as substantially as the relationship between the US and China has. India has already indicated that it seeks a solution that is beneficial for both countries by halting its retaliatory tariffs until negotiations with the US are finished. Though India’s stance in the trade negotiations is tough, it leaves more room for negotiations and solution building than the current situation with China does. The ratio of traded goods and tariffs between the US and India is much more balanced, which leads most analysts to believe that further escalation in the trade dispute is unlikely. The United States has also signaled its willingness to prevent tensions from rising further by granting India special trade privileges; this waiver on military equipment and technology is usually reserved for treaty allies and highlights the importance of the United States’ relationship with India when it comes to security and trade in the region. When it comes down to it, the United States has a very different attitude toward India than it bears toward China.

The India-U.S. relationship is an intriguing one. The two countries have never been adversaries, but then, neither have they been brothers in arms. The relationship has seen its ups and downs, from strategic divergence during the Cold War to a new-found strategic convergence in what is now being heralded as the time of the Indo-Pacific.Through no fault of China, or because of any specific steps taken by India, the US simply put does not view India through the same lens as it does China. Put simply, the US does not see India as a threat to its existence or to its global strategy. Unlike China, which is giving US serious competition in many areas. The Belt and Road initiative, in particular, illustrates the transformative geopolitical implications of China’s rise. China is challenging America in outer space by intending to get to Mars before the US. China is also pushing its way into the Arctic, announcing earlier this year its ambitions to develop a “Polar Silk Road”. It’s Made in China 2025 game plan for dominating the 10 biggest technologies of the future, such as AI, robotics and electric cars is giving American technologists sleepless nights.

India will have to recognize its role in this complex tripartite relationship. India has the ability to bridge both parties and perhaps, it should. It would be to India’s benefit to be able to play that role. The US-China trade war will eventually run its course and end up back on the negotiating table. Solutions will be found. The question then is,whether between this President and the next, can India play a more effective role in bridging this gap?

India may not realize the potential it has right now, and it should awaken to it. They say, in every crisis there is an opportunity. Never has it been clearer.

Where Does Indian Business Service Industry Stand Vis-A-Vis The World?

Opportune Time For India To Jump Start Its Manufacturing Engine 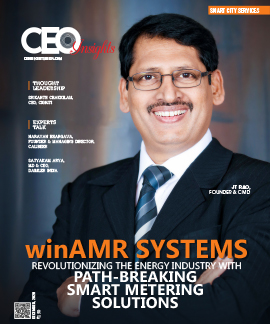