Road Safety: A Necessity, Not a Choice 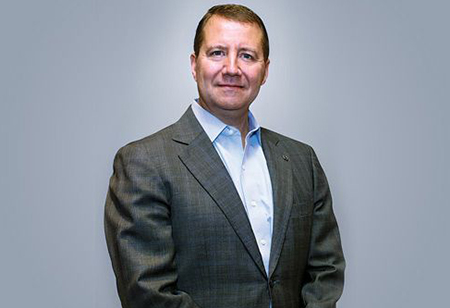 It is alarming to know every day 410 lives are lost on Indian roads alone. 10 percent of road fatalities in the world happen right here in India and it is about time we not just take notice, but also some strong actions to increase road safety.

When the first mass produced cars were made available to the public in 1908, the only safety equipment installed were good brakes and a loud horn. Over the years, the population of cars on the roads increased and with it increased engineering innovation in safety,not only for those inside the car but outside as well. Multiple technologies adopted by the automotive industry have shifted part of the onus of safety from the driver to the vehicle itself. And, the key to these technologies is ‘Preventive Safety’. Safety has not progressed to connected safety enabling cars to share data with recipients both within and outside the car.

The automotive industry has always been committed to providing safety solutions. A beginning was made in 1934 in the United States when the first crash test was conducted.Road safety concerns came to the forefront sometime around 1958 when The World Forum for Harmonization of Vehicle Regulations, an international standards body focused on auto safety was established by the United Nations. Volvo Cars was the first company to introduce the three-point seat belt as a standard fitting way back in 1959. The company gave this technology royalty-free to all other car manufacturers. It is known to be the single most important life saver in car crashes across the world.

Today, there is a whole new generation of automobiles that incorporate a range of features ensuring safety of the passengers, the vehicle and those on the roads. A few years ago, these features would have sounded like a page out of science fiction but automotive brands across geographies have it as part of standard equipment. Here are some radar enabled preventive safety features that makes the roads safer.

Adaptive Cruise Control– This system automatically adjusts the speed and distance of your car with the car ahead. It is ideal for highway drives where the driver does not have to use their feet and acceleration or deceleration can happen with a press of the button on the steering wheel.

Automatic Emergency Braking– It is an intelligent braking system that uses the radar and digital camera to sense other vehicles, pedestrians and large animals on the road.
If a collision is eminent and the driver does not respond in time, the system engages automatic braking to avoid a collision.

Driver Alert–One of the major driving hazards is when a driver veers off the lane due to fatigue. Safety technology incorporated in cars now is equipped with sensors alerts for drivers. An advanced version of this is the Lane Keep Aid that steers the car back to its lane in case the driver does not take corrective action. These are features that communicate with the driver as well as the vehicle and thereby ensuring safety of every one.

In some countries, there are road signs that warn motorists in real time of approaching trucks giving motorists enough time to regulate their speed.

An important aspect of safety is gender sensitivity. Volvo Cars has taken the leadership in making its cars safer for all passengers (children, women & men). The company’s research which involved analysis of 43,000 car crashes in over 40 years showed that women are more prone to injuries in a car crash. Armed with data, Volvo Cars developed car seats with WHIPS that reduces whiplash risk by half, Side Impact Protection System that reduces severe chest injuries by more than 50 percent, and Inflatable Curtain Airbag, which together with SIPS, reduces risk of head injuries by 75 percent.

Like in case of three-point seat belt innovation that was provided royalty-free, Volvo Cars has released the 40-year research to the world free of cost through an online library to enable other players enrich safety features in their cars.

There are governments that have put road safety high on their agenda and are using technology including Artificial Intelligence to reduce road fatalities. In some countries, there are road signs that warn motorists in real time of approaching trucks giving motorists enough time to regulate their speed. Road based sensors are also being used to calculate the density of traffic, regulate traffic lights accordingly, and reduce congestion thereby decrease driver fatigue. Some Indian civic authorities have also started work on installing Intelligent Traffic Management System.

The next step in road safety is ‘Autonomous Drive’ (AD) which is the game-changer for automotive industry. I have had instances where people in India are not sure about AD working here but, the opportunity India has to reduce fatalities is huge. If you look at the airlines, they run mostly on Auto-Pilot and I see the same for automotive industry in the future. Of course there will be challenges and infrastructure needs to be re-looked at for separating traffic that runs of different average speeds, and others. But isn’t there a challenge with any path-breaking technology? Haven’t we overcome big challenges in the past? The stakes are too high not to try.

The Future of Elevator & Escalator Industry