Smart Cities In The New Normal 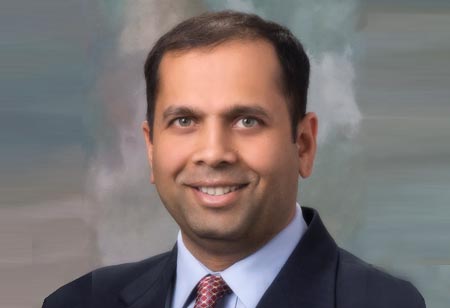 He leads the companys’s worldwide smart businesses from India, and has been successful in deploying strong strategies.

Through human history, there have been events that have triggered changes in the way we live and work. Think of how the emphasis on safety and security changed the way that we travel after 9/11. While significant process changes were made, authorities needed technology to help do the job accurately and efficiently. The security industry responded with better cameras, scanners, analytics software and more that helped enhance accuracy and efficiency, while also improving the traveling experience. Citizens have broadly accepted these changes, and efforts since have mostly been about making the process as frictionless as possible.

We’re facing a similar moment of inflection now. The current global health crisis has created additional, and unexpected, strain on many cities and is a likely catalyst for greater technology adoption in cities. Put simply, cities need to consider two primary objectives:
• Reduce the likelihood of future health crises
• Respond better to an emergency
To reduce the likelihood of a future health crisis, sources and vectors of infection need to be controlled. We know that viruses can potentially spread by many means including direct person-to-person contact, via surfaces and through the air or water supply. To minimize potential spread, buildings and cities will strive to reduce physical contact points, especially in public areas. Several technologies already exist for this – for instance, automatic doors, frictionless access control and contactless payments are being adopted rapidly. Similarly, people will expect cleaner air, both indoor and outdoor, and water.

In recent months, many building owners have taken steps to improve indoor air quality using better filters and UV lights in the HVAC systems, frequent air exchanges, and regular monitoring. For example, many Indian cities now recognize poor air quality as a health hazard and have implemented monitoring and amelioration protocols. We expect this will continue to be a focus area, thus attracting investment and technology-based solutions.

Cities will also need to ensure better sanitation and appropriate waste management, areas that are gaining considerable traction and adoption of appropriate technology. In fact, Honeywell is seeing a significant increase in our Healthy Buildings solutions that integrate air quality, safety and security technologies along with advanced analytics to help building owners support business continuity by monitoring both the building environment and building occupants' behaviors.

This interest in creating a healthier building is expanding to our Smart City business as innovation occurs across these sectors. We anticipate more focused efforts around health monitoring and regular screening of travelers and health workers, as well as more pooling of health data to detect anomalous patterns, using AI technology. While such actions may reduce the probability of a future health crisis, they can potentially also yield a significant health dividend for the overall population – reducing healthcare costs and boosting productivity.
To better respond to such an emergency, cities will need to address the shortcomings they have witnessed this year, and put effective measures in place to manage lockdowns, handle rising caseloads and better implement procedures like social distancing or contact tracing.

For instance, video surveillance assets can be used to detect crowding and non-compliance to mandates such as mask wearing. In April 2020, recognizing the challenge cities faced in monitoring government-mandated lockdowns, Honeywell quickly developed a system to monitor crowding and deployed it across 25 cities in India. This gave authorities a fact-based way to monitor lockdowns, allowing for smart deployment of their resources, and the ability for spatial and temporal comparison of adherence.

Cities will also need to strengthen their capabilities to deal with sick patients. The end-to-end process of reporting an ill person, calling an ambulance, gathering and sharing basic data, testing and quarantining is today highly fragmented and inefficient, leading to delays and potentially, poor health outcomes. Taking an integrated approach and deploying readily available technology can make this process considerably simpler.

For instance, using telemedicine, doctors can conduct more screenings, while protecting themselves, staff and other patients. In another example scenario, a paramedic could capture a sick patient’s data while in transit, and relay it to the hospital, so that doctors wouldn’t need to be briefed until the patient arrives at the hospital, thus significantly reducing delays in hospital admissions.

Cities will also need to ensure better sanitation and appropriate waste management, areas that are gaining considerable traction and adoption of appropriate technology

Additionally, city administrators dealing with emergencies need infrastructure that enables them to know what is happening on the ground, communicate effectively with field staff, and make informed decisions. City Command and Control Centers can provide such capabilities, combining information from various city systems such as traffic systems, utilities or video networks, allowing easy visualization of the situation, and means to take decisions and execute actions. Honeywell has seen firsthand how valuable such technologies can be when properly implemented as we’ve supported cities as they’ve responded and learned from the recent health crisis.

The shared examples are intended to be illustrative of ways technology can be adopted to help minimize the impact of a future health crisis. Critics may raise concerns about cost of such measures, and the potential risks in terms of privacy loss and cyber threats. While these concerns are legitimate, they can be addressed. First, regarding costs, it is important to recognize that most of these capabilities are not locked, awaiting the next crisis.

They also provide value in the day-to-day operations of cities and can support emergencies cities may face. Additionally, innovative commercial and deployment models (e.g., BOOT, SaaS) can bring such capabilities within reach. Meanwhile, standards, guidelines and best practices are being developed rapidly for such deployments, which will bring down the risks of cybersecurity and data loss.

Ultimately, we are optimistic that human ingenuity will help cities move not just beyond our new normal, but also equip them with the right tools and technologies to potentially prevent future potential disruptions.
Read More:

Expectation From Solar Sector With The New Rise Of 2021

How Machine Learning Is Shaping The World