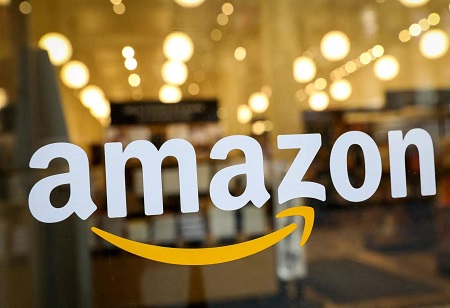 Stock splits are becoming fashionable for megacap U.S. companies. Amazon unveiled a 20-for-1 stock split, only weeks after megacap peer Alphabet did the same. Other companies that have split their shares since 2020 include Apple, Tesla and Nvidia.

"It's a little bit of follow the leader," said Chuck Carlson, chief executive officer at Horizon Investment Services in Hammond, Indiana. "You had Apple, you had Tesla, and just recently you had Alphabet."

Though a company may decide to split its stock for various reasons, a cheaper price may make the shares more appealing to some investors, analysts said.

While a stock split "does not affect company fundamentals", it "can increase liquidity by making shares more accessible to a wider range of investors," BofA Global Research analysts said in a note.

BofA found that splits "historically are bullish" for companies that enact them, with their shares marking an average returns of 25% one year later versus 9% for the market overall.

"Once the split is executed, investors who have wanted to gain or increase exposure may start to rush for the chance to buy," BofA said in the note.

Stock splits also significantly lower the per-contract price of trading options, which have been increasingly used by individual investors in recent years and so can potentially attract more retail players to the stock, according to some analysts.

For Amazon, the split may also be a way to recharge stock performance. The company's shares on Tuesday marked their lowest closing level since June 2020 and are still down 20% since mid-November amid a broad swoon for growth stocks. Amazon shares were up nearly 6% on Thursday after the company also announced a $10 billion buyback plan.

Amazon remains one of the biggest influences on the market-cap weighted S&P 500, with a market value of about $1.5 trillion.

As they did when Google-parent Alphabet announced its split, investors speculated on whether Amazon's stock split could pave the way for its addition to the Dow Jones Industrial Average . At around $2,900 a share, Amazon's current price is too unwieldy for the blue-chip Dow, which is a price-weighted index, meaning that high-priced stocks have an outsized influence.

The split would reduce its stock price to about $145 a share, putting it in the middle of the 30-member Dow, whose highest priced component is UnitedHealth Group at around $485 a share.

"Do Google or Amazon's managements care about becoming Dow stocks like Apple?" Nicholas Colas, co-founder of DataTrek Research, asked in a research note. "From a purely financial perspective, probably not; very little capital is indexed to the Average."

However, Colas added: "From the perspective of corporate recognition, the answer is likely 'perhaps'."