India Would Play a 'decisive role' in 5G era 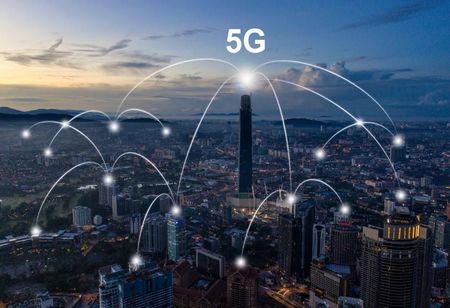 India is set to play decisive role in the 5G era, given inherent strengths in digital and software capabilities, while liberal FDI regime, progressive manufacturing programmes, and resolve for self-reliance would usher large investments and growth in the telecom market, states a senior TRAI official.

The high dependence on the import of telecom equipment has been a major concern, given financial impact and security implications, and a well-planned and focused approach on indigenous production "will be the way forward". This especially so, as existing global supply chains are getting disrupted and new opportunities is expected to emerge in telecom development, Telecom Regulatory Authority of India (TRAI) Secretary S.K. Gupta said.

Gupta states, "While there has been an exponential growth of telecom networks, we are hugely dependent on the import of telecom equipment. Telecom imports have been in the range of 1 lakh crore plus every year which is a point of concern."

He further adds, "Import of telecom equipment not only has an adverse financial impact but also raises security concerns. The risks associated with the concentration of supply chain in a few geographies have attracted the attention of world leaders."

India would play a decisive role in the new era of 5G and its related developments, backed by strengths in software and digital infrastructure.

He adds, "Given the skill base in India, the scale of domestic market and technology orientation, India presents an attractive option for global manufacturers."

Progressive and liberal FDI regime, as also PLI scheme (Production Linked Incentive) for telecom equipment are set to drive the manufacturing ecosystem in India, which is expected to attract large investment to the market.

The existing wider reach of telecom and internet subscribers, affordable broadband services, combined with the power of advanced technologies like cloud, Artificial Intelligence, cloud, and platforms are paving the way for a digitally-strong `new India', he noted.

The pandemic has augmented the adoption of technologies across-the-board in a short span of time, and the emergence of telecom as one of the crucial infrastructures for numerous services would further drive investment and growth in the sector.

"We have one of the world's largest fibre roll-out programs Bharat Net, six lakh villages are to be connected through this flagship program...we are able to provide all services - much cheaper prices and better standards," says Gupta.
Read More:

Omega Healthcare adjoins Gerry McCarthy to Board of Directors