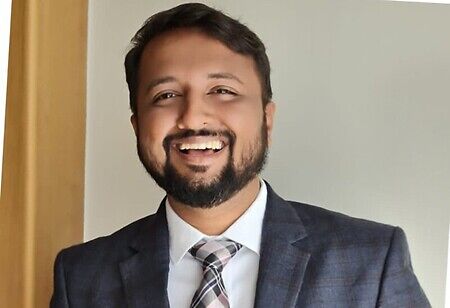 Tea occupied a center stage in the Indian culture since its first introduction to the rolling hills of Assam in the 1830s, enabling midday motivation, talks, and every social event. The beverage, which was brought from China to India by the British, has made a significant impact in its adopted country, with now over 1,585 tea estates and a workforce of over 1.1 million people. Masala chai, an Indian-style boiled tea sweetened with milk, sugar, and ginger, consumed anywhere in the world, is synonymous with India and now there's the contentious chai tea latte.

The Tea Market in India
As per the Indian Chamber of Commerce, India is the world's second-largest tea producer. The country is also one of the major consumers, accounting for about a fifth of global consumption in 2016. In 2017, India had the highest tea exports in nearly four and a half decades. However, due to high domestic consumption, the country's export development was only moderate. Presently, India consumes over 80 percent of its total output. In the last decade, the country's per capita consumption of the beverage has increased dramatically. The country's market is expected to increase at a CAGR of 4.2 per cent from 2022 to 2027, indicating a constant expansion. India's tea industry is predicted to reach 1.40 million tons by 2026.

The advent of new-age, consumer-driven, and youth-run entrepreneurs who want to develop a global Indian brand of quality tea are challenging the industry's stagnation and finding sustainable ways to empower it by bringing technology in a way that focuses on improving tea quality and flavor.

The COVID-19 Effect
With the outbreak of the Covid pandemic in early 2020, there was a dramatic increase in all things digital. This occurred as the world drifted into bounds due to pandemic-induced movement limitations, with no choice but to shift societies and economies virtually to keep them operating. What began as a temporary remedy to handle the pandemic including its constraints has now become the standard norm for the entire world. Consequently, digitization and technical infection are now at the heart of all global companies.
The tea industry is no exception and has been prompt enough to embrace technology for various activities and processes.

Technological Advancements in the Tea Industry
Various industry players have started incorporating technology, specifically Artificial Intelligence, to enhance tea quality as well as flavor. This trend was highlighted by the Tea Board of India in its former report stating Artificial intelligence (AI), big data and analytics, and machine learning (ML) are being considered by the tea manufacturers with the sole aim to improve the quality of tea and enhance its flavor in hopes of command greater prices on the global market.

The tea business is no exception in this regard, as it has rapidly embraced digital adoption for all of its activities, right from manufacture and sales, to distribution, marketing

India’s Emergence as a Lead Market for Frugal Innovations
The emergence of a new paradigm marked by frugal innovations, affordability-driven products with appealing value propositions, is destined to last for some time. Several developed economies are experiencing economic difficulties, and the European Union as a whole is implementing austerity measures. Furthermore, very genuine environmental concerns are raising doubts about the concept of planned obsolescence typifying Western market developments for nearly a century. Finally, there is a growing middle class in developing and emerging nations that relies on low-cost goods and services rather than high-end brand names.

Frugal innovations make use of inexpensive technologies to solve some of the tea industry's most troublesome problems. It's a catch-all word for innovations that don't require a lot of money, have a low financial risk, and can be carried out safely and reliably. Time and technological advancements have been highlighting various ideas that have progressed from concept to successful pilots at partner estates.

Summing up
Over the last decade, technology has been the ultimate game-changer for global industries. While technology and its adoption had been rapidly increasing and spreading in recent years, the global pandemic has significantly expedited the adoption and use of advanced tech solutions across industries. The tea business is no exception in this regard, as it has rapidly embraced digital adoption for all of its activities, right from manufacture and sales, to distribution, marketing.
Read More:

Strategic Imperatives for CEOs to Future-Proof their Business