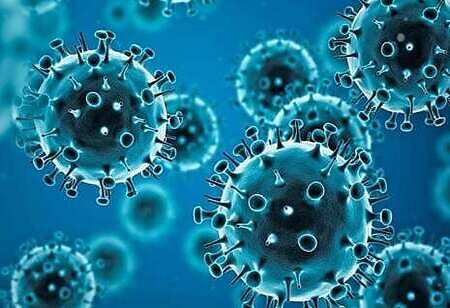 Currently, around 61.7 crore people are infected by the deadly SARS-CoV-2, resulting in more than 65.4 deaths worldwide. The health crisis overwhelmed health systems worldwide and has led to the implementation of many public health interventions (PHI), including closing schools and businesses, mandating the use of face masks in public, and implementing social distancing standards.

The Healthcare industry had to adopt new techniques to treat the patients as the infection started to spread. Prevention is better than cure was the healthcare industry's policy during the pandemic. Even though vaccines are available at present, the chances of spreading the diseases prevail. But there have been various studies on sterilizing the surroundings and killing the virus without much intervention by medical science.

To avoid the infection, scientists in the UK have developed a plastic film that can kill SARS-CoV-2 virus particles that land on its surface with just room light.

The self-sterilizing film developed by a team at Queen’s University Belfast, UK, can be readily scaled and used for disposable aprons, tablecloths, and curtains in hospitals as it is less costly. The plastic film is coated with a thin layer of particles that absorb ultraviolet (UV) light and produce reactive oxygen species - ROS. The film kills the viruses, including SARS-CoV-2. And it is disposable and eco-friendly too.

The invention might reduce the transmission of viruses in healthcare environments and other settings that use plastic films. The experimentation of film for anti-viral activity was done by using four different viruses: two strains of influenza A virus, a highly-stable picornavirus called EMCV, and SARS-CoV-2. Researchers exposed the film to either UVA radiation or light from a cool white light fluorescent lamp. They found that the film effectively kills all of the viruses - even in a room lit with white fluorescent tubes. SARS-CoV-2 was particularly prone to photocatalytic inactivation even under very low UV irradiation conditions.

According to the researchers, the film could replace many disposable plastic films used in the healthcare industry as it has the added value of self-sterilizing at no extra cost. This is the first time that anything like this has been developed, and scientists believe that it will be a huge benefit to society. The researchers noted that pathogenic viruses like SARS-CoV-2 and influenza would continue to be a global problem for years. In developing self-sterilizing thin plastic films, researchers have created a low-cost technology that could have a significant impact on the transmission of such concerning viruses in a healthcare environment and other sectors where they are used.

Other Methods to Kill and Prevent CoronaVirus Indoor Space

The indoor environment can be kept clean by keeping the air inside clean. However, the research shows changing the air in a room multiple times an hour with filtered or clean outdoor air using a window fan, using higher MERV filters in a Heating, Ventilation, and Air Conditioning (HVAC) system, using portable air cleaning devices, and even just opening a window can reduce the risk of COVID-19 transmission. Studies show that five air changes an hour reduce transmission risk by 50 percent. Besides, improving indoor air has benefits beyond COVID-19. Air filtration can reduce the risk of getting the flu, a common cold, or other airborne diseases and lead to better overall health outcomes.

High-quality air filters like HEPA or MERV-13 connected to the HVAC systems or portable air purifiers help to remove virus particles from indoor air. Filtration is a great precautionary method to supplement ventilation or to use if adequate ventilation isn’t possible.

For example, extreme temperatures, wildfire smoke, or outdoor pollution makes us open the window. In such situations, we need to use filtration equipment. But many schools, workplaces, hotels, and homes have windows that do not open at all. Small businesses and common people cannot afford major HVAC upgrades. People have health vulnerabilities and need the extra protection of having cleaner air. In all these cases, portable air cleaning devices with powerful fans as powerful as a box fan we could buy at a store make a big difference in reducing virus particles in the air. HEPA filters, for instance, are at least 99.97 percent efficient at capturing human-generated viral particles associated with COVID-19. As a temporary measure, there are affordable and effective DIY options, including the four-filter-plus-box-fan cube called the Corsi-Rosenthal box.

Ventilation is the other method to keep the indoor space clean. As indoor air moves less than outdoor air, virus particles hang in the air in greater concentrations. Through ventilation, we can bring in more outdoor air that can disperse viral particles and lower the risk of people inhaling them or getting infected through their eyes, nose, or mouth. Fans and HVAC (heating, ventilation, and air conditioning) systems can help make open windows more effective by pulling in clean outdoor air and can send clean air into rooms without windows or good ventilation. New buildings are often constructed to seal air for energy efficiency, so their HVAC systems must be on, or their windows opened to clear the air. Older buildings may be less sealed but have outdated air handling systems or lack them altogether.

Ultraviolet germicidal irradiation (UVGI) is another method that helps remove the CoronaVirus from indoor spaces. It is very useful in restaurants where people will not be wearing a mask while having food. UVGI is already used in the irradiation of airborne tuberculosis.

The Shoe Shiners of Mumbai Need Help to Shine Again

Do you Follow Sustainable Food practices? Here are the Best Five Sustainable Eateries that One Must Visit in Bangalore