Water from Indore Air is Not a Myth Anymore: JNCASR Develops Prototype 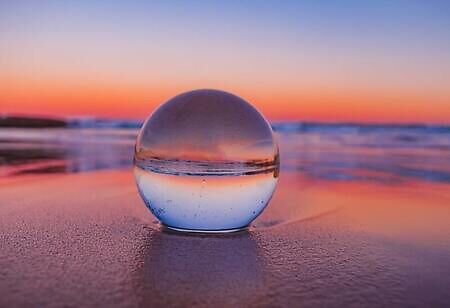 The world is rapidly urbanizing. From 1950 to 2020, the global population living in cities increased from 0.8 billion (29.6 percent) to 4.4 billion (56.2 percent) and is projected to reach 6.7 billion (68.4 percent) by 2050. Similar to the marginalized rural population, a major portion of this population does not have a reliable and constant water supply for their daily needs. In June 2019, 65 percent of all reservoirs in India reported below-normal water levels, and 12 percent of them were arid. As tap water is unavailable in many cities, including megacities, people rely on alternative water sources. Public water pumps are located far away from cities, and their water flow is intermittent and unpredictable. People are forced to spend money to buy drinking water. But many are unable to afford it on a daily basis, which creates a massive problem of water scarcity.

Limited accessibility to water is a direct threat to people's health. Insufficient water could deteriorate the health of an entire city in times of a water crisis. In the city of Latur in, Maharashtra, more than 90 percent of the water reservoirs are depleted, which resulted in a major health crisis, and people were forced to dig bore wells into the ground, exposing themselves to dangerous chemicals and risking contamination. Due to this crisis, the local residents were forced to consume polluted water. And the count of health problems skyrocketed in Latur, with multiple people showing symptoms of fever, infection, dehydration, vomiting, and kidney ailments. Besides the health issue, hospitals were unable to safely perform any surgery due to the increased threat of post-operative infections and complications resulting from a lack of clean drinking water.

Is There Any Pragmatic Solution?

Atmospheric water generation could potentially meet the global water crisis as it holds about 13000 trillion liters of water in the form of vapor and droplets at any certain time. Commercially available atmospheric water harvesters are mostly functional beyond 60-70 percent relative humidity and commonly suffer from issues like water condensation and regeneration.

In the last few years, a few commercial and novel materials have been employed as potential desiccants. Moreover, till now, all have been tested in the arid region to exhibit threshold water uptake at low humidity and solar energy utilization in a more energy-efficient way. But the problem remains as the crisis is not limited to a geographic location. It mostly depends on population, industrialization, climate change, water pollution, and so many other factors. Thus, it is essentially required to design a prototype assisted by such material that could potentially perform anywhere, anytime in a wide range of RH.

Now the researchers from the Jawaharlal Nehru Center for Advanced Scientific Research (JNCASR), an autonomous institute of the Department of Science and Technology (DST), have devised a prototype that can extract water from the air.

The equipment is called Indoor Atmospheric Water Harvester (IAWH), which is made up of a material called Metal-Organic Framework (MOF) nano-composites. The set-up has empty pores for adsorbing water molecules exactly like a sponge. The technology used in the equipment works on copper-based material connected through organic linkers. The device’s design involves a linker-and-node set producing a cage-like framework. It was further modified through two-dimensional templates that provide additional openings for water molecules and improve hydrothermal resilience. Researchers believe that the water molecule initially enters the pore as a ‘seed water’ to attract the following water molecules leading to high-water storage capacity under extremely humid conditions. The experiments resulted in the water harvesting performance of 0.431 gg−a (gram of water harvested per gram of material) of water at 90 percent relative humidity with a maximum value of 0.445 gg−r indoor (40-65percent) water collection per day. The research was published in Advanced Functional Materials (Wiley-VCH, Germany).

The devices designed in the past for the same purpose are mostly operational through interfacial solar heating, often used in arid or desert regions, awfully restricted by climatic constraints. But this device is portable and can be used in indoor conditions assisted by usual electric input under any humid condition (10-90 percent RH) with low regeneration temperature.

The device's major component, Cu-MOF, has been stabilized on two templates that add multiple benefits to the resultant composite. Firstly, it helps in downsizing bulk MOF towards MOF nanoparticles. This results in higher porosity that again leads to enhanced water uptake capacity. It also gains additional interfacial void space with hydrophilic functional groups such as amine, epoxy, hydroxyl, and carboxyl GO from 2D matrices, which activates the water sorption thermodynamically and kinetically favorable. Then the composite unveiled improved moisture and thermal sustainability that results in more durable and efficient water release. In the end, the material is cheap to prepare and shows distinguishable color reversal, while the device is portable, stand-alone, and globally viable.

The researchers are planning to tune the water sorption for contemporary usage, i.e., dehumidification, adsorptive heating, and cooling technologies. Scientists are working on direct atmospheric air capturing, especially moisture and carbon dioxide, to mitigate the issues with indoor and outdoor air quality. According to the researchers, capturing CO2 from the air is not easy; advanced technologies and experts capturing is possible through. The atmospheric air consists of 400ppm of CO2 out of 0.04 percent of the total air. Researchers used a liquid chemical medium to isolate CO2 from the air before separating it from the high heat. Using point-source CCS (Carbon Capture and Storage) will not be sufficient to stabilize the atmospheric CO2 concentration at the desired level.