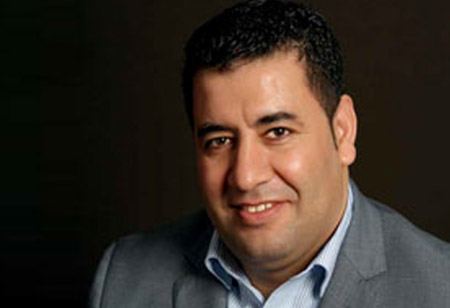 Mustapha holds a Masters degree in fluid dynamics. He is responsible for all commercial & service delivery activities for Uptime Institute. Prior to Uptime Institute, Louni spent several years in the data center industry and has experience in multiple vendor technologies & solutions.

India’s economy remains one of the fastest growing in the world, with an annual GDP growth rate consistently more than five percent over the last two decades, according to a December 2018 report on the ‘MultiTenant Data Center Market,’by our sister company, 451 Research. The report goes on to say that since the mid 2000s, India’s datacenter industry has risen alongside its economy, with providers needing to bring more capacity online and develop further services to better accommodate the country’s ever rising IT needs. With almost three million live operational square feet today, the country is expected to soon be home to the 10th largest multi tenant data center market in the world.

The growth potential in India is high as future drivers for the data center market continues to be all about making sure that the ever increasing digital needs in the emerging economy with India’s large population base are met. Much of this demand is coming first from the larger metropolitan areas of India.

Uptime Institute sees India as the second largest market for data center infrastructure and the second fastest growing market after China. Like many locations, the growth in India has occurred unevenly, taking place first in the more densely populated urban areas, which have the benefit of modernization and growth, while the lagging rural regions have fallen behind or have required more governmentled public sector reform. According to 451 Research, India is the world’s second most socioeconomically unequal country the richest 10 percent of Indians have more than 80 percent of the country’s wealth. By some accounts, despite India’s internet user base being second only to China’s, only about 30 percent of the country’s population currently has access to the internet, with cyber cafes remaining the major place of access for most of the populace rather than residential homes (internet penetration in China stands at around 53 percent compared to 76 percent in the US).

A Country of Change

In the last five years the government has undertaken large scale projects such as the Digital India Initiative to improve internet penetration. Regulators have also tried to promote investment in the infrastructure of smaller towns & villages, with some subsidized tariffs coming into play. India is seeing growth and maturation as these emerging markets begin to evolve and participate in the digital economy. The expanding digital needs at this point are still mainly coming from large metropolitan cities like Mumbai New Delhi, Chennai and Bengaluru.

Our toolkit doesn’t offer only PR skills we understand the big picture, and provide full support & solutions to our clients

Each of the major cities has its own advantages and disadvantages. Bangalore or Bengaluru has established itself as the Silicon Valley of India, with an influx of startups and an excellent technical workforce, as well as being located in a disaster free zone. However the city also has a less desirable geographic placement and higher power rates. The capital of Tamil Nadu, Chennai, sits at a major entry & exit point for international sub sea cables coming in & out of the Asia Pacific, and is now the fourth largest data center city in India. Today, Mumbai has the most subsea cables, highest number of top quality data centers, and the most reliable power. Mumbai currently holds a third of multitenant data centers in India. Mumbai does sit on a Seismic fault region. New Delhi also sits on several fault lines and experiences earthquakes fairly often. Air quality is poor and there have been regulations on diesel and diesel generator usage, and the city is known for having the lowest grid reliability. It is also is the home of the government and is the most populated city, its National Capital Region has a total population of approximately 46 million. Pune is another city that is strategically located for growth, situated close to Mumbai, with lower costs of land and power but also with the low latency connections into Mumbai.

As these cities try to challenge each other for the IT infrastructure market and related grown they must also face the related obstacles inherently held by each location. “Most data center investment is focused on these five cities, reflecting India’s booming economic growth in dense urban areas,” said Teddy Miller Associate Analyst at 451 Research and the report’s author. Providers in the country must overcome an array of obstacles, though, including lack of infrastructure socioeconomic inequality, government bureaucracy and hesitation on the part of local businesses to adopt colocation services. New Delhi is known for its government agencies and heavy industrial manufacturing. Demand for data center capacity had been low but is steadily increasing. Mumbai on the other hand is know more for general financial and commercial organizations.

It is anticipated that the Indian Parliament is expected to pass a form of data localization law this year. According to 451 Research the coming data localization regulations mean that cloud, online content and financial services demand for footprint in India’s primary commercial hub is expected to accelerate, so many of the country’s largest players have plans for new Mumbai campuses, some even before current builds have filled. Overall this will mean infrastructure improvement and perhaps more international modular construction. This will long term be a positive move for the industry in India.

With the engineering talent in India, there may be some positive impact to the data center industry in India, examining the intersection of poverty & marketplaces and various needs. The data center industry in general is facing a shortage of skilled workers, we need to get creative about reaching new groups of workers, as well as better training methods. Programs like Digital India the campaign launched by the Government of India is important progress for India, setup to ensure that Government services are available to citizens electronically. This will only occur with better online infrastructure and Internet connectivity access. This program and overall increasing digital demand and availability will also help to make India digitally empowered in the field of technology.
Read More:

Building a Financial Services Sector that Benefits Everyone