Building a Financial Services Sector that Benefits Everyone 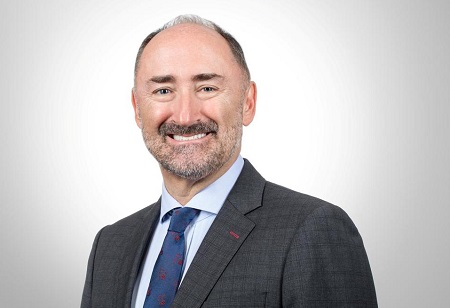 Making FinTech a major focus in the continuing economic development of Bahrain and its financial services sector was a logical decision to make. Especially as the sector has the potential to increase access to financial services, whilst making them both more inclusive and efficient.

This is because Bahrain’s banking and financial services sector has played a pivotal role in the development of the Kingdom, enabling the island-nation of some 1.6 million people to become a leading financial services centre in the region and the world. The sector contributes 17.2 percent to the Kingdom’s GDP and, as of December 2018, banking sector assets totalled US$192.6 billion, more than 12 times the annual GDP. It is the country’s largest single employer and 65 percent of its workforce is Bahraini.

Taking up the Challenge

The challenge we at EDB faced in taking the lead in the regional FinTech sector was how to make the country a juggernaut for the innovation needed to lead in developing and implementing the new technology. The steps that we have taken thus far – building a network of incubators, accelerators, and co-working spaces tailored to startups and a new legislative framework to encourage entrepreneurs – have been successful in converging the resources of the public and private sector to back the entrepreneurial development of FinTech tools.

Bahrain FinTech Bay, which opened its doors in February 2018, is the largest dedicated FinTech hub in the region and fosters synergies among market players, including government bodies, financial institutions, corporates, investors and innovators. It currently hosts 39 companies and is proving to be the ideal environment for experimentation and growth by entrepreneurs and multinationals alike.

Bahrain’s Regulatory Sandbox, which facilitates and encourages the development of the FinTech sector in a safe, measured and pragmatic manner, saw its first two companies exit with products ready for the marketplace.

An innovative technology-based open banking solution was the first to graduate the Sandbox, followed by the emergence of the world’s first Sharia compliant cryptocurrency exchange platform backed by a central bank. The entry into the ecosystem of these two companies will not only further distinguish Bahrain as a leader in the FinTech sector but also will create opportunities to establish an ancillary industry focused on the development of apps and supporting technology.

The same can be said of the mandating of open banking in Bahrain late last year. By allowing third parties to access bank information, payments, and loans, support services will be revolutionised by new apps that provide bespoke services to the individual account holder.

A New Way of Working

Consumers are embracing new technologies at an accelerating pace and expect the services they consume to be as forward thinking as they are. We are starting to see the next generation of startups emerge, enabled by forward-thinking industry leaders and governments keen to build dynamic and open ecosystems, foster closer links and establish stronger networks.

In the short to medium-term, open banking has the potential to have a huge impact; to transform the services available to consumers and radically improve the financial health of the people of the Gulf through access to next-generation banking services. I believe we’re at the very beginning of what is going to be a major shift in financial services. Where we are now has been likened to the early days of the internet: before it had taken off. Back then, people could only really anticipate email and file transfer as the ‘killer’ use cases for the technology. But fast-forward a few years and look where we are: we have smartphones, app stores and social media. The same thing is going to happen with the applications and use-cases for open banking. This is only the start. We’re also laying the foundations for the development of cryptocurrency in the Middle East.

There is already evidence that digitised financial services are successfully reaching into the less wealthy Muslim countries in the region. Financial inclusion is going to be driven by technology leap-frogging, existing financial infrastructure and going to things such as mobile-first technology. In the not too distant future, people will be able to use their smartphones to store, transact and secure their digital assets for identity and their personal data all in one place. The next wave of digital actors are not people but machines. The internet of things already consists of over one billion connected devices and in the years ahead this is going to grow to hundreds of billions.

With the start of open banking and the inevitable development of new apps related to it and to the blockchain technologies, all eyes in the financial world will turn to Bahrain. Our financial services sector will continue to command respect around the world, but the sector will be recognised for its innovation and proactive embrace of the cutting-edge technology that is driving greater access, inclusivity and efficiency in traditional financial services.