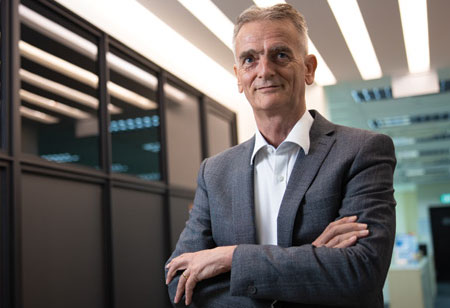 With four decades of experience in the Energy and Industrial sectors, Henri is proficiently leading and developing the Energy sector in India, Bangladesh, Sri Lanka and Maldives, gradually through raising the clean energy in the region’s agenda.

2021, was an exceptional year in the energy and power sector, is now behind us. During the past year the global commitment to fight climate change clearly increased, and new technologies continued to be developed. Even the policy and market environments shifted from the norm, and new levels of turbulence emerged. As decarbonisation continues to gather pace, let’s get an expert insight into what to expect during 2022.

1.Global Climate Ambitions Still Lack Concretism
Following commitments made at the COP26 summit, country level net-zero targets in place or under discussion cover almost 90 percent of global greenhouse gas emissions, thus creating high hopes for a cooler future. However, if 1.5 degrees C is the common goal, many of the targets are set far into the future and lack concrete plans for achieving them. To increase the credibility of the given pledges, countries attending the 26th UN Climate Change Conference in Glasgow were asked to come back by the end of 2022 with upgraded 2030 targets. Additionally, decisions made in the US and China should be viewed through a magnifying glass, as both these big emitters have ambitious decarbonisation plans.

2.Coal Power is on its Way Out
At COP26, a number of countries committed to phasing out coal during the next 10-20 years, or even earlier in some cases. The list includes some of the major coal utilisers, such as Vietnam, Indonesia, and South Korea. Based on Global Energy Monitor statistics, some of the pledging countries still have a huge coal power pipeline under design, or already in the construction phase. This means that some tough decisions, revisiting of investment plans, and support during the transition will be needed during 2022 and beyond. Furthermore, certain coal intensive countries would be warmly welcomed to join the growing phase-out list this year.

3.Dynasty of Renewables Remains Strong
Wind and solar additions totalled almost 290 GW in 2021, according to the International Energy Agency’s report, and this steady growth is expected to continue. Replacing fossil base load generation with clean wind and solar power is one of the most cost-effective ways to tackle the climate challenge. However, in order to reach a net zero emission trajectories, wind and solar investments would need to be scaled up by a factor of 2 to 3 times the current level and relatively soon too. 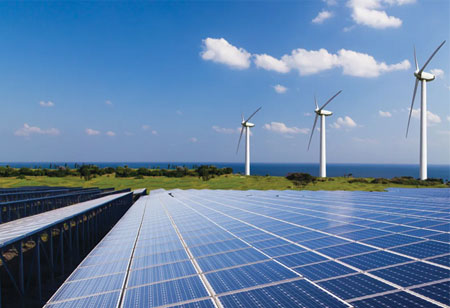 4.Hydrogen Deserves Attention but Needs Focus
The momentum behind the use of hydrogen continues, and especially the green hydrogen pipeline will break new records in terms of megawatts and financed projects. The EUs plan to install 80 GW of electrolyser capacity jointly with partnering countries by 2030 was first seen as being very ambitious, but as EU Climate Policy Chief Frans Timmermans points out, these targets backed by national hydrogen strategies are now likely to be even exceeded. 2022 will show whether or not hydrogen continues to be promoted as a ‘silver bullet’ for everything, or if there is more clarity regarding the most sensible and feasible use cases. A lack of focus and prioritisation around hydrogen will simply delay decarbonisation and waste scarce resources.

5.Price Volatility - Bug or Feature?
Highly volatile prices and extreme tops/bottoms are good indicators that things are not working perfectly. While fuel price fluctuations are likely to calm down, and carbon prices (in Europe) expected to stay up, volatility in the electricity markets might just become stronger unless increasing weather dependent generation is accompanied by proper short- and long term backup. The good news is that even though the decarbonisation road might start out being bumpy in terms of prices, over the longer term, and with proper planning, the price of electricity does not need to increase.
Read More: