Plants Could Synthesis Food without Sunlight? 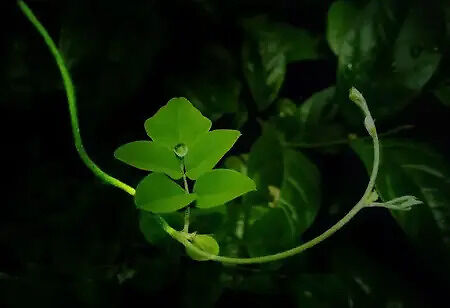 Converting light energy into chemical energy might sound easy, but it would be impossible to estimate the importance of photosynthesis in maintaining life on earth. If photosynthesis ceased, there would soon be little food or other organic matter on earth. As the population is growing rapidly, the need for the amount of photosynthesis and efficiency of photosynthetic products are increasing. The green revolution began in the mid-20th century, leading to enormous improvements in agricultural yield through chemical fertilizers, pest and plant disease control, plant breeding, and mechanized tilling, harvesting, and crop processing. This effort limited severe famines to a few areas of the world despite rapid population growth, but it did not eliminate widespread malnutrition.

How can Artificial photosynthesis be Done?

There are two electrocatalytic processes to convert Carbon dioxide (CO2), electricity, and water into acetate, the form of the main component of vinegar. Food-producing organisms then consume acetate in the dark to grow. The hybrid organic-inorganic system is a combination of electrocatalysis and solar panels. It could increase the conversion efficiency of sunlight into food, up to 18 times more efficient for some food.

Robert Jinkerson, a UC Riverside assistant professor of chemical and environmental engineering, says, “With our approach, we sought to identify a new way of producing food that could break through the limits normally imposed by biological photosynthesis.”

The hybrid organic-inorganic includes the components in such a way that the output of the electrolyzer is optimized to support the growth of food-producing organisms. Electrolyzers use electricity to convert raw materials like carbon dioxide into useful molecules and products. The total amount of acetate produced increases as the amount of salt used decreases, resulting in the highest levels of acetate ever produced in an electrolyzer to date.

Feng Jiao at the University of Delaware says, “Using a state-of-the-art two-step tandem CO2 electrolysis setup developed in our laboratory, we were able to achieve a high selectivity towards acetate that cannot be accessed through conventional CO2 electrolysis routes.”

How does the Electrocatalytic Model Work?

According to the scientists, a wide range of food-producing organisms is grown on the acetate-rich electrolyzer host, including green algae, yeast, and fungal mycelium that produce mushrooms. Scientists postulate that producing algae with this technology is approximately fourfold more energy-efficient than growing it photosynthetically. When yeast is cultivated, typically, it consumes more energy, but when it is grown on the acetate-rich electrolyzer, it will be 18-fold more energy-efficient compared to typical culture.

G is the rate of substance generation by artificial photosynthesis that is carbon monoxide; ΔGf0 is the difference of free energy between the generated substance and that of CO2. Q is the energy absorbed from sunshine per unit area, and A is the area.

Scientists have tried growing crops on the acetate. Plants like cowpea, tomato, tobacco, rice, canola, and green pea were all able to utilize carbon from acetate when cultivated in the dark. Researchers have found a wide range of crops take acetate and build it into the major molecular building blocks an organism needs to grow and thrive. With some breeding and engineering at present, scientists are able to grow crops with acetate as an extra energy source to boost crop yields.

By using this new technology, farmers can grow their crops without sunlight. Artificial photosynthesis creates many ways to grow food under the increasingly difficult conditions inflicted by anthropogenic climate change. Drought, floods, and reduced land availability would threaten global food security less if crops for humans and animals grew in less resource-intensive, controlled environments. Through these new technologies, we can grow crops in cities without getting influenced by climate change.

Researchers assume that the new method of producing plant food could cause a paradigm shift in how we feed people. The process consumes less space and energy as well as it will not cause a severe impact on the environment. And for agriculture in non-traditional settings, like outer space, the increased energy efficiency could help feed more crew members with fewer inputs.

The new approach of food production was exhibited in NASA's Deep Space Food Challenge, where it was a Phase I winner. The Deep Space Food Challenge is an international competition. The awards are honored to create novel and game-changing food technologies that require minimal inputs and maximize safe, nutritious, and palatable food outputs for long-duration space missions.

Martha Orozco-Cardenas, director of the UC Riverside Plant Transformation Research Center, says, “Imagine someday giant vessels growing tomato plants in the dark and on Mars--how much easier that would be for future Martians?”

Textile Hubs in Tiruppur are Knitting Employment and Economy

Are all Foods Under EAT-Lancet Commission's Diet Accessible to Rural People?