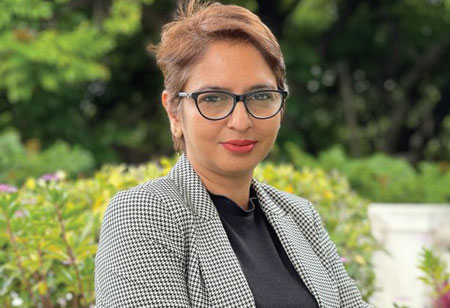 An IIM Bangalore alumni, Seema possesses close to two decades of professional experience and she co-founded Indiassetz in 2015.

"Empowering women is key to building a future we want" Amartya Sen. Traditionally seen as a man's world, Real Estate is going through a rapid transition where women are actively participating and contributing to the sector's growth. As a result, women now have a larger role to play in the industry's evolution across the country. This participation in the professional world is enabling India to edge towards development.

The pandemicled digitization in the sector attracted women to become real estate brokers. Interestingly, women are now also willing to create their own wealth and widen their horizons. Therefore, the sector, which is highly dynamic and constantly in demand is rapidly evolving and helping women carve a niche for themselves.

There is much to learn from the U.S. where there are more female real estate agents than men, as per industry data. In fact, the female to male ratio happens to be 2:1, which brings an entirely new dimension to this conventionally male dominated arena. India, on the other hand, has finally awakened to open its doors to women in real estate and is now offering decision making and leadership positions in the sector. As a result, women in real estate are making their mark as agents, developers, architects and marketing heads.

Women in leadership roles help and motivate more women around them. They pose as role models for other females aspiring to join the bandwagon. Thus, the younger and ambitious young ones who have the potential are attracted towards the sector which offers plenty of development opportunities and a well mapped career path. All these young women require is the right kind of guidance, training and teaching on modern technologies and changing regulatory norms.

Buying a home remains undeniably an important decision in one's life. It is no longer considered a man's responsibility. Breaking the stereotypes, women are investing in buying their own homes. And in their quest to become financially independent, metropolitan women (both married and single) in cities such as Delhi NCR,
Mumbai, Bangalore, and Chennai, are emerging as the second biggest group of home buyers in India. They constitute nearly 30 percent of the entire property purchases in India, as per 2019 data. This is also because there are several advantages attached, including cheaper home loans, stamp duty waivers, tax benefits on home loans, and benefits under the Pradhan Mantri Awas Yojana(PMAY).

The change has come about because real estate promises to be a viable career option full of opportunities for women. But thanks to women entrepreneurs who are changing this social mindset and inviting more women to explore the arena which is quintessentially considered a man's world


It is a popular belief that women cannot survive, let alone thrive, in a male dominated environment. But it is also true that women are occupying some of the leading positions in the real estate industry today. The change has come about because real estate promises to be a viable career option full of opportunities for women. But thanks to women entrepreneurs who are changing this social mindset and inviting more women to explore the arena which is quint essentially considered a man's world. 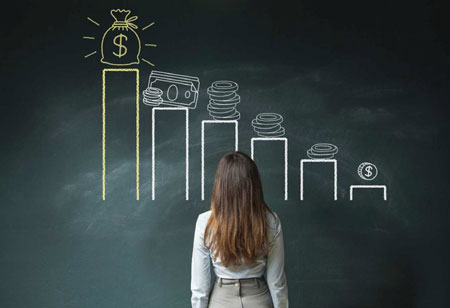 Real Estate is helping women feel empowered to manage their professional and personal career and encouraging them to become financially independent. These career oriented women have leveraged the opportunity to gain financial independence and recognition for their business acumen. They are now making the real estate dreams of millions come true.

But like other industries, real estate also faces its own set of challenges. Most people think that real estate only hires part time women employees. How ever, the reality is different. Women are found across the management and leadership roles in the business. The increased acceptance is imperative for women to grow and flourish in the sector. While the industry is gradually waking up to accepting women in multiple roles, we need more females taking up leadership roles in the future.
Read More:

The Fundamental Shift In Manufacturing