Security Trends to Address Now, on Our Way to the Metaverse 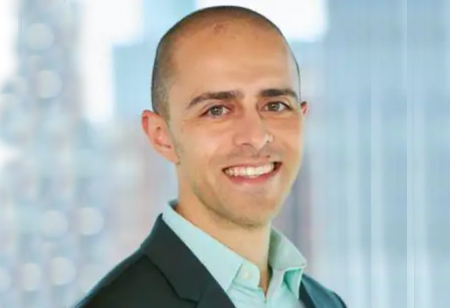 The metaverse is kind of a big deal. It’s even hit the point where major news outlets are writing about it.

But what is it? Why should a CSO Care about it?

The metaverse is essentially the next iteration of the internet. While the mainstream press might say that no one knows what it will look like, that’s only partially true. There are plenty of people who know what pieces of it will look like, since they’re building them now. Besides, there are plenty of others with a fairly solid vision for what it has to look like to function.

To get a sense of it, think about the show ‘Alter Ego’, a talent competition (also known as ‘The Voice’) allowing people, who feel encumbered by their physical appearance, to sing ‘behind’ their avatar. It is pretty cool, giving us a glimpse into what the metaverse will feel like. As Wired’s Kevin Kelly wrote in a story about it back in 2019: “when [the metaverse] is complete, our physical reality will merge with the digital universe.”

Matthew Ball is a venture capitalist, who has written an extensive primer and framework for the metaverse. I’ll quote him here:

“The Metaverse is an expansive network of persistent, real-time rendered 3D worlds and simulations that support continuity of identity, objects, history, payments, and entitlements, and can be experienced synchronously by an effectively unlimited number of users, each with an individual sense of presence.”

I’ve broken down this definition assembling some of the challenges we can expect the metaverse to deliver for CSOs and their teams.

To prepare for the metaverse, and everything that comes between then and now, we recommend that all CSOs, regardless of the industry, become familiar with the audience and security challenges of the gaming industry.

Gaming is already providing and influencing a significant portion of the metaverse’s foundational technology. Beyond technology, its business models are likewise being adapted and leveraged across industries. Video, music, sports, fitness, medicine, and industrial training industries (among others) are already borrowing from gaming, making it a useful microcosm of what is to come in the metaverse.

The gaming industry tends to concern itself with four major buckets of security problems:

Here, we’ll focus on account takeover, as it provides a useful illustration of security trends to watch between now and the metaverse. At Akamai, we have strong visibility into the problems in the gaming space. I’ve authored a piece on how and why criminals attack the gaming industry and my colleagues at Akamai have authored two recent ‘State of the Internet’ reports on gaming security: You Can’t Solo Security and Gaming in a Pandemic. Each of these examines several aspects of what it takes to keep systems online and running despite the relentless efforts of attackers. You Can’t Solo Security also features results of a survey of hard-core players, which Akamai undertook in partnership with the international gaming conference organization DreamHack (now ESL Gaming) to better understand how players feel about the security of their games and how much personal responsibility they believe is warranted when it comes to securing their own gaming accounts. Key findings include:

As we move into the metaverse, your organization’s attack surface will grow by levels of magnitude. To keep that ‘other world’ turning, security strategies will need to better align across industries, and competitors and their security vendors may all need to partner to keep users’ account information secure. In the meantime, security leaders who deeply examine the current state of their account security practices and consider new ways to partner with and train their users will be best prepared to manage the other complexities yet to come.

A Transparent Output About Plethora Of Businesses