Specializing in diverse sales verticals, Ashwin has over 14 years of experience in building strategic relationships and solution selling of different technology solutions across India, APJ and North American markets

At present, nearly all of the new age OTT service providers such as Netflix, Amazon Prime, and so on are battling the industry's age old enemy the digital pirates. They are joining hands with global antipiracy efforts to weed out the menace from the industry. But is it really possible to remove piracy at a global scale? Some, like Netflix, strongly believe it is as they boast about their competency in doing so. Others claim that any such attempt will only have an impact on the short term. In the longer term, pirates will find a way to circumvent it.

This explains why piracy still continues to be a rising behemoth despite large scale crackdowns on torrent websites and illegal streaming platforms. According to MUSO, a company that tracks the scale of digital piracy, nearly 190 billion hits were made to illegal piracy websites in 2018. If the global population is anything to go by, this translates into 25 views per person living on the face of the earth, according to US Census Bureau of June 2019. And this scale of the piracy market is when the digital penetration is far from 100 percent globally. Imagine how big of a market this will be when digital penetration intensifies.

So, let us try and understand the true extent of the challenge and how we can aptly resolve it by leveraging the blockchain technology.

Contentding Against the Pirates: Adding to the Content Delivery related Challenges
It is important to first understand how media or content is actually delivered online. Long before a viewer has pressed the play button, a Content Delivery Network(CDN) which uses its specialized Information and Communications Technology(ICT) infrastructure to disseminate media online has already gauged the location of the enduser, the device that the end user is accessing a service through, its Operating System(OS), the Web Application, local network speed, and everything else that has an effect on the content delivery. After analyzing all such factors, the CDN transmits the online content or video feed via the closest possible data center(or proxy server) from the user’s location. It further extends the digital files or video in the format that will for the optimal viewing experience on the enduser’s device.

CDNs, more over, have a range of solutions to ensure that content is not illegally downloaded or accessed. Still, they are barely able to contain the digital threat as the IT dynamics are too broad to fix every single vulnerability that exists or might eventually pop up.On the other hand, that remaining vulnerability is all that a cybercriminal needs. For instance, Netflix, which is known to tout its competency in antipiracy, itself fell prey to pirating back in 2016. It was only when two security researchers
discovered the vulnerability in Chrome Browsers that enabled cybercriminals to copy the decrypted feed as it plays, or when the feed is transferred to a video player for streaming. The vulnerability was eventually fixed. But the catch is thatthere might be thousands of such vulnerabilities that exist and arise in our burgeoning IT infrastructure.

Nowadays, digital piracy platforms are moving away from the traditional download based approach. They are now upping their game with online streaming of pirated content, much like people are moving away from iTunes to digital streaming platforms like Spotify. Additionally, they are using advanced technologies to source pirated content. So, when the digital pirates are becoming more advanced and sophisticated, how can we battle these new age pirates? The answer is simple: Blockchain.

Blockchain based CDNS that have an immutable infrastructure not only provide the desired security, but also ensures that the content producers receive the ROI they deserve

Further encrypting the encrypted: how blockchain can make a difference in content delivery
Blockchain is a distributed ledger technology that is deemed impenetrable. This is because every change made to the blockchain gets registered in the form of a block and is verified with all other stake holders. For the uninitiated, blockchain stores information transactional one or otherwise in a long chain of blocks. Any new information, including an alteration in the existing information (that a cybercriminal does through cyberattacks),is added to a subsequent block without changing (or modifying) the existing chain of blocks (or the existing information). By design, the previous blocks cannot be changed in a blockchain, which directly eliminates chances of data falsification.

This encrypted information is then relayed to all stakeholders of the blockchain and any subsequent change is only accepted after mutual verification. Since a blockchain is a distributed system, it ensures that a minor stakeholder in the network say a Digital Rights Management(DRM) solutions provider or a malicious insider or a cyberattacker cannot directly or indirectly manipulate the CDN or its content delivery. This prevents piracy of content via vulnerabilities that exist in the IT infrastructure irrespective of where the content travels. This leads to a win win situation for all stakeholders.

Primarily, a blockchain based CDN guarantees that user privacy remains intact with virtual identity representation. Secondly, it reduces the expense of content producers by eliminating the leakage of content, thereby providing superior value for money to their legitimate viewers. Lastly, it creates a public and unassailable database, which can further be used to maximize the service efficiency.

Key Takeaways
The next logical step in the domain is blockchain based CDNs that have an immutable infrastructure which not only provides the desired security, but also ensures that the content producers receive a Return on Investment(ROI) that they deserve, perhaps, getting a step ahead in the game of digital piracy. 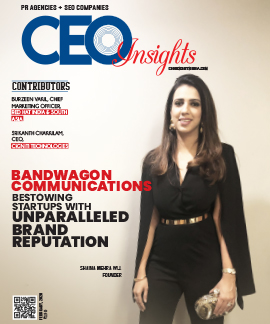