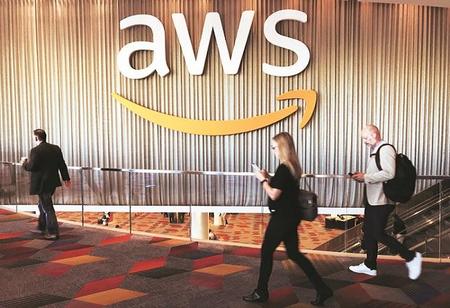 Recently, after vicious fighting over the $10 billion JEDI Cloud computing contract, Microsoft and Amazon have yet again locked buzzers, this time over alternative $10 billion revenue by the US National Security Agency (NSA) secured by Amazon Web Services (AWS), the retail arm of Amazon.

As per the statements, “Microsoft is challenging that decision at the Government Accountability Office (GAO), saying NSA didn't conduct a proper evaluation" while considering a Cloud provider for its new project code-named ‘WildandStormy'.”

A decision is expected back from the GAO by October 29. The Agency will respond to the protest in accordance with appropriate federal regulations. The NSA is pursuing a ‘Hybrid Compute Initiative’ to manage what goes into commercial cloud infrastructure and what pieces cannot be moved,” said an NSA spokesperson.

The previous month, the US Department of Defense proclaimed that Pentagon negated the $10 billion JEDI (Joint Enterprise Defense Infrastructure) contract that was given to Microsoft in 2019, leaving the favorite Amazon out of the race during the Donald Trump administration.

“Due to evolving requirements, increased cloud conversancy, and industry advances, the JEDI Cloud contract no longer meets its needs. The JEDI contract was meant to modernise the Pentagon's IT operations for services rendered over 10 years. After Microsoft was awarded the decade-long contract in October 2019, Amazon Wed Services (AWS) had filed a bid protest directly to DoD, challenging the decision,” states, Pentagon.

Microsoft states, “We won the JEDI contract because the US Department of Defense found that it offered "significantly superior" technology at a better price.”

Amazon assumed that the re-evaluation procedure was highly imperfect and subject to undue pressure from former US President Donald Trump.