Microsoft will become Carbon Negative by 2030 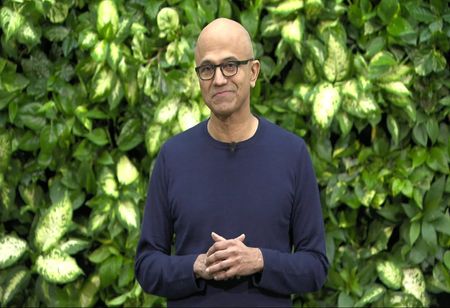 Microsoft, an American multinational technology company, announces the company’s new goals and a detailed plan to become carbon negative and ultimately remove its carbon footprint. As per the scientific consensus, the world confronts a grave carbon problem. The carbon in our atmosphere has created a blanket of gas that traps heat and is changing the world’s climate. If these emissions are not restricted, and temperatures continue to climb, the results can be catastrophic. So, the world’s climate experts agree that the world must take urgent action to bring down emissions.

Seeing such a great need, Microsoft’s Chief Executive Officer Satya Nadella, along with President Brad Smith, Chief Financial Officer Amy Hood, and Chief Environmental Officer Lucas Joppa announces a new initiative to use Microsoft technology to help suppliers and customers around the world reduce their own carbon footprints and a new $1 billion climate innovation fund to accelerate the global development of carbon reduction, capture and removal technologies.
Microsoft Corp. claims that by 2030 it will be carbon negative, and by 2050 Microsoft will remove from the environment all the carbon the company has emitted

We are announcing an ambitious goal and a new plan to reduce and ultimately remove Microsoft’s carbon footprint.

either directly or by electrical consumption since it was founded in 1975.
Commenting on its announcement, Brad Smith, President, Microsoft, says, “While the world will need to reach net zero, those of us who can afford to move faster and go further should do so. That’s why we are announcing an ambitious goal and a new plan to reduce and ultimately remove Microsoft’s carbon footprint.”

In the current mobile-first, cloud-first world we live in, Microsoft’s sole mission is to empower every single person and organization on the planet to achieve more. It has business in 170 countries and is made up of over 1,44,000 passionate employees dedicated to fulfilling the aforementioned mission. An avid digital transformation enabler, the company unveils an aggressive program to reduce carbon emissions by more than half by 2030, including direct emissions as well as its entire supply & value chain.