Apiculture: A Boon to Mankind 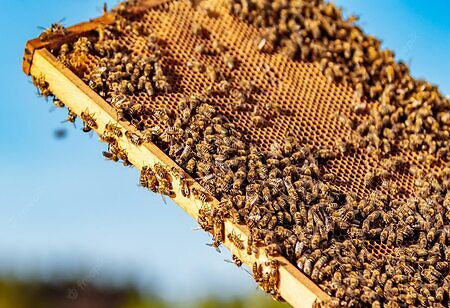 Our ancestors said that bees originally evolved from hunting wasps which acquired a taste for nectar and decided to become vegetarians. Few researchers suggest that bees probably appeared on the planet about the same time as flowering plants in the Cretaceous period, 146 to 74 million years ago. Insects that belong to the bee family are categorized under the order called Hymenoptera (membrane wings). Honeybees belong to the family called social bees, which includes bumble bees and the tropical stingless bees of the genus Meliponinae. Honey bees are also called social bees’ nests in colonies headed by a single fertile female, the queen, which is generally the only egg layer in the colony. Pasturing nectar and other tasks, such as feeding the queen and the larvae, cleaning brood cells, and removing debris, are carried out by a caste of female bees, the workers.

Honey bee farming or apiculture is creating employment for people all over the world, and it is profitable too. Let’s look at the procedures to follow to culture the bees:

While initiating honey bee farming, the first thing we should keep in mind is which type of apiary farm should be used because it deserves some unique ideas. Honeybees require abundant sunlight, water, and a strong hive; in some seasons of the year, they may need food. It is better to place the hive against a protected tree line or fence. In order to find the pollen, bees will fly long distances. Bees use the pollen produced by grasses, herbs, trees, flowers, and weeds. Beekeepers should have and maintain a garden having a variety of plants for bees’ food.

Beekeepers, especially beginners, will have a different experience in every season of the year. The colony looks and acts differently in spring, summer, fall, and winter, and you may be seeing it all for the first time. Usually, honeybees will be able to build two hives a year.

Skep: This type is no longer used because honey is difficult to remove from the hive. Although it is no longer used, scapes can be a decorative addition to a collection of old farm equipment.

Top Bar: The top bar resembles a pool that is used for animal feed. Actually, bees build their combs by pulling them down from the wooden bar inside the top of the hive.

Langstroth: The Langstroth hives are seen everywhere. It is made up of wooden boxes called supers, which are stacked on top of each other. Inside, the bees build their combs and fill the wax frame cells with honey hanging vertically inside the wooden boxes.

Warre: These hives are smaller in size than Top Bar and Langstroth versions. It can be compared to a cross between a hollowed-out tree and a top bar hive.

Apis Dorsata: It is also called the rock bee. It is a giant bee that produces 38 – 40 kg of honey per year in each colony.

Apis Indica: It is also called Apis Indica, and it is an Indian bee. It is easy to domesticate and is commonly used to produce honey. Apis Indica gives 2 to 5 kg per year per colony.

Apis Florea: It is also known as Little Bee. As it rarely stings, honey is easy to extract from its hive. Because of this, each colony produces about one kilogram of honey yearly.

Apis Mellifera: It is called the Italian bee. This kind of species has a highly specialized dance routine to advertise food availability, and it stings less than the smaller bee. However, it can produce between 20 kg to 40 kg of honey per year per colony.

Equipment to Culture the Bees

Conditions of the equipment used in honeybee culturing vary depending on the size of the operation, the number of colonies, and the type of honey produced. However, the basic equipment that the beekeeper needs is hive components, protective gear, smoker and hive equipment, and the tools needed to handle the honey harvest. A hive is an artificial structure in which a bee colony resides. A wide variety of hives have been developed over the years.

Bees are used in the pollination process as they suck the nectar from different plants and transfer the gametes from one plant to another; the process is called cross-pollination. Moreover, maintaining many strong hives throughout the year is difficult, and most growers prefer to rent hives. However, you should follow the below instructions.

Like other organisms, there are many diseases affecting bees in India. Diseases like Acarin and Nosema in the adult bees and brood disease of larval stages attack the bees. So the farmer must take preventive actions to control specific pests and diseases. The farmers can contact the local agriculture department for a solution to the diseases.

In India, beekeepers harvest honey more than twice in a season or a year. The time of harvesting depends on plant life and the local climate.

As honeybee is agro agro-based activity, it will usually be done by the landless people of rural areas. As honey is used in medicines and other sectors like bee wax is used in polishing and cosmetic products, the market is high for the beekeeping business.

Bee farming offers a big zone of opportunity for MSMEs in India as well, helping farmers in distressful seasons, sustaining biodiversity, and encouraging pollination, a winning solution on all fronts. As per IMARC, the Indian apiculture market will touch Rs. 33,128 million by 2024, expanding at a CAGR of 12 percent by 2024.

How Profitable is Sugarcane Juice Business in India?