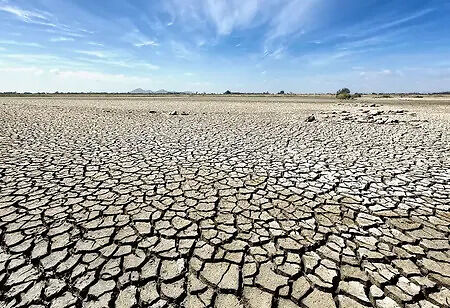 The scarcity of water has become a global crisis. Not only does humankind suffer from the water crisis, but even plants and animals cannot survive. The scarcity frequency and severity are projected to increase in the future. Studies reveal that almost the entire crisis is caused due to greenhouse gas emissions. Mostly, the drought hotspots are located in northern hemisphere regions with moderate to extreme summer. This drought might become normal by the end of the 21st century under the warmest scenario. The drought occurrence rate is expected to be 100 percent higher than that of the low-emission scenario.

Natural calamities such as water shortages, extensive fires, high food prices, and severe crop losses across the Northern Hemisphere also impact the economy. It has had one of the hottest European summers on record, with heat waves and exceptionally low rainfall. The environmental ups and downs have led to dry soils, particularly in France, Germany, and other central European countries and even mainland China also experienced exceptionally high temperatures and dryness. The deficiency in soil moisture will lead to poor harvests in the affected regions, increased fire risk, and, in combination with already very high food prices, is expected to threaten food security across the world.

Extensive heat and low rainfall in West-Central Europe impacted human health, energy, agriculture, and municipal water supply. And it has even caused economic impacts. The poor water infrastructure and leakages worsened the predicament, and it came at a time when food and energy prices were already high, resulting in compounding social impacts. Reports suggest that dry soils caused severe economic and ecological impacts across the Northern Hemisphere except in the tropical regions, and that is particularly severe in West-Central Europe.

According to the new environmental models such as observation-driven land surface models, very low summer surface and root-zone soil moisture. It happens once every twenty years. However, the moisture intensity varies according to the type of soil and the temperatures. In order to rectify the role of climate change in these observed changes, the researchers combined the observation-based datasets with climate models, and they found that human-induced climate change increased the likelihood of the observed soil moisture drought events. The possibility of the change is larger in the observation-based data compared to the models.

Researchers have assessed that an increase in high temperatures is the main reason for the increased drought. In West-Central Europe, climate change was due to the pollution caused by human activities. For the Northern Hemisphere extratropics, human-induced climate change made the observed soil moisture drought much more likely, by a factor of at least 20 for the root zone soil moisture and at least five for the surface soil moisture. Still, as is usually the case with hard-to-observe quantities, the exact numbers are uncertain.

According to the environmental models that have analyzed the soil moisturization, drought will continue to increase with additional global warming, which is consistent with projected long-term trends in climate models as reported—for example, in the IPCC AR6.

How does Water Scarcity Lead to other Serious Issues?

As we know, the lack of water consumption causes dehydration in the human body. Likewise, water scarcity in the environment impacts the human body as well. Hunger is one of the most serious effects of water scarcity. How? As water is the main source of crop production, it will directly impact crops and livestock, which can lead to food shortages and, eventually, starvation.

In underdeveloped countries, some children are not able to go to school because they either feel queasy or they have to walk for a long time to reach a water source. Even when they can attend, many children cannot learn because of their fatigue.

Researchers from Switzerland, India, the Netherlands, France, the United States of America, and the United Kingdom have made a model to assess the extent human-induced climate change altered the likelihood and intensity of low soil moisture, both at the surface and the root zones for most crops.

In the future, several relevant variables and complex processes will contribute to the occurrence and severity of droughts. However, all drought-relevant variables are not necessarily represented well in the general circulation models (GCMs). When it comes to the changes in potential evapotranspiration (E0) and precipitation in the future, these are integral parts of the hydrological cycle. In the present scenario, new multimodal efforts have explored climate change impacts on regional drought variability—for example, the studies based on the Fifth Phase of the Coupled Model Intercomparison Project (CMIP5). According to the CMIP5 simulations, hotspots of increased drought risk and severity have been identified. The mechanisms behind the changes of the key drought-related variables—for example, precipitation, E0, and large-scale atmospheric circulation have been investigated.

All the multimodel help promote sustainability, which is very important in the present global situation. The climate system in CMIP6 simulations, spatial resolution, and the climate forces have improved substantially.

To find the drought-affected soils, there are several measures. According to the Standardized Precipitation Evapotranspiration Index (SPEI), a significant part of the atmospheric water balance helps to magnify the drought. Indexes are very important in Climatology as they compare drought in different locations.

The Divine Flavors of Ancient Temples in India