Demand and Commercial Scope of Plant Nursery Business in India 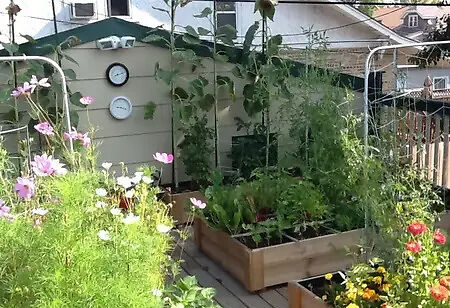 Home gardening grew increasingly popular in the cities during the COVID-19 lockdown, becoming the most beneficial and fulfilling activities among others which were cancelled during the time. Indian celebrities began challenging fellow industry folks into planting saplings for the ‘Green India’ initiative. Eventually, urban dwellers were also encouraged and joined the initiative. With the existing spaces like terraces, sit outs, front and back yards, including indoor spaces, people slowly began by placing a few plants in the spaces they could. Little by little the idea of planning to utilize the space accurately, got clearer with the deployment of various gardening equipment, meant for growing plants in these kinds of spaces. There on, social media feeds were engulfed in posts showcasing people’s progress of growing various plants and how their ambience was enhanced in the process. As a result, the demand increased the pop-up of plant nurseries, as well as, individual sellers visiting different areas selling plants from their carts.

How and Why Plants Are Bought?

Today, a growing number of youngsters are purchasing plants and are transforming the plant nursery business by giving a new meaning to why plants are bought. Most of the youngsters appear to buy plants for decor, a gifting item, healing item or even a pet since plants don’t require as much attention or care like animals. Perhaps the reason at times could simply be that its nice to have plants around even if the individual doesn’t know much about them.

Then there’s the most voted reason, which is, going green. Now that there’s a lot of noise around environment welfare, buying a plant is a way of contributing to the environment. Many individuals are becoming independent by buying or renting a house or flat of their own and investing in plants. Not only does the idea of having a plant match the climatic change, but is social media worthy as well. Whether the posts are genuinely towards environmental welfare or simply to show off, it does implant a thought, among viewers, to get into the trend.

As the competition flares, we can see individuals decorating their homes by placing plants in the living room, bedroom, kitchen, bathroom and study room and almost every space they could place them into. In a way, plants help in producing oxygen, relieve stress and repel insects and other creepy crawlies.

Also, purchasing plants has become flexible which also encourages people into buying as many plants as they desire.

The high demand for indoor plants or the idea of home gardening, penetrated the growth in the number of online nurseries. These nurseries are either fullflegded physical stores with an online platform or an e-commerce store tha sources plants from local nursery shops. Also, sourcing plants from local nursery shops paves way for employment and income for localities or the economically backward.

People mostly choose to order plants online due to the convenience it provides. The plants get delivered to your doorstep, which cost a bit for the delivery charge. Some people have no problem with spending for the delivery, packaging charge and what not, rather than visiting the store physically and having to load heavy pots of plants and then carefully taking them home. Not to the mention, if the plants tend be in mud pots, it’s a hassle to manage the weight and their delicate substance that breaks with any hard impact on them.

Additionally, some advertise their shops on social media which fetches more views given they have a good number of followers and views.

On the other hand, these stores have their own unique selling points such as pricing the plants and gardening tools for reasonable rates, providing safer and eco-friendly packaging, self-watering pots, a survival assurance promising replacement if the plants expire prior to their prescribed guarantee. Additionally, the stores also assist buyers in choosing the plants that suit their needs rather than their wants. This is important, as different types of plants require their certain climatic conditions or intake for their health.

Beyond that, the stores also offer guides to taking care of these plants after purchasing them.

But then there are challenges to purchasing plants online. Oftentimes customers happen to complain about the damage after delivery and the quality of plants that appear different from what they ordered.

Today, the shift towards growing your own produce has penetrated the rise in urban farmers.

Urban farmers like the instagrammer, spicymoustache, from London, Anusuya Sharma from Bangalore and several others, are inspiring people to start their urban farming journey with the existing they have.

The reason for urban farming is that locally produced food is now becoming more popular in towns all around the world.

In addition to local administrations, a large number of non-governmental organizations (NGOs), neighborhood associations, and citizens have begun to pay attention to urban agriculture. Urban and peri-urban agriculture, in the opinion of the Food and Agricultural Organization (FAO), contributes to global food and nutritional security.

Small-scale agricultural operations on private and public lands have been started in numerous nations by community organizations and individual city inhabitants with the assistance of city administrations. Urban agriculture is also practiced in numerous cities in Latin America and Africa, as well as in Russia, Spain, Portugal, the Netherlands, Israel, and Spain.

We can see evidence of these agricultural activities in many Indian cities. However, it is important to recognize the restrictions that this action would be subject to in India, though. The truth is, urban farming comes with severe space constraint challenges and is not likely to make any contribution to the overall food production in the country.

In cities, most open spaces are either registered for commercial construction purposes like shopping malls, offices, parks, hospitals, banks and companies among others.

Urban agriculture deserves support despite its drawbacks for a number of reasons. First off, extra food is appreciated even though it makes up a little portion of the nation's total output because even this small portion will undoubtedly feed a big number of people.

The Reality of the Jaggery Business in India