Idea or Execution: What is more Important for an Entrepreneur's Success? 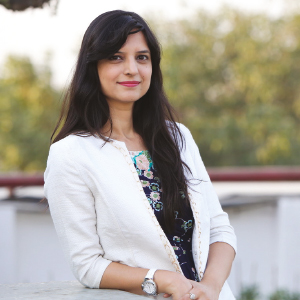 There have been a lot of debates over time on supremacy of execution over an idea and vice versa. Though both ‘idea’ and ‘execution’ are important for success of an entrepreneur, I firmly believe that it is very important to impartially evaluate the idea to understand if it would work. While it is important that we do not underestimate the value of a creative and highly promising idea, but it is important to understand the thin difference that lies between ‘having the right idea’ and ‘doing it right’. It is inevitable that even the most skilful execution strategy can’t prosper and succeed without discovery of a bright idea. On the contrary, execution is the power that nurtures and makes an idea outshine.

Often speaking at conferences and interacting with young budding entrepreneurs, I realise that a lot of youngsters today are involved in an arduous search of a 'unique' idea. As long as you pick-up an existing idea and
through an impeccable execution you are able to impact the life of target consumers, you will be successful in the long run. Having said that, it is of immense importance to work on your execution strategy as per the ever-evolving business environment and changing requirements of your target consumers.

"An entrepreneur is not expected to be a creative genius; he/she is rather a passionate force & progressive visionary with sharp business acumen"

An idea and its execution always move together and it is impossible to prioritize one & neglect the other. However, it is imperative to recognise the key factors:
• Execution not only nurtures an idea, but also tests its potential at each stage to determine the viability to attain success.
• An idea, however, unique it is remains a concept and a mere representation of thoughts. It is the execution plan that gives real vision and direction to an idea. As a famous quote says ‘it’s easier said than done’.

Talking about role of an entrepreneur in conceiving an idea and executing it, I would like to add that an entrepreneur outshines when his/her skills are tested to the core to make an idea reach the path of success. An entrepreneur is not expected to be a creative genius; he/she is rather a passionate force & progressive visionary with sharp business acumen. Adjusting quickly to the business environment and improvising the idea whenever required are some of the traits, which are required in an entrepreneur to successfully implement an idea to action.

Idea or Execution
If we inspect the two carefully, we will realise that it is impossible to separate the two. But I strongly believe that an idea, which may seem perfect and faultless in your thoughts, can lead to failure with the impact of counterattacks from competition and operational discrepancies. We label a lot of businesses and entrepreneurs as ‘overnight success’, but it takes a lot of efforts in terms of thoughtful strategies & actions to make an idea successful. Just like a journey of a thousand miles begins with a single step, it takes thousands of small actions at the right time to reach the destination of success.
Previous