Technology - The New Medium Of Education

Technology - The New Medium Of Education 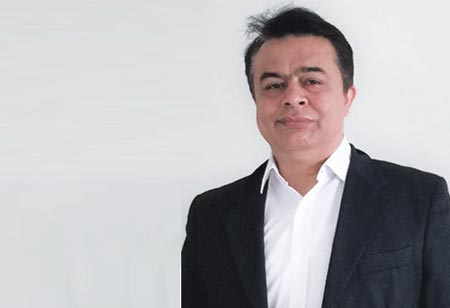 Your kids go to school... Which medium? Hindi? English? Or maybe any state language? Learning in the language that one understands made it easier to learn faster and better. That is precisely the reason how the various “language” mediums came in existence. Globalisation in post industrialisation era along with the advent of MNCs followed closely by the computer era prompted parents to send their kids to English medium schools, to enable them to become citizens of the world in which English surreptitiously albeit quickly became the global language of communication. Clearly, English was the future for the twentieth century and became the preferred medium of education by road-rolling other regional and even national languages. This was till the advent of the twenty-first century when a new language called “Technology” became the preferred “language”. This makes us ponder. Isn’t it pertinent now for us to start teaching our children in “Technology” medium?

What does Studying the Technology-Medium Entail? Devices - Just look around and all you see is people with their heads bowed. No, they are not paying you respect, instead they are browsing their smartphones which have pervaded all cast and creed around the world in just a decade since the first iPhone got launched in 2007. In the near future, it will be imperative for children to be taught how to use smartphones effectively. Smartphone is just one of the million other devices that are all around us. Laptops, tabs, smart TVs, DSLR cameras, GPS, smart wearables, gaming consoles, driverless cars, home automation including smart refrigerators / washing machines, wi-fi enabled lights, CCTVs etc, the whole IoT jingbang, servers, robotics, just to name a few. Even teachers would need to be taught usage of Smartboards, casting devices, and projectors.

Applications - People would need to be taught how to use apps. In the era gone by, we were taught how to write and would even get extra marks for good handwriting, now we need to teach how to type. There might be a course on Emojis as well which would include explanation of various types of emojis and how to use them effectively. Emojis can also be used to explain racial differences what with all the colours (white, brown, yellow, black) one can use. Interestingly, in one of the
episodes of Black Mirror, a British TV series that revolves around the effects of technology in the future, castes are defined by the ratings one got from others on every human interaction. This even implies that people might even need to be educated on how to live in the virtual social world.

While the caste system founded on ratings based on every interaction seem a little far-fetched, factions have already sprung up which are divided by people who are tech-savvy, tech-literate, techaware and tech-illiterate. It is quite clear that one would find it difficult to manage in the world which runs on tech-medium. The exact reason what made people around the world learn English makes it essential to learn “Technology.” We have already started practical usage of Augmented Reality (AR), Virtual Reality (VR), holograms and Artificial Intelligence (AI) and going by Moore’s law, in a blink of an eye, we would be using these in our day to day lives. Anyone who hasn’t already adopted net banking or whatsapp will feel like a dinosaur by 2025.

The education sector is at the tipping point of being zapped by technology covering all aspects including content, medium and expected outcomes

The prime objective of “Education” is to teach people what is required for them to learn languages, sciences or humanity subjects to help them choose careers. While the choice of careers won’t change much, it would not be possible to excel or even survive without being trained in using technology relevant to the respective field. The advent of all pervading internet along with powerful devices in everyone’s hands also makes it possible for education to be imparted anytime, anywhere. The existing “school” model is so last-centuries which came in existence as the only way a teacher could teach many students was to bring them all in one room. With information available and accessible on-the-go, it is even easier to customize the content to individual students who can study at their own speed as well.

Undoubtedly, Education sector is at the tipping point of being zapped by technology covering all aspects including content, medium and expected outcomes. Just like how manufacturing transformed itself in the last century or banking in the last couple of decades, Education would get completely overhauled over the coming decade. The so-called digital migrants who themselves acquired their education bereft of technology are the last bastion holding the fort of the antiquated education format. As soon as the digital natives take over the education sector it would transform in no time with technology ruling the roost since the millennials don’t even know how the world sans technology looks like and they don’t have any of the good-old-days hangover to which some of the educationists are desperately holding on.
Read More: