Thrust On Brownfield Transmission For A Robust Power Sector And A Better, Environmentally Sustainable Future

Thrust On Brownfield Transmission For A Robust Power Sector And A Better, Environmentally Sustainable Future 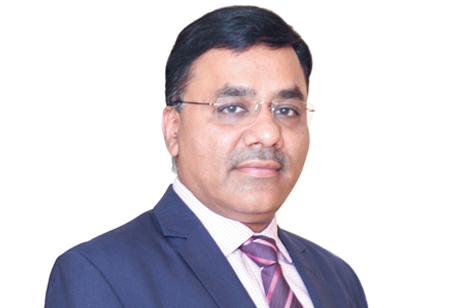 Holding over 2.5 decades of experience in India & overseas, Manish has held leadership roles in telecom & power, and is also a member of IEEMA Executive Committee, CII, FICCI and CACMAI.

The world is treading the edge of a climate change precipice. The UN has termed climate change as one of the most defining issues of our time. The impact of erratic weather patterns, rising sea levels and global warming, can no longer be ignored. Drastic measures are needed to curb the impact of Greenhouse gases and CO2 emissions on our environment. The Electricity sector is one of the world’s major contributors to CO2 emissions globally. The measures taken by this sector in the fight against global warming to curb CO2, will have far reaching consequences.

The climate change threat has forced the world to work together in an attempt to mitigate the danger. Over the last few years, India’s commitment to proactively transition to cleaner, greener and sustainable energy resources has been noteworthy. India’s role is pivotal in leading global climate change initiatives.

Home to many of the world’s fastest growing cities, India is the world’s third largest power consumer behind China and the US. According to a Bloomberg NEF report, India’s power demand grew 50 percent in the last decade. In 2019, the country consumed 1285TWh, up from 851 Wh, per year, from the beginning of the decade. It is estimated that power demand will shoot up by at least 80 percent in the next decade.

As India accelerates towards its RE goals, it has become increasingly important for the power sector to step up, become conscious of environment, sustainability and take an active role towards reducing Co2 emissions. The power sector contributes to approximately half of the country’s CO2emissions, due to heavy dependence on coal-fired electricity generation. India is reportedly the world’s third largest emitter of greenhouse gases and as per the Paris agreement, has pledged to a 33-35 percent reduction in emissions by 2030, from 2005 levels. The plan is also for 40% of installed capacity to be RE by 2030. This figure currently stands at ~23.7 percent.

India is on course to meet its RE target of 175 GW by 2022 and 450 GW by 2030. To achieve this, there is an urgent need to modernise the grid and make it smarter to adapt to variable supply. Importantly, transmission will have to optimise existing infrastructure assets to serve the exponential growth in demand for power.

The vision is to eventually lower our dependence on coal fired thermal power and increase usage of RE sources to generate electricity. This will lead us away from fossil fuels and translate to tangible improvements in the environment and a reduction in CO2 emissions. The ‘Smart Grid’ should optimise the use of existing transmission assets for maximum efficiencies, minimum losses and also be kinder to the environment.

Indian cities, faced with a lot of downstream network congestion, have utilities grappling with the pressure of growing demand for power, which ageing transmission infrastructure is buckling under. Setting up greenfield transmission infrastructure, means more land acquisition and potential RoW challenges, in a country where availability of free space is constrained. Additionally, it would result in higher investment of time and capital and also potentially damage the environment where new construction would take place. Therefore, the most ‘environmentally friendly’ & cost effective route is to retrofit existing brownfield infrastructure to augment capacity, using the same corridor footprint, without taking up any additional land or space. Hence, it is crucial, that transmission system planning & philosophy optimize additional capacity by augmenting transmission systems.

It is heartening to note that Indian Power Utilities have started adopting low loss products & solutions which are energy efficient and also play a significant role in reducing Co2 emissions associated with transmission line losses.

In the recent past, many Indian states like Kerala, UP, Delhi, Tamil Nadu & West Bengal and also Power Grid, have taken the lead in uprating/upgrading their existing transmission infrastructure in line with many developed countries globally, to work their way around congested areas, minimise corridor footprint and to preserve the environment around them, while delivering power to the last mile.

In developing countries like Bangladesh ~50 percent of new transmission lines that are approved and under implementation are on high ampacity and low loss products, while this stands at ~30-35 percent in Indonesia. This kind of long term planning on new lines, India would do well to emulate both at the Centre and State level.

According to an IEEFA report in 2019, India will need ~$80 billion investment in the transmission sector to keep pace with growing generation capacity. India needs strong transmission policies that will encourage the uprate/upgrade of existing transmission infrastructure assets before considering new builds. We need clear perspective planning factoring in N-2 contingencies, that will help us leapfrog our capabilities to provide reliable and quality 24/7 power for all in the future.

In conclusion, as we accelerate towards building a robust power transmission sector ready to support growing demand for power, faster networks, high speed data and communications, there is an urgent need to ramp up investments in the sector. Significantly, as the world is focussed on curbing GHG emissions so that global warming does not cross the dreaded 2°C mark, India has a significant role to play. Every effort must be made by the power sector to curb CO2 emissions as the country is on track to achieve its Climate Change pledges towards a cleaner, greener, sustainable energy future.