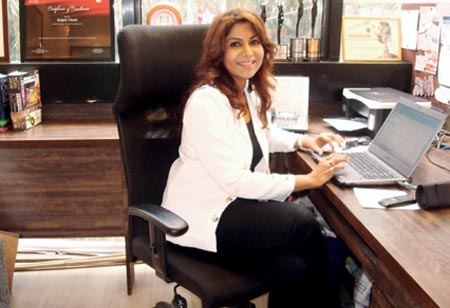 The most debated topic of the past few years is that Artificial Intelligence (AI) will replace human intelligence and render the human race unemployed. While AI will certainly change the labour backdrop, it will certainly not be an overnight rebellion, neither an umbrella occurrence across sectors. Akin to many other major advances in technology, AI will create new roles across society as also change existing responsibilities. By 2025, AI will stop being a catchphrase and become the norm for most companies. AI will not be just a value add attribute, but an ingrained feature across all products and services, akin to today's touch screen feature. By 2030, AI will become a regular part of life, similar to computers in the early 90s and the Internet of the late 90s. 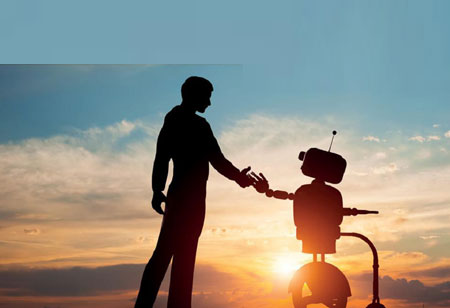 There are numerous opportunities for corporations to leverage AI in the future. In areas like financial services, manufacturing and communications, AI will be the key differentiator for companies that wish to stand-out. Facial Recognition and Voice Interfaces will become the norm. AI will analyze the digital landscape and report on exact insights, real time updates and trend assessments to enable brands to micro-target and customize customer interface. AI will definitely have a tremendous impact on both the work we do and the way we communicate with internal and external stakeholders. It will definitely free us from the mundane and enable us to focus on high value work. Machine learning, AI, Chatbots and NLP will help companies change boring, mundane, repetitive tasks from its workforce to e-bots, thereby freeing employees to focus more on complex, creative, high value work. Backend office tasks will be handled by AI even as Marketing and Sales personnel use the AI data to spend more time with their customers and customize their consumer pitch and conversations. Chatbots will seamlessly engage with consumers such as answering queries or offering shopping assistance to help consumers benefit from faster service, while front end retail marketers can analyze the data gathered online via the Chatbot dialogue to predict and prepare for the season's shopping trends.

Where does that leave the all encompassing fear that AI will rob human jobs? Fear is a powerful indicator of how the public will embrace or shun a new product or technology. The key lies in how corporations and governments handle the public fear of AI. While the public fear about AI is rooted in real concerns like job
security and data privacy, it is often articulated in exaggerated narratives. Rather than dismiss it as premature non techie rambling, companies should give it due respect, and let the public narrative guide them in developing and implementing AI wisely. Ironically, the biggest challenge for companies regarding AI is not explaining the technology's capability to the public, but instead explaining their potential through the rise of AI, such as unlocking human creativity and soft skills in ways previously thought unimaginable. Successful companies of the future will have healthy dialogues with the public and co-create products & services that incorporate AI features, while simultaneously allaying the risks associated with AI development. Authentic communication and building the right kind of trust in the services of AI will be the key to long term success.

Most low paying daily wage earners are fearful of their jobs being sucked away by the emergence of Robotics. While governments around the world have been reinforcing the fact that AI will create millions of jobs, they must be challenged to give specific examples of what exactly those jobs are, how people must train for them today, and who will bear the cost for this training. If these questions can't be answered, then assuring the public that millions of new jobs will be created not only rings false, but further compounds their fear of AI. Both organizations and educational institutes must challenge people to re define their world beyond traditional work and force them to rejig their skills, competencies and definitions of labour. In other words, all of us will need to reflect on what kind of a post AI society we want? And this isn't a dialogue we should keep aside for 2030, but one that is vital for today.

Does the seamless integration of AI indicate that by 2030 an AI Bot may end-up with a critical seat on the Board. Interestingly, a Hong Kong VC firm - Deep Knowledge Ventures (a company that focuses on age-related disease drugs and regenerative medicine projects) has just named an AI tool VITAL to its Board of Directors. It will have exactly the same power as a living, breathing, elite college educated human being. VITAL uses Machine Learning to predict which life science companies will make for successful investments and has been acknowledged as an equal member of the board of directors, because its opinions based on thorough analysis will be considered as probably the most important and final decision. Humans are emotional & subjective and therefore prone to make mistakes, but unlike machines they can make brilliant intuitive decisions. Machines like VITAL use only logic! In my opinion, the future of business will definitely see the perfect combination of the intuition of Human Investors intertwined with AI logical analysis to create the Perfect Collaborative Team, wherein the risk of the error can be minimized and scale of creativity heightened.

By 2025, AI will become an integral part of daily business, but people will still be a brand's most valuable asset as they collaborate, think out-of-the-box and redefine the big ideas. AI will not replace humans, but supplement human knowledge and experience. Machines will empower businesses to understand how ideas can be shaped, repeated, and executed at scale to greater perfection. AI isn't going to replace human contribution, but make it more streamlined and efficient. The final result will see a far more evolved human experience for everyone involved.
Read More:

Sustainable Designs For A Better Workplace