She talks about how women are rediscovering their identity and self-worth across different walks of life, and how beauty pageants are paving the way for this self-discovery.

It is often thought that once a woman gets married, it signals the end of her personal and profession-al achievements. While this notion may have rung true in earlier times, itis slowly changing and metamorphosing into a new era, where women are emerging as the heroes of their own stories and encouraging other women and men to break stereotypes.

Today, married women are no longer defined by being just a wife, mother, daughter-in-law, sister-in-la-wand so on; she plays a much larger role in the society and in a nation’s progress. Women who look after their individual satisfaction and identity and work towards achieving their dreams, goals and aspirations are an asset to their family, the nation and the world at large.

Indian women have been shattering the glass ceiling and constantly raising the bar since years now. Women achievers such as IndraNooyi, VidyaBalan, KareenaKapoor, Mary Kom, Shobhaa De, Farah Khan, among others, are mothers who nurture their house-holds while running successful careers across different fields. Women like them live life in a 'no compromise' mode. They want it all and they deserve it all.

The mere fact that modern offices are being designed to include childcare centres and policies are being reformed to provide paternity leaves along with maternity leaves shows that the work culture, even in India, is transforming to make work-life balance a reality for women, too. This indicates their valuable contribution towards the corporate world and the society.

This contribution can also be seen in the modelling and fashion world. Although traditionally a woman’s domain, these fields would open their arms wide to young, unmarried women, while married women would stay away in fear of being judged and criticised as no longer ‘beautiful’. As an educationist, reformist and the founder of Mrs. India Inc, I have come across many women who have so much of untapped potential and talent but struggle with their own identity as well as juggling their many responsibilities. They are extremely talented, but they have not found the right platform to showcase their hidden talent. It is, therefore, important that they are provided with platforms where they can come forth and showcase the best version of themselves.

But today, this scenario has been changing and how! While earlier only Miss India and Miss World were heard of, now there’s also Mrs India and Mrs World. Beauty pageants like these are a way for women to find their identity and become an achiever in their own right. They are an opportunity for women to showcase the many aspects of their personality and-showcase their beauty, wisdom and intelligence.
Pageants have played an important role in this journey of women feeling good about themselves. They get to train, learn and compete with other married women who face the same challenges that they do and are presented with similar opportunities like them. Through these platforms, they can harness the unacknowledged potential that they possess and bring out their individuality and renew self love.

The mere fact that modern offices are being designed to include childcare centres and policies are being reformed to provide paternity leaves along with maternity leaves shows that the work culture, even in India, is transforming to make work-life balance a reality for women

There is a growing need for women to defy the out dated beliefs of the society and become confident in themselves while gracefully conquering the world. In fact, we as a society need to change the world’s perception towards married women and break the stereo types surrounding them.

Take the example of Mrs India 2020, Mrs Navdeep-Kaur. Navdeep is a 31-year-old woman who has been married since the past 7 years and is a proud mother to a5-year-old daughter. She has been an educationist and personality development trainer since the past 6 years, as well as a trained Odissi classical dancer since the age of 3. Talented in creating handicrafts and sketches, she has been also associated with an international organisation called Ladies Circle India, where like-minded women come together to help underprivileged children attain education. 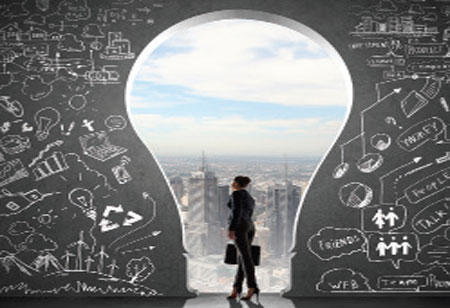 Navdeep decided to participate in the Mrs India pageant because although she had so much going for her, she wished to challenge herself and push her boundaries further. Coming on this platform gave her a way to share her voice and experiences. Today she’s preparing to represent India a global stage, with the Mrs World pageant. Moreover, facing the entire process of appearing in front of so many people who would judge her also gave her a sense of personal growth and confidence.

Ipersonally believe that women empowerment and body positivity will only remain in textbooks and journals until women take the reins in their own hands and dictate the course of their life themselves, like Navdeep. The fashion industry is evolving and undergoing a dynamic change and witnessing unprecedented trends, and women must learn to capitalise on these changing trends to usher in a new era of change and growth. They need to be confident, own their personality and never forget that they are all ‘Queens’!
Read More: