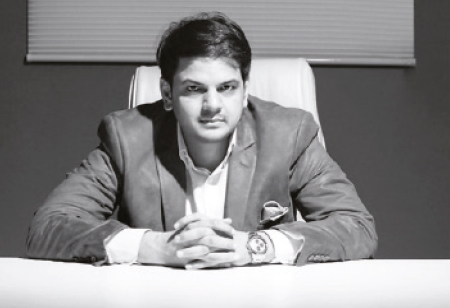 A well-experienced & versed business leader, Ankush has been spearheading the end-to-end operations at TandT Infrazone since almost five years.

Digital Housing Scheme and real sector in India is booming. This is also mantra for every housing developing sector to provide housing for everyone. The theme of the digital housing concept is to well equip the houses with the artificial intelligence. In this advent, digital housing scheme will help in delivering more homes, for people to live in. Real Estate is an emerging industry in Asia and in particular in India.

Digital Housing will help the customers for the longer period and it will provide dwelling at a more consistent and cheaper rate. India aims at moving towards urbanization and development. The emerging development which is well equipped with AI (Artificial Intelligence)is a brainchild of the T & T Group.

As we have seen the expansion of the European countries dwelling and housing, in particular of Estonia, it is well equipped with AI. Greek Architecture inclusion is also seen in the housing complexes of Siddhartha Vihar. On a similar pattern, it has been seen that the Digital Housing Scheme in Siddhartha Vihar includes the designs and architecture from the ancient greek, as they provide one of the finest and distinctive buildings of all time.

Digital Housing is Inevitable
It will help to make the houses healthier, easier and futuristic. There is an old saying in the ad which I have heard ‘Neighbour’s envy, owner’s pride’. When one purchases digitally equipped house, then it would be gleam of the eye. There are various reasons to opt for digital housing, as it becomes easier for the ventilation system, and will include various other amenities as well. It helps in keeping all tabs in one go either by remote or cellphone.
Information at a Glance
Before this, we have always seen that houses have various faults and inbuilt errors which leave everything astray in the house. Old houses were having fewer amenities in comparison to digital housing which has better amenities. The pricing structure of the digital housing is on the higher side. In today’s world, digital housing is a necessity, as it provides a secure environment and also responsible for the reduction of crimes. For example, let’s see the need of the video doorbell; it gives us a glimpse of a stranger who is knocking at the door. People in the domestic front are not that educated and it can lead to various crimes as well in today's world.


The concept of Digital Housing is also misunderstood by few people as they term that digital housing is expensive rather, it should be considered as the necessity. In the digital housing scheme, one sees the overall outlook and presentation of the house along with various other parameters which can be seen as well.

Real Estate Prospective in Ghaziabad
In Ghaziabad, we see that the real estate development has taken splurge and the most phenomenal location for the residential housing complex is Siddhartha Vihar as it has proximity close to Noida Sector-18. In this, T&T Group is aiming at the development of the housing sector by the inclusion of Artificial Intelligence in the real estate projects.

The advent of digital communication in the housing industry will provide a completely different ecosystem which will be close to reality. In reality, digital housing is utmost required. By definition, ‘Digital Home’ is a home equipped with lighting, heating, and electronic devices which are controlled remotely by either a smartphone or a computer. A huge step towards the future, these homes have been taking the world by storm, providing people with different features at their fingertips with the kind of control and convenience that is unparalleled to anything else.
Read More: