Payment Systems In India - Who Will Win The War? 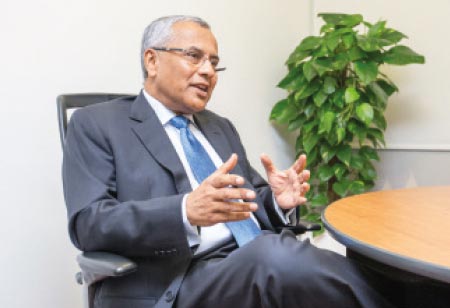 Akshaya has over 39 years experience in the Banking industry and has a track record of leadership in Banking Technology with a strong customer, business.

Unified Payments Interface (UPI) is an open-source platform designed for the mobile age that helps with easy integration of various payment platforms. UPI is powered by a single payment API and a set of supporting APIs. It has a fantastic value proposition including a simple authentication process, simple issuance & acquiring infrastructure, national interoperability, and more. This was a landmark in payment systems worldwide. No country had ever attempted an initiative with such huge implications for going cashless and promoting digital payments with such ease and security.

Samsung started rolling out Unified Payments Interface (UPI) integration to its Samsung Pay mobile wallets earlier in 2017. The latest Samsung Pay app update allows its users to scan Bharat QR codes to make easy UPI payments at merchants. Google has also launched its UPI-based payments app Tez on iPhone and Android, marking its entry into mobile payments space using UPI. The app, available in seven Indian languages, allows users to link their bank accounts to send money directly from their account or receive money to their account. Users will also be able to pay for goods online and in physical outlets. Google has partnered with four banks - Axis Bank, HDFC Bank, ICICI Bank and SBI Bank for this service. Pretty soon, Facebook, Google, Amazon, Apple and Samsung will all be integrated, or have commenced the process of integration with UPI if we are to believe media reports.

Bharat QR was launched, marking another landmark in payment systems. BharatQR, developed by NPCI, MasterCard, and Visa, is an integrated payment system in India. The system allows users to transfer their money from one source to another in a simple and quick way. The money transferred through BharatQR is received directly in the user’s linked bank account. It provides a common interface for American Express, Visa, MasterCard, and RuPay cards. Unlike systems and wallets used by banks, credit card companies and wallet providers, BharatQR is interoperable with all the banks. Many banks and all credit card companies in India support BharatQR, and are offering users special discounts and cash-backs to encourage BharatQR transactions.

Although, BharatQR works, mainly, by scanning QR codes, it is not the only way to make payments. It allows users to pay through Aadhaar number, UPI payment address or through account number and IFSC code, thus minimizing the need to pay using debit and credit card which require PoS terminals and processing costs compared to BharatQR which just requires a merchant to display a QR Code. The beauty is that the QR
Code is a standard code regardless of which bank’s or credit card company’s app you use. The system also supports Dynamic QR code generation which eliminates the need of entering the amount for payment.

Wallets, on the other hand, require users to load them with cash before they can be used. As soon as the user transfers cash into the wallet, the funds transfer to the wallet provider until you use the funds. The wallet company not only benefits from the interest on the float it collects, the user account is depleted even before (he/she) purchases anything. And then, there are merchant fees and charges based on the value of the transaction. When there are no credit risks, it is difficult to understand their merchant charges. And why value based? The risk is not proportional to the transaction value, as the wallet provider already has your funds. At best, they could charge a fixed sum as an operations cost. Wallets present a rather inefficient way to manage payments for you and your merchant!

From a merchant perspective (and users), the plethora of mobile wallets present their own operational challenge. Each has proprietary codes to be scanned and there is no interoperability. The customer and merchant experience is disjointed. Different merchants accepting payments via different wallets means users end-up carrying multiple apps on their phones and keeping them all charged with funds. While UPI could enable the interoperability of wallets allowing users to transfer funds from one wallet to another, RBI has allowed only banks to become Payment Service Providers of UPI service. Mobile wallets have not been given permission yet.

PayTM got its licence to set up a niche bank so it can now pay interest on deposits. The PayTM Bank went live and PayTM Wallet became part of the Bank in 2017. This enabled PayTM to connect its systems with the UPI network. It is highly doubtful that the other wallet providers will be able to set up their own niche banks - so they will probably tie up with banks using the UPI network. Even if we assume that all wallets will find a way of getting on to UPI, why would anyone want to put their hardearned money into a mobile wallet and lose access to their own money even before they spend it. This is one of the key issues that could kill the Wallet.

Increasingly, QR code-based payments are seen to be the most cost-effective way of expanding the digital payments footprint in Asia where traditional card based instruments have failed. Regulators have also realised that if payment platforms are left to market forces, market participants will establish their own proprietary closed-loop systems, benefiting only the largest players. Regulatory efforts in India, Thailand and Singapore have aimed to improve interoperability.

How To Democratize Innovation Within The Organization?

From Insights To Innovation, Data-Driven Marketing To Disrupt The Future Of Brand Campaigns