India’s $5 trillion Economy Vision Hinges on A Strong Digital foundation
Digital transformation once considered a key discussion topic amongst CXOs, has started becoming mainstream. The sheer pace of digital transformation is incredible impacting companies of all sizes, across industry sectors. Taking note the government has identified digitalization of every sector as one of the ten leading targets in the next decade. Will this pave the way for the creation of a strong digital ecosystem by 2024-25?

Earlier this year, the Government introduced two new policies: the National Policy on Electronics(NPE) and the National Policy on Software Products (NPSP), with an eye on further empowering the nation’s growing digital economy. Both these policies aim to help India build a comprehensive digital manufacturing and R&D ecosystem, and are expected to supplement digital transformation efforts already underway, as part of the ‘Digital India’ programme. Reiterating its commitment to build a strong digital economy, the Government, in its Union Budget for FY 2019-20, invited additional investments to boost India’s digital prowess.

For starters, India’s digital consumer base is the world’s second-largest, as well as the second-fastest growing among 17 major economies, as per findings of the latest India Economic Survey. And this base is core to the creation of future economic value and societal empowerment as digital solutions backed by newgen technologies such as artificial intelligence(AI), Internet of Things(IoT) and automation become ubiquitous. It’s therefore no surprise that the burgeoning digital economy in India is envisaged to reach a value of nearly $1 trillion by 2025 a five fold increase from the current $200 billion. Right from multinationals to government entities to entrepreneurs of all sizes, digitalization is making Indian enterprises future-ready to take advantage of opportunities and overcome challenges. This is in line with the government’s ambitious vision to make India a $5 trillion economy at large by 2025.

Reimagining India Against the Industry 4.0 Backdrop
True to the tenets of the fourth industrial revolution the next phase of India’s prosperity will be driven by digitalization with next generation technologies. The nation’s naturally tech-savvy demography 1.2 billion mobile phone connections, 560 million internet subscriptions, and over 350 million smartphones will serve as the fulcrum of an inclusive digital
transformation. We’re already seeing more and more deployment of digital tools in the priority sectors of healthcare education, financial services agriculture and transportation. From emboldening India’s IT-BPM industry to doubling farmers’ income, a strong digital economy holds the key to delivering sustainable growth, propelled by transformational innovations. A robust digital economy will also help India be better prepared to tackle some of the opaque complexities of the global marketplace.

Digitalization of the economy in entirety is a key prerequisite for some of the government’s flagship transformational programs such as ‘Make in India,’ ‘Startup India,’ and ‘Skill India,’ to succeed. Meanwhile, with a growing number of government to citizen(G2C) services reaching a wider audience, more Indians are now becoming a part of the formal/ organized economy than ever before. This is opening-up latent demand for trade and investment for local and global businesses alike. Besides achieving national economic targets, digitalization has also become critical to improve ease of transacting and improving quality of living. Implementation of Aadhaar the biometric digital identity program spanning 1.2 billion citizens, and the Goods and Services Tax(GST), which brought more than 10 million businesses online have been the hallmarks of large-scale digitalization in India.

The Next Big Digital Leap
India is looking to extend digital literacy to 60 million rural people by March 2020. As more people come online, tools such as JAM Trinity, a union of Jan Dhan, Aadhaar and Mobile number will better contribute to nation-building and overall economic progress. Digitalization has already helped disburse over $86.4 billion directly to the bank accounts of beneficiaries spanning over 430 government schemes since 2015 while saving around $15.3 in the process by plugging channel inefficiencies. For such massive datadriven government initiatives as well as private commercial ventures to be successful in the future, they will need to be backed by a technology that combines the best of human and machine capabilities. That’s where the role of a modern cloud platform becomes crucial one that enables digital scale, security and performance, along with optimizing cost savings.

A new generation of cloud computing, a Generation2 cloud, with automated security and functional independence can best assist a modern entity in maximizing its business potential. A modern cloud platform can help entities scope-out new businesses and predict future obstacles with the most efficient and safe utilization of data. It is also the bedrock of innovation and application of new technologies such as AI, IoT, and automation.

In summary, a robust, next generation cloud platform will be the vehicle for India to further narrow its digital divide, paving the way for the making of a strong digital economy. Are you in the driver’s seat?
Read More:

How Lighting & Decor Can Transform Avenue

The Much-Needed Revolution Brought In By Educational Technology. What Lies Ahead? 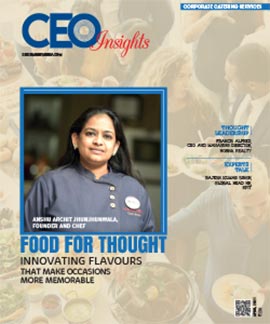