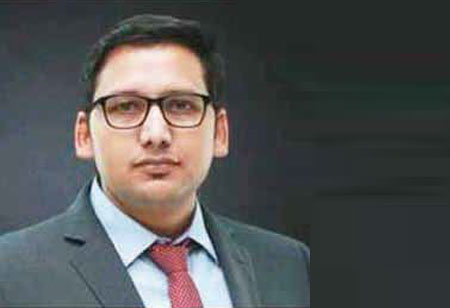 Mradul boasts of a 13-year long career during which he has been associated with companies such as Bajaj Alliance General Insurance, IFFCO Tokyo General Insurance, BlueOcean Systems, and many others, and has even worked as a Mentor of Change with the Indian Government's Atal Innovation Mission.

Traditionally, logistics management has typically been a process that has been handled manually, or on separate pieces of software. Despite being a process that handles scale-fleets numbering in hundreds, delivering shipments which weigh thousands of kilograms and handling multiple truck heads at one go, for the longest time, automation in the sector was practically unheard of. But all this is set to change with automation coming into the picture in recent years. At the start of 2020, a large European FMCG firm sought to automate its delivery management software. By the end of the year, the company found itself 43 percent more efficient in terms of the 'time' parameter in terms of its logistics operations.

A large part of the company's success can be attributed to the use of scheduling and delivery routing capabilities on top of the fundamental field service management software for transportation. With a thorough understanding of the situation, the company was able to benefit from new age solutions that centered on technology frameworks, leading to the rise in operational efficiency.

This understanding has been developed on the basis of a customer requirement management flowchart developed at McKinsey that touches upon the challenges and demands a customer has during their business journey.
Besides allowing logistics management companies to gain insights into the company's requirements, there are three key features to keep in mind that will enable greater efficiency in operations:

1.Linehaul Express Tracking: Complete Visibility of Vehicle Type & Beyond
An often overlooked factor when it comes to transportation of goods is the nature of the vehicle. When handling sensitive goods, more often than not, they require a certain type of vehicle with certain specifications. Using Linehaul express tracking, customers can avail complete visibility right down to granular details of the trucks, even if you are a 3PL provider.

2.Field Workforce Management
One of the biggest challenges in the global logistics space is the shortage of manpower. Due to this, overworking and tiredness is one of the major causes of road accidents by drivers. To address this concern, automation solutions step-in to handle all field workforce management needs be it fleet management in cases such as the CEP(Courier Express and Parcel)industry or be it last mile delivery in QSR (Quick Service Restaurant)scenarios.

3.Artificial Intelligence & Machine Learning in a Transportation Management System
As technology permeates into every sector and operation imaginable, Artificial Intelligence and Machine Learning are transforming transport management. Through this, it is now possible to track billions of location data points annually, which in turn help algorithms become smarter to bring about increased efficiency to supply chains.

Moving forward, as we prepare to enter a post-pandemic world, PwC has pegged automation as key to agility within the supply chain sector. Aided by the fact that 34 percent of financial leaders pledged to leverage automation to improve and increase efficiency in logistics management, the sector has a lot to look forward to. Once there is 100 percent automation in the industry, we can look forward to the benefits of supply chain agility and speed & accuracy of decisions making. As the pandemic has put logistics automation on the highway, it's time to get going before it's too late.
Read More: